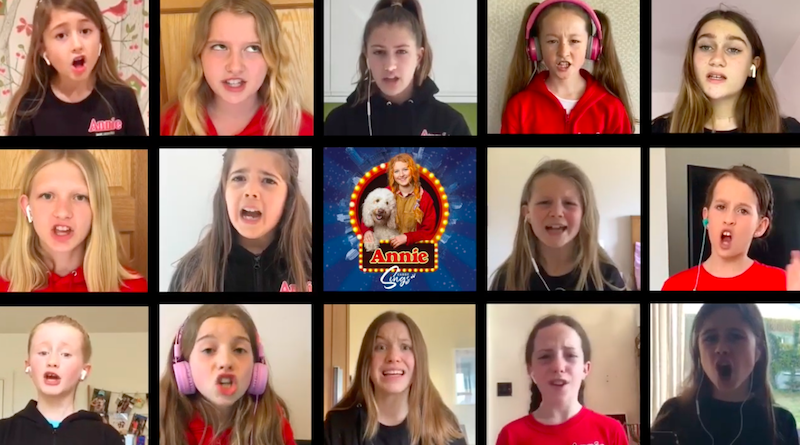 The curtain was meant to go up on GADOC's latest show over the Bank Holiday weekend, with Annie and her orphan friends due to take to the stage at Beau Sejour after months of rehearsals, but corona virus claimed it as a casualty instead.

The show starred a number of young performers as well as their more experienced counterparts in the adult roles in the famous musical.

The near sell-out show was due to run for a week, with hundreds of people booked to see the performance.

While it is hoped Annie will make it to Guernsey's stage later on in the year, some of the younger cast members have given the public a virtual 'sneak peek' at what they can expect.

All of the children playing orphans in the show recorded one of the hit musical numbers, 'It's a Hard Knock Life', from their own homes. The videos have now been put together to give audience members, who were left disappointed, an idea of what they can hope to see in the future.

"We are so sad to have to postpone this brilliant show, which is all ready to go into the theatre, with all the wonderful sets and costumes having been made, and a fantastic cast champing at the bit to get on stage," said Director, Lisa Johnston.

"Rehearsals have gone so brilliantly, that I know the Guernsey audiences were in for an absolute treat – but rest assured that, as soon as possible, this show will go on and help to drive away the blues! As the song says – ‘the sun’ll come out tomorrow’."

All those who booked tickets have been refunded.