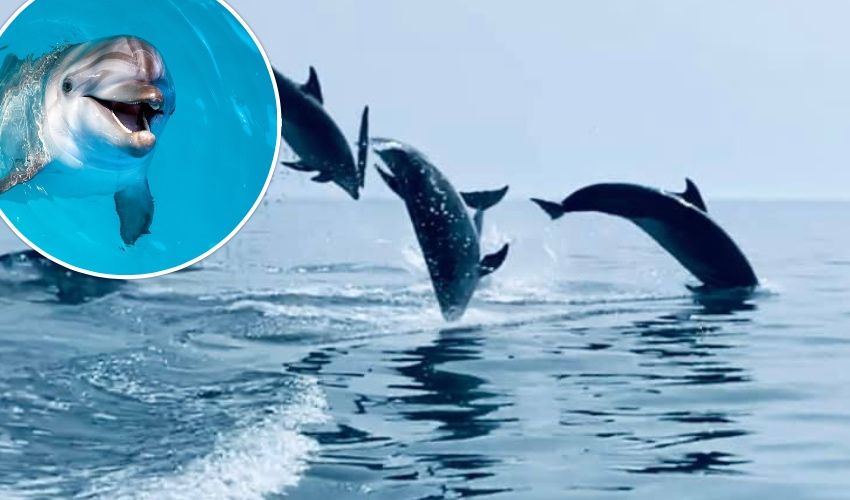 A group of islanders managed to capture a spectacular display of a pod of dolphins between Guernsey and Jersey earlier this month.

Oracle Directors Conor Burke and Martyn Loveridge were treated with the dolphins at play on their way back from a business trip in Jersey. Mr Burke's wife, Jen, captured the footage of multiple bottlenose dolphins jumping simultaneously. 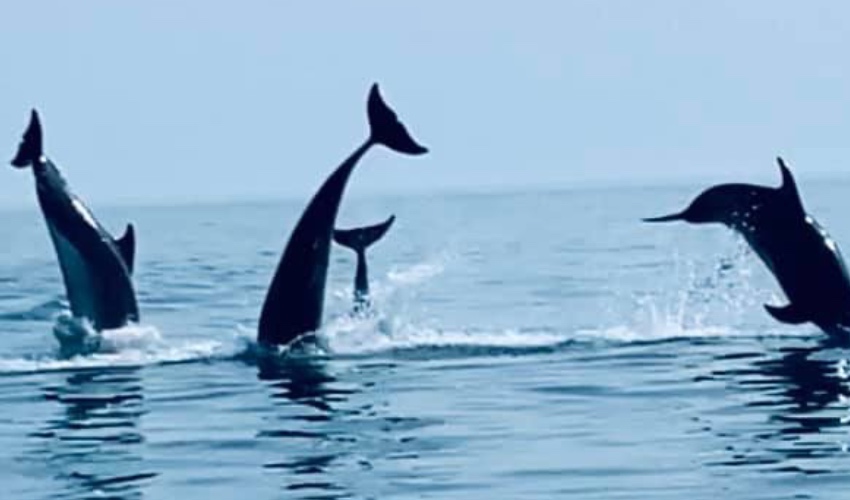 Pictured: The pod of dolphins were spotted on Friday 17 June. (Credit: Jen Burke.)

"It was absolutely fantastic to see and completely unexpected," said Mr Burke.

"We had spotted the dolphins from a few hundred metres away and gradually got closer. It was on one of the hottest days of the year so far and water was completely calm, it was beautiful."

Mr Burke said that, at one point, five of the marine mammals jumped out the water at once. Mrs Burke shared the video on social media. The video has been shared nearly 300 times from the "Dolphin Spotting Guernsey" Facebook page.

"We were really pleased and lucky to see them, especially on a day with such perfect weather," said Mr Burke.

The Dolphin Spotting Guernsey Facebook page is run by The Dolfin Project and encourages islanders to share stories and photos off any dolphins they spot in Bailiwick waters. 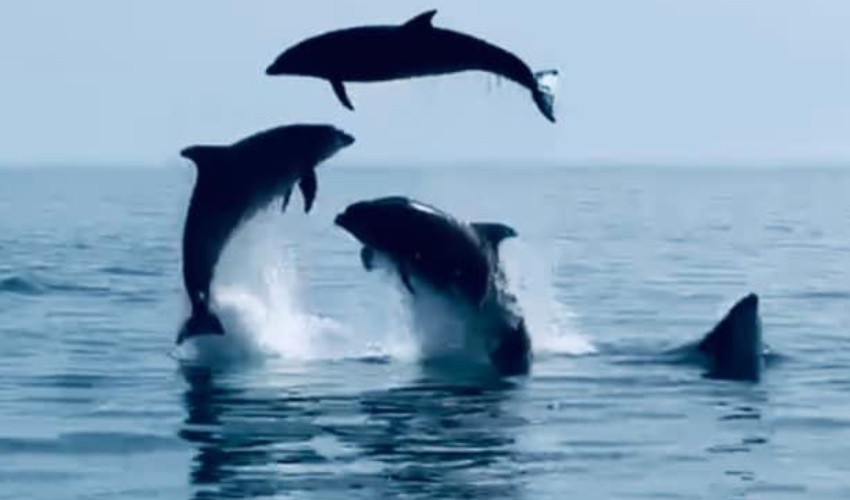 The page explains that photos which include fins are particularly useful to help monitor the local populations because the fins "are like fingerprints".

"Dolphin fins accumulate nicks and scars over time which make them unique to each individual. Fin photos can be used to measure population sizes and dynamics over large periods of time."

The Dolfin Project was set up by the Guernsey Biological Records Centre. More information is available HERE 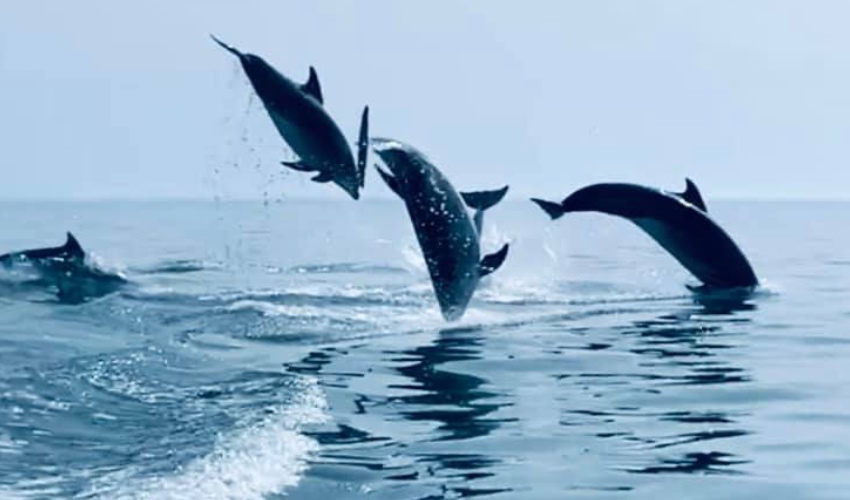 Pictured: Mr Burke said at one point five dolphins jumped out the water at the same time. (Credit: Jen Burke.)

Call for more data on dolphins

Call for more data on dolphins