WATCH: Van goes up in flames 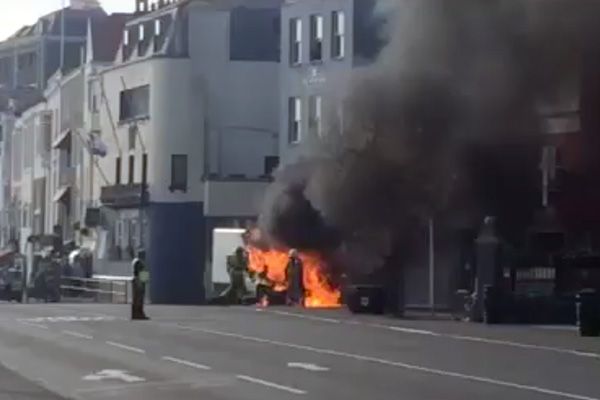 WATCH: Van goes up in flames

The St Peter Port seafront saw dramatic scenes this morning as a delivery van went up in flames, with the heat of the blaze even damaging the road surface.

The Cimandis van was being driven past the Ship and Crown when the driver had to stop and run as smoke and then flames started coming out from the bonnet.

He escaped unharmed and no one else was hurt either, but the fireman in charge of the response said they were concerned for the safety of people and buildings nearby.

The first 999 calls were made shortly before 11:45 with Guernsey Fire and Rescue Service on the scene within minutes. White Watch Commander Dave Wallace said his crew had it under control within around a minute of arriving at the scene.

It had been quite an "intense" fire he said.

"The heat was quite intense, and we could see we had a large fire in progress which may or may not spread to the buildings if left uncontrolled.

"There was no danger, the smoke wasn't very nice in the area and the visibility was down around the vehicle, so it was best that people stayed where they were regarding the fire and the smoke. We had it controlled within a minute of arrival so there was no danger of it spreading once we were here." 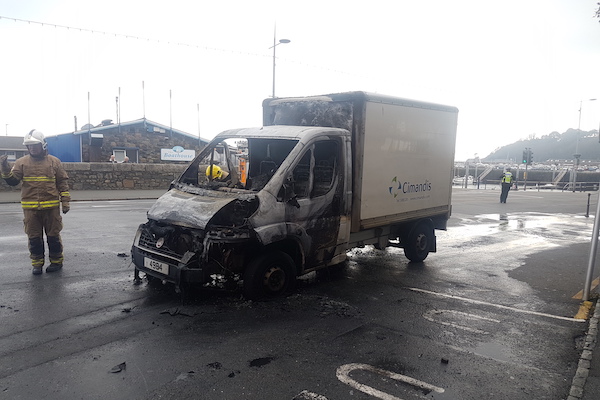 The clean up operation took a while, with the fire crew making sure the vehicle was safe, before it was loaded on to a recovery vehicle to be taken away for inspection. Early indications are that the fire may have been caused by an electrical fault. 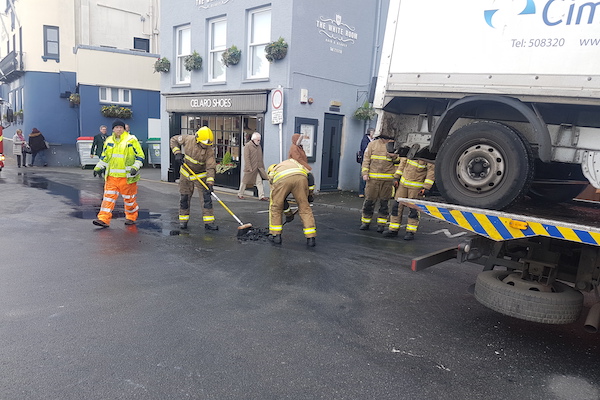 Pictured: Guernsey's firemen clearing up after the van blaze.

Watch Commander Wallace said the road surface was also damaged by the heat of the blaze.

"The heat of the fire has caused slight damage to the tarmac to the left hand side of the road, and there's also debris from the vehicle left on the road."

Above: Video shared by Guernsey Fire and Rescue Service via Facebook.

Pictured top: The flames as the fire took hold. Image by Mike Jackson.

Firework displays should be declared "no matter how small"