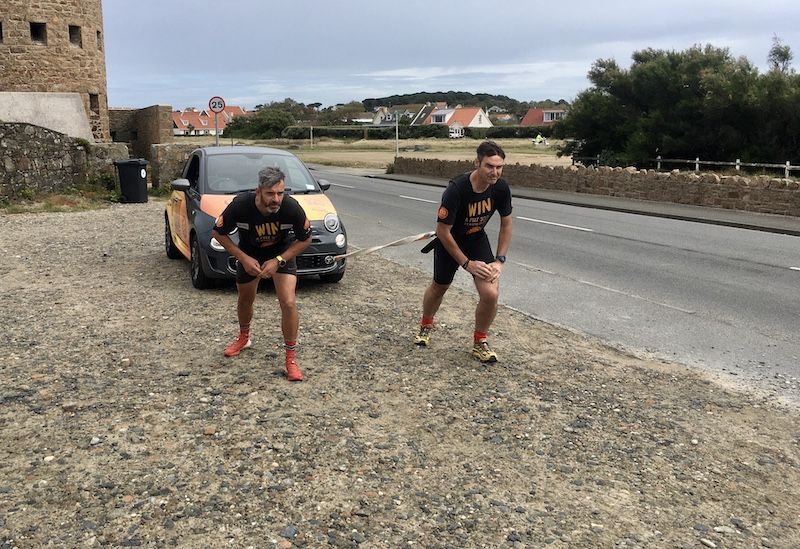 Renowned long-distance runners Philip Smith and Warren Mauger are raising money through brute strength, endurance and determination - by attempting a marathon while pulling a car.

The two stalwarts of the ‘This is EPIC’ charity decided to embark on the challenge following a post-lockdown catch up.

“Warren and I met in the summer over a coffee," said Mr Smith. "We were a little bit broken with life under lockdown and life in general and he just came out with the idea of pulling a car for a marathon - without thinking I said 'yes'."

The duo will be pulling a Fiat 500 for 26.2 miles to promote their car lottery. Ticket sales will go towards charitable initiatives in Uganda and the Democratic Republic of Congo.

“If Guernsey can support us, it will make a massive difference to thousands of people." 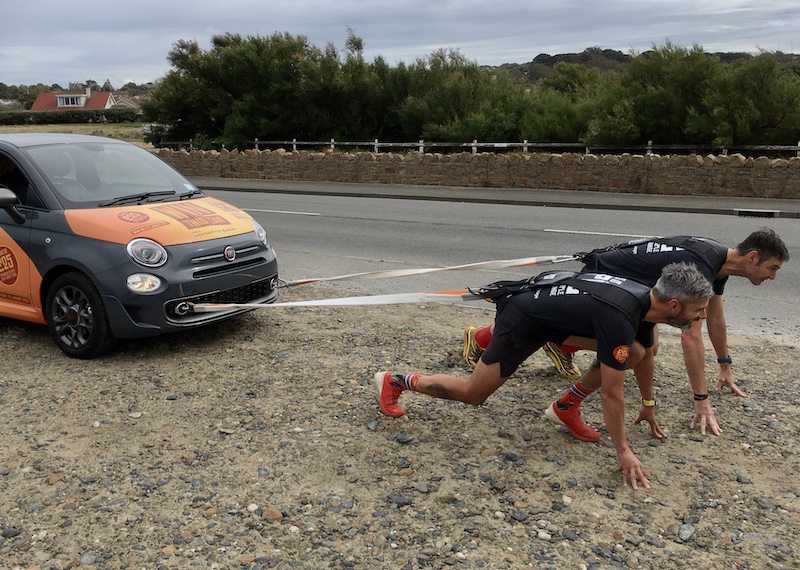 Pictured: Warren and Philip will start the challenge at 06:00 on 16 October, to make the most of daylight.

“We committed to doing it and we didn’t really know what we were getting ourselves into,” he said.

“We’ve done four months of pretty intense training, four heavyweight sessions a week plus five sessions pulling a heavy weighted sled– we’re up to 15 hours a week of heavy training and it has been way outside our comfort zone.”

They will pull the car back and forth along a one-mile strip from Richmond to Vazon. It’ll have a passenger in it to steer, bringing the weight of the car to just over one tonne.

“We started off thinking it would be 12 or 13 hours. I think now we’ve done some practice we think it’ll be less – maybe 8 or 9 hours,” said Mr Mauger.

Pictured: To launch the event Warren and Philip went for a ‘test-drive’ yesterday.

Tickets for the lottery cost £25 and can be bought on the day. The team hopes for lots of people to come down, offer their support, buy tickets, and donate to the charity.

This is EPIC has partnered with Le Mont Saint Garage, who donated the Fiat as a prize.