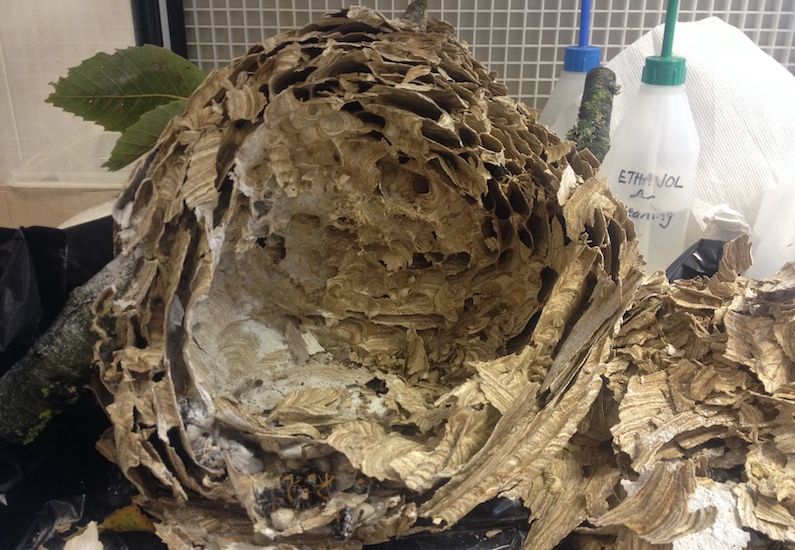 The dissection of an Asian Hornets nest has shown that it was discovered "just at the right time", before any Queens or males had developed.

Asian Hornet Strategy Field & Research Officer Damian Harris has this week examined a nest that was found in St Saviour's earlier this month.

Damian Harris talking us through part of the dissection and explaining what the findings mean.

The nest was 30cm/1ft in diameter and consisted of three-and-a-half combs containing eggs, larvae and sealed pupae (an immature form between larva and adult).

It is estimated that the colony of hornets the nest could have housed would have been around 1,500 if it reached its peak.

However, the dissection revealed no signs of queens or males being raised at the time of the nest's removal.

"This nest isn’t that developed compared to some nests we had last year," said Mr Harris. "Fortunately, it looks like we have got to this one at just the right time." 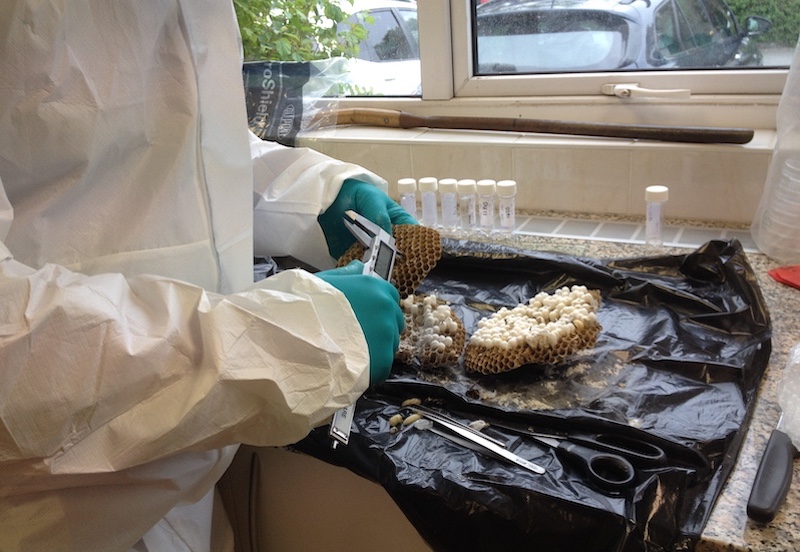 Pictured: Damian Harris measured the cells and inspected the silk cocoons to work out what kinds of hornets the nest was producing and what stage they were at in their development.

Traps were set in the vicinity of the nest as soon as it was removed, enticing any stragglers that were on the lookout for sugar having been deprived of their main food source.

Those traps have captured only two hornets, which indicates that the nest was not yet producing or raising Queens or males.

Members of the public are asked to remain vigilant, and the race is on to find and destroy nests in the autumn before the hornets have a chance to produce the next generation of females who will become the Queens next spring.

Any sightings can be reported by calling 234567 or emailing asianhornet@gov.gg and more information about how to identify them - and the wider 'Spring Queening' initiative - can be found here.