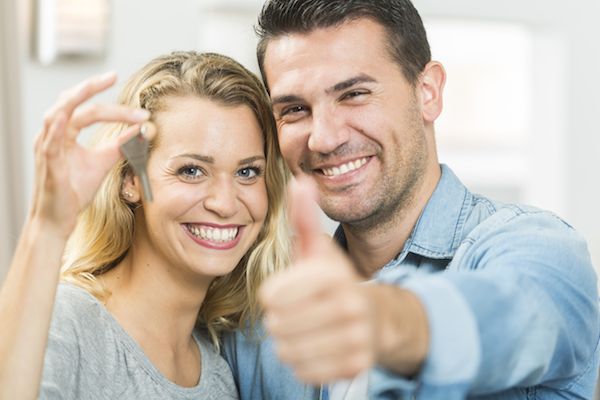 Changes to document duty announced in the 2019 Budget have been described as good news for those wanting to buy their first homes, and the property market as a whole.

From 1 January, 2019, document duty on the registration of bonds is being slashed to 0%, which Deputy Gavin St Pier said is "a positive move" and one he is expecting to be universally welcomed.

As cutting document duty on the registration of bonds will lead to a loss of income, the document duty rates for conveyances will go up by 0.25% on the bandings covering up to £400,000, and up by 0.5% on higher bandings. 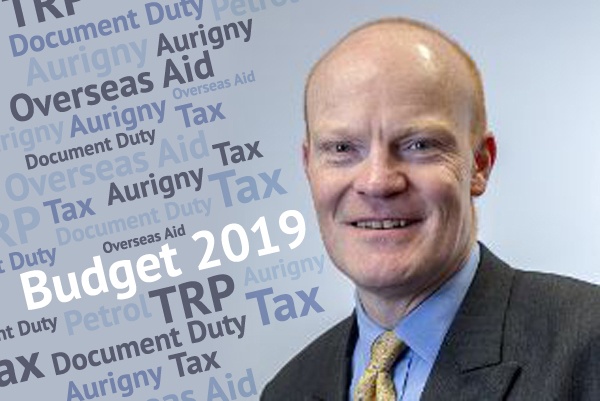 Deputy St Pier said this will all benefit first time buyers in particular and he said it will have a wider impact on the housing market.

"There aren't any significant surprises in here (the 2019 Budget), for those who do follow these things from year to year. I think those things that are perhaps unexpected is perhaps the abolition of document duty on bonds. That is something that people wouldn't necessarily be expecting but we believe that is a significant move, in terms of being able to help free up the credit market, increase competition in that market and also with particular benefit for first time buyers who will be typically borrowing at the higher loan to value ratio and also at the lower value end of the market so they will be benefitting the most from that particular change." 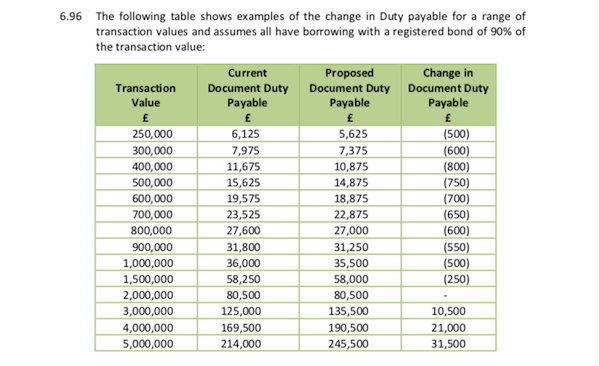 Pictured: How changes to document duty will be seen.

The proposed abolition of document duty on bonds has been welcomed by those in the property industry, including Paul Welch, the Founder and CEO of largemortgageloans.com who had been campaigning for changes to the current system.

He said slashing document duty on the registration of bonds will open up the market and allow mortgage holders to "truly find the most competitive deals."

Mr Welch had been canvassing the public and lobbying opinion leaders for six months to abolish the charges, which he called "an unnecessary tax on mortgage holders."

“There have been concerns expressed that the duty on bonds discourages changing mortgage provider and thus ‘trapping’ people into paying higher interest rates than available elsewhere," he said.

"It is claimed that the document duty charged on the registration of bonds is a significant impediment to borrowers re-financing, consequently limiting competition and driving up borrower costs." 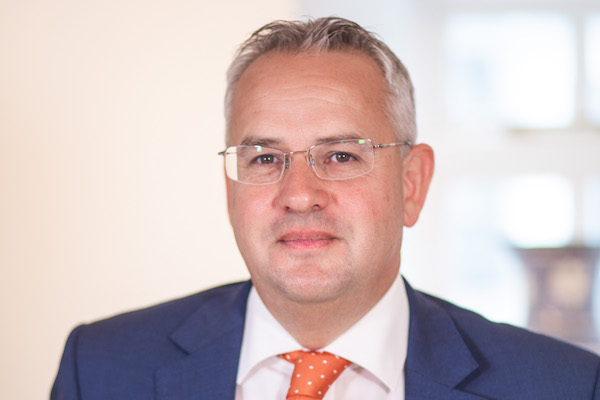 Mr Welch's company ran a survey earlier this year, which found that 8 out of 10 homeowners would consider moving their mortgage if they didn’t have to pay bond registration fees. Mr Welch said, “I’m delighted this feedback has been taken on board. This decision will allow for real competition in the mortgage market for the first time, which is an incredible step forward.”

Ogier property partner Martyn Baudains agrees the scrapping of document duty on the registration of bonds is good news, which will help people onto the property ladder.

"The changes have come about as a result of pressure from within the industry to make it less expensive for borrowers to move their mortgages between lenders.

"Other costs will remain the same, such as valuations, arrangement fees, Court and Greffe fees and Advocate's fees, but with document duty on a typical £400,000 mortgage being £2,000 it is likely to make it more attractive for borrowers to hunt out those better rates.

"The additional document duty on purchases has been geared in such a way that a purchaser buying a property for £300,000 and borrowing 90% of the purchase price will actually be £600 better off.  That will benefit first-time buyers, who will almost certainly be borrowing, but anyone not borrowing will pay extra in duty – about £730 duty on a £300,000 purchase.  At the other end of the market a purchaser of a £5m house who is not borrowing will pay about £58,000 extra in duty." 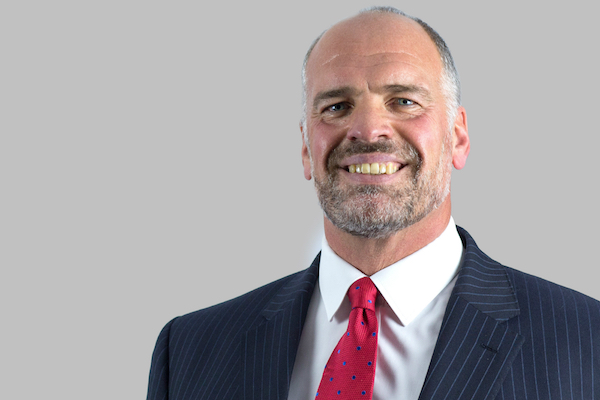 If approved by the States the changes to document duty will come into effect on 1 January 2019.

Deputy St Pier is confident the States will back his proposals in full, saying there is no reason to oppose the changes to document duty in particular.

"It is a positive move, so I would hope there wouldn't be any opposition to it. As ever the challenge for any opposition to any measure, including that one of course, is that if you are going to change it is thinking about the consequence of that change on the rest of the budget."