A 22-year-old man has been sent to prison for assaulting two people, one of whom he punched repeatedly in the head.

Shaun Riley was sentenced in the Magistrates’ Court for assault and using unlawful violence, both of which he pleaded guilty to.

In the early hours of 20 June this year, Riley was kicked out of Folies along with another man. They exchanged heated words outside and the other man pushed Riley, who then responded with a head-butt, causing the other man to collapse on the ground.

Riley walked away from the scene but was apprehended by police officers.

During interview he said he couldn’t remember the incident very well because he was ‘seven out of ten’ drunk. He was subsequently released on bail, where he went on to commit a further offence.

Pictured: Riley appeared for sentencing in the Magistrates' Court on Thursday 7 October.

On 11 September at 02:30, police officers were driving up St Julian’s Avenue when they saw Riley kneeling over a man while repeatedly punching him in the face. Both the victim and Riley were halfway off the pavement.

Officers honked the horn and Riley fled the scene towards the top of Smith Street. He was followed and apprehended after a member of the public tripped him up.

Paramedics were called to the scene to tend to the victim, but they were nowhere to be see and Bailiwick Law Enforcement have been unable to track him down since.

“Not only were those blows significant,” said Judge Graeme McKerrell. “They were numerous.”

“We don’t know what happened to the victim and you don’t know either because you were too drunk to recall.” 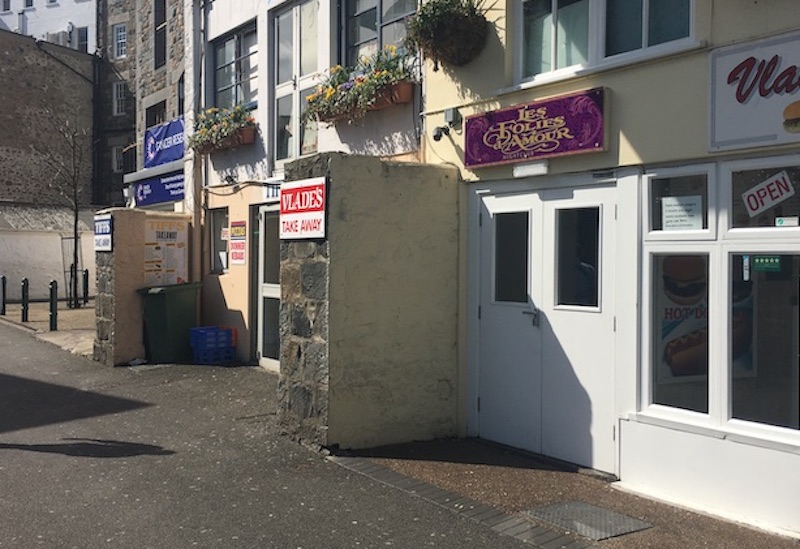 Pictured: Riley’s first assault was carried out on the North Plantation outside Folies.

Defence Advocate Phoebe Cobb argued that Riley had increased his alcohol consumption recently because of the breakdown of his relationship and couldn’t remember either incident very well.

She said that if the damage inflicted upon the unknown victim had been significant he would’ve ended up at A&E.

Despite this, Judge McKerrell took a dim view of both attacks, especially considering one had occurred while Riley was released on bail.

Riley was sentenced to one month for the assault outside Folies and five months for the attack on the unidentified victim.

He will serve them consecutively, totaling six months in Les Nicolles.