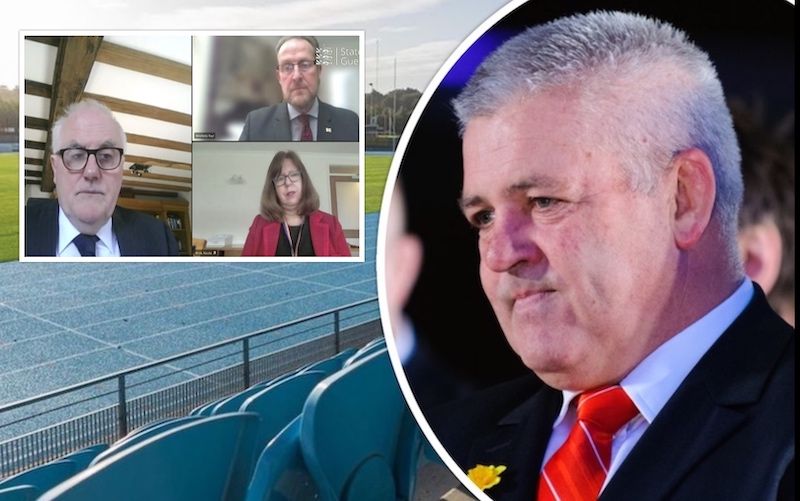 British & Irish Lions Head Coach Warren Gatland was one of around 50 travellers to be given bespoke self-isolation arrangements in the last fortnight, it has emerged. The rugby coach was also invited to a private dinner following negative Covid tests, contradicting earlier assertions from the States that he received room service throughout his stay.

It is hoped that the trip, if it were to go ahead, would send a message across the world that covid-free Guernsey is 'open for business'. However, the decision to drop 14-day isolation requirements for Mr Gatland in favour of a routine tailored to his "justifiable need" to visit has proved divisive.

Some have hailed the sporting and economic opportunities it presents, while others, including the former Chief Minister, have declared their discomfort with special exemptions and the way communications have been managed.

Saturday's initial statement - following media questions - said that the rugby coach had been given "special permission". It also stated that this was "a process we have used many times during our management of the pandemic where there has been a justifiable need for someone to visit the island but not complete the full self-isolation requirements."

A more comprehensive statement from the States four days after the first has revealed new information, following further questions. This confirmed that there had been a private dinner at St Pierre Park attended by "a small number of guests" - despite Saturday's release saying that Mr Gatland had received room service throughout his stay. 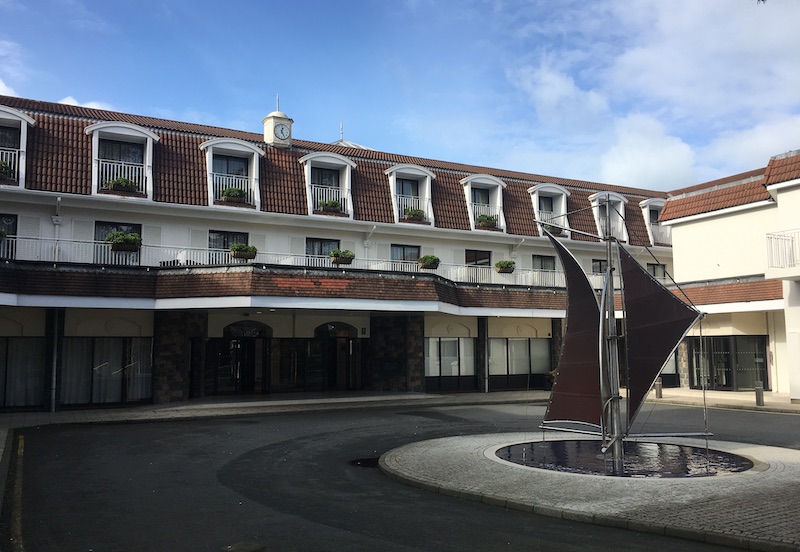 Pictured: The States has now confirmed that a  meal was allowed to take place in a private dining room at the hotel where Mr Gatland was staying. This was attended by "a small number of guests, including local sport representatives and the States Chief Executive".

The trip was initiated by Mr Gatland, who approached the States through a contact he had met at a Wooden Spoon charity event during a previous visit to the island.

Contact was then made with the States Chief Executive, Paul Whitfield, as it was "not possible for them [the Lions] to review facilities remotely" given the scale of their operation.

Advice from the Director of Public Health, Dr Nicola Brink, was that measures could be put in place for the trip to take place safely, including daily testing to ensure daily negative results and limiting Mr Gatland's activities "to a few defined locations".

The Chairman of the Civil Contingencies Authority, Deputy Peter Ferbrache, was briefed and was "fully supportive" of the plans, while his committee - Policy & Resources Committee - also received a verbal briefing.

"Decisions on whether to grant an exemption to self-isolation requirements, whether that be on compassionate grounds, medical grounds, critical workers or where there are exceptional circumstances, are made at senior officer level," said a spokesman for the States, who said it was not a political decision.

"Varying self-isolation requirements on an individual basis is not uncommon, for example about 50 such instances have been approved in the last two weeks on compassionate grounds."

I'm feeling really, really guilty now as I've advised relatives of a bailiwick resident who has tragically and prematurely died that they would need to isolate for 14 days if they wanted to join family here. Didn't realise that 50 compassionate dispensations recently granted -

Pictured: Special isolation dispensations for those with a compassionate need to travel came as a shock to one Deputy, who has given conflicting advice to people who had approached for help.

The spokesman said Mr Gatland "was allowed to visit defined locations only, drive around the island in his own car, or in the back of a car with a mask on and open windows" after having received a negative test result that same day.

In a press release on Saturday, a quote attributed to Dr Brink said Mr Gatland's short visit "was very tightly controlled, so we were comfortable it could be done safely.

"Measures including a post-travel test result, test on arrival, testing on each day, remaining in a hotel room with room service for meals and only leaving to visit a specific location or drive around the island in a car, were put in place."

Wednesday evening's statement contradicted these comments about room service, revealing that Mr Gatland had actually dined in a private room at St Pierre Park with  a "small number of guests". There was a separate lunch meeting with the Chief Minister and others at Footes Lane.

"While room service was the primary mechanism for meals during his stay, during one meeting at the club a selection of sandwiches were served as Mr Gatland met with a small number of people in a large room, socially distanced with hand sanitiser available," the spokesman said.

Guernsey has wanted to attract a significant international sporting event for a while so as to demonstrate its ability to host. This is much wider than sport it’s lifestyle, business and location.

Pictured: Guernsey Raiders Co-Chair Charles McHugh says that Guernsey hosting a training camp for the Lions side would be a fantastic opportunity for the island.

"This included Deputy Ferbrache, the States Chief Executive and the Director of Public Health to explain Guernsey’s response to Covid-19, our current circumstances, potential Public Health measures if the Lions decided to visit and to discuss the available facilities.

The spokesman continued: "A further meal was allowed to take place in a private dining room at the hotel where Mr Gatland was staying. This was for a small number of guests, including local sport representatives and the States Chief Executive to further discuss logistics of how a potential Lions visit could work.

"Again, this occurred only after Mr Gatland had received a negative test result that day. As such there was no public health risk. He received a further negative test the day after this meal, indicating no risk of infection to people attending this meal."

Pictured: Mr Gatland met Deputy Ferbrache, Mr Whitfield and Dr Brink among others at Footes Lane to talk through Guernsey's response to Covid-19 and the facilities the Lions would need if they were to hold a training camp here.