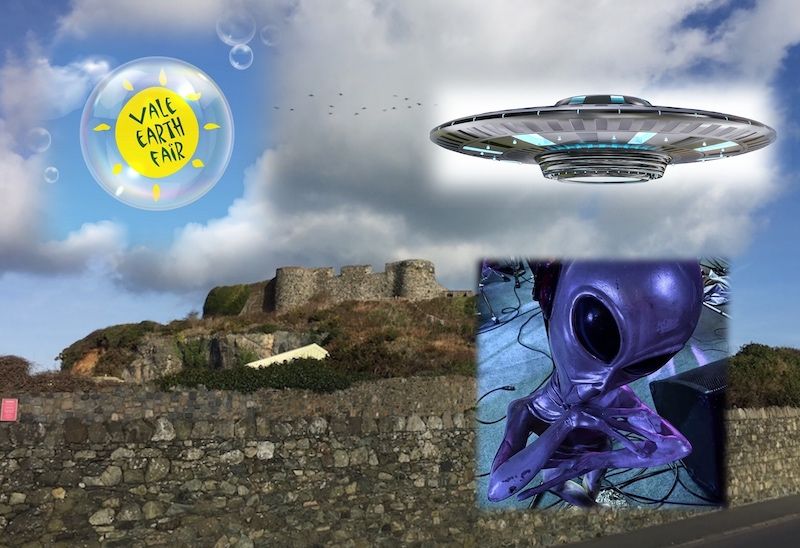 Preparations are well underway for this year's Vale Earth Fair, with a group of volunteers already setting up the six stages and various tents at Vale Castle, for what is one of the very few festivals to take place in the British Isles this year.

With several fundraising events since June, and entirely local acts across the festival’s six stages, excitement has been building for the annual festival.

More people will be able to join in this year, as the organisers announced they will be live streaming the main Castle Stage for the whole day.

Ongoing travel restrictions mean that the usual international acts are not able to attend this year. In response, organisers have filled the line-up with local talent.

With over 67 acts performing on Sunday, as well as a number of DJs, food and beer tents, and other attractions, this year's festival has certainly 'revived and thrived', seeing the challenge as an opportunity for a new approach. The line-up is a 'who's who' of local musical talent, including psychedelic headliners The Recks, folk favourites Buffalo Huddleston, and the return of heavy rockers Lord Vapour.

Two changes have been made since the reveal of the full line-up: young pop band Kings will be gracing the Viewalalu Stage, and alt-rockers Fly Casual will bring a breezy, 90s vibe to the Castle Stage.

While volunteers are setting up for the main event, local grunge rockers Coastal Fire Department are preparing for the traditional 'warm-up gig' at the De La Rue on Saturday evening.

This is one of several events held in the lead up to the day, including a fundraising concert in June, a DJ evening and quiz night earlier in August. These fundraisers help finance the festival, so that profits from the day can go toward various charitable causes.

The iconic alien figures, who have become something of a calling card for the Festival, were in attendance at each of these events.

To ensure a safe journey home, CT Plus have been selling tickets for two bus routes on Sunday night for festivalgoers. A ‘South Route’ goes through Town to St Martins Village, while the West Route moves along grey road towards Vazon and Kings Mills.

The few tickets that remain for these routes are available for £3 each from the Kiosk at Town Terminus.

Bailiwick Law Enforcement have warned they will take a ‘zero-tolerance’ approach to the alcohol-free zone surrounding the Vale Castle on the day of the festival, in an effort to reduce anti-social behaviour.

As the island prepares to open itself back up to the world, the Vale Earth Fair feels to some like a celebration of Guernsey’s achievements during the pandemic. Click HERE to read more about the performers who will be part of the festival.

Online tickets are no longer available, but some stores will be selling physical tickets for the advance price of £10 until the day, or will be available on the door for £15. More information is available on the Festival’s website, or Facebook page.

Theatre team pull an 'All-Nighter' to get show on stage