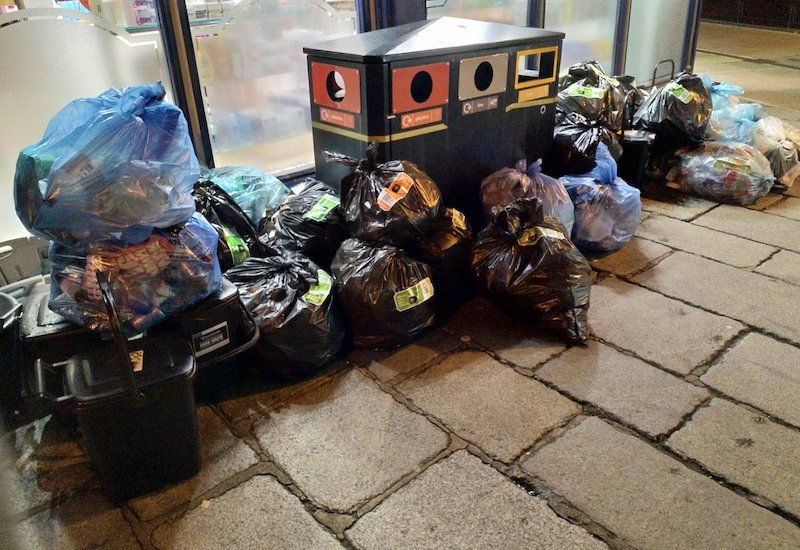 The States are encouraging people to use white rather than black 50l bags, but have confirmed that either colour is accepted.

Some members of the community have taken to social media to express confusion and frustration after bin men refused to take their 50l black bags, despite having orange stickers attached.

That has raised questions over whether contractors aren't accepting the smaller black bags.

A spokesman for States Trading Assets said either colour of bag is fine and that some mistakes were always going to be made in the early stages of the new system.

"There is not a significant issue with black 50 litre bags.  We had a handful of reports last week where some were left behind, but they should subsequently have been collected. The system was completely new, so one would expect if there were going to be any mistakes made then that was the most likely time.

"The vast majority of 90 litre bags that households use are black, and the vast majority of smaller bags that households use are white.  So clearly it would assist the bin men if people used a white bag along with the orange sticker, and they are widely available in shops, but we have not made it a requirement because we have tried to be as flexible as we can be. We will keep it under review and if there is an issue we may revise the current guidance. "

This time last week, this area of Town had a lot of unstickered waste bags, which the bin men left behind. Was an unwelcome sight on Monday morning, before we got back to clear it. Looked much better this evening, and similarly throughout the rest of Town. We're getting there ????. pic.twitter.com/ABfRWoVqbg

"It is worth remembering that both the option of a 50 litre sticker and the ability to have any colour of bag are for the convenience of households.  We could have just had one size of sticker for any bag, and stipulated the type of bag everyone had to use, but we chose instead to be more flexible than that.  So we’d ask people just to bear with us and give the new system time to bed in."

Pictured top: Some of the bags left uncollected after Town's first night of "pay-as-you-throw" collections (Credit: Recycle for Guernsey).