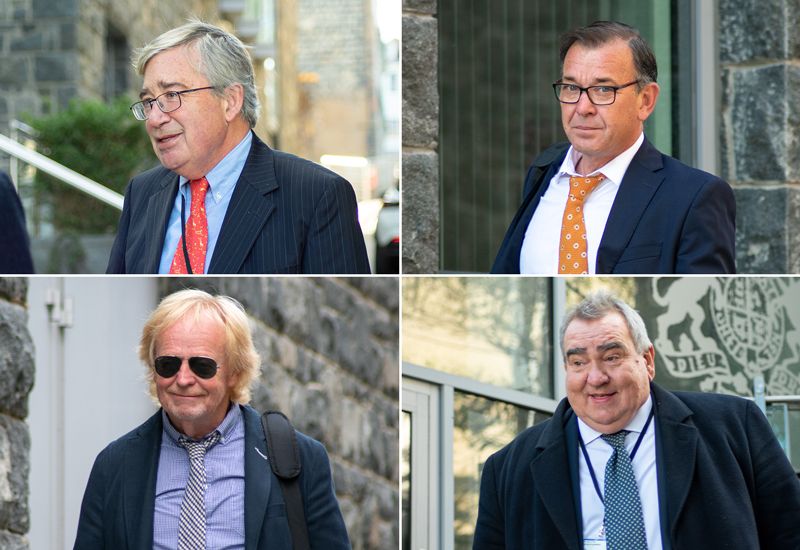 The performance of the civil service, the use of States property and Guernsey's benefit system are among the many wide-ranging issues that four deputies say need to be comprehensively reviewed before any firm decisions are made on new taxation.

The letter penned by Guernsey Party Deputies John Dyke, Nick Moakes, Bob Murray and Simon Vermeulen calls for "all stones to be fully turned before we can support any tax rises."

It comes on the eve of debate on Policy & Resources' Tax Review, a green paper that the States will consider this week ahead of detailed proposals being developed for approval next year.

Earlier this week, P&R told fellow deputies to "face the reality" that "some form of tax increase is going to be needed as part of the solution" to filling an underlying funding gap of up to £80million per year by 2025.

The States senior committee argues that rejecting a Goods and Services Tax - which could increase over time to 8% - "will not remove the need to increase taxation and that the alternatives could be more damaging for the economy." 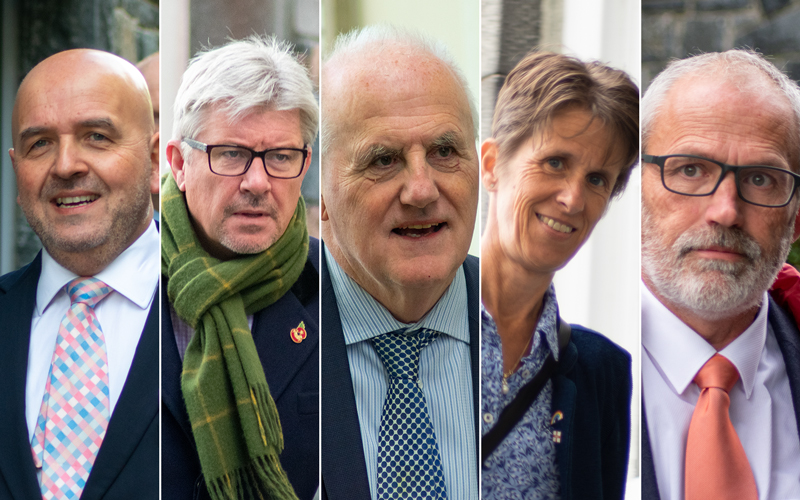 Pictured: The Guernsey Party deputies want P&R to commission "detailed analysis for consideration by the Assembly when the future policy letter is debated. Let’s not get hung up on the cost of such detailed analysis. Whatever it costs (within reason) will be money well spent in helping to reach the right decisions."

The Guernsey Party quartet have argued that the States is not armed with the information it needs to make a decision that will impact Guernsey's finances and society for decades to come. It is information they say must be subject to detailed review and analysis - but it needs to be collected first.

"If we do not materially address current and projected States’ expenditure on delivering what we provide and how we deliver it, and whether in fact we should be providing it at all, then the whole debate will be focusing on answering completely the wrong questions, and in totally the wrong order.

“We do not know and will not be able to know exactly what potential savings can be made until there has been a proper review of each potential area of savings. Neither does P&R. And neither does each States Committee responsible for each relevant area. In some cases, the information may be close to being readily available, but is anyone prepared to ask the uncomfortable questions?"

"The Assembly needs to agree the direction of travel which this Assembly wishes to take, otherwise, the debate on the Tax Review Green Paper merely answers questions which are based on the fiscal position “as things currently stand”, without any consideration of whether that status quo is even desirable or viable.

"We believe that there are real opportunities to reduce the projected structural deficit if we want to. The Assembly will need to pivot from a “spend and worry later” mentality to a more considered approach. If we do not adopt this approach and continue to come to the States demanding more money or expensive regulatory or other legislation, then the only option will be to raise taxes." 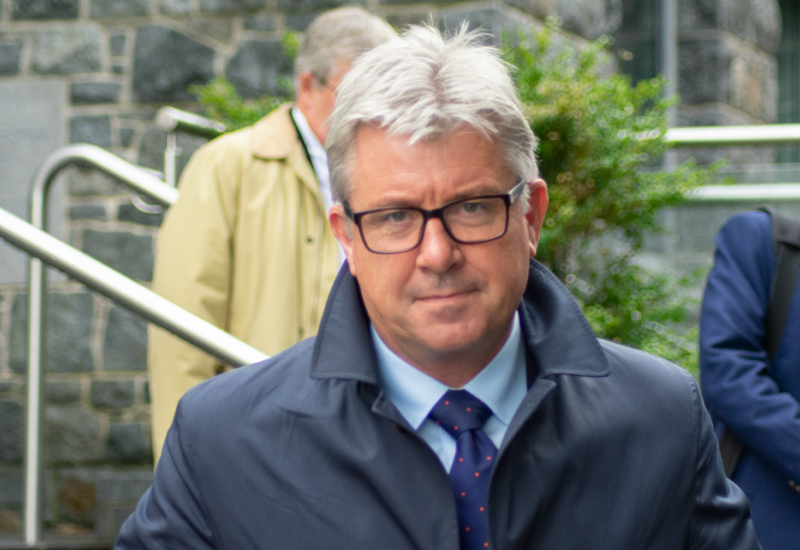 Pictured: The Guernsey Party said its political leader Deputy Mark Helyar “is not a signatory to this document due to his role as Treasury Lead on Policy & Resources Committee.”

The deputies point to the evolution over time of changes to social security contributions, which the Tax Review regards “as a result of successive changes, each independently justifiable, but which in succession have resulted in some marked inequities”.

The quartet wrote: “We are in danger of making the same mistake here by addressing a long-term structural deficit through focusing disproportionately on just one element of the range of possible solutions."

They have discussed many areas which they say must be rigorously reviewed, including States borrowing, the performance and apparent EBITDA losses of the States Trading Entities, redundant States assets, public sector reform, establishing the accurate deficit within the public sector pension scheme, the suggested removal of further discrimination legislation as a capital project, population management, zero-budgeting, affordable housing and benefits.

"Have we made “not working” a lifestyle choice for some, while not being able to pay enough for those in greater need?"

"Many islanders have strong views on the level of benefits payable by Employment & Social Security," they wrote.

"In the eyes of some we are far too generous in certain areas, and not generous enough in others. It is undoubtedly time for a comprehensive review of what gets paid, to whom, and on what conditions. Have we made “not working” a lifestyle choice for some, while not being able to pay enough for those in greater need? Can we do more to get the unemployed back into work?

"Have we got it quite right when some occupants of social housing are deterred from earning more money which would cause them to breach social housing earnings thresholds, which in turn ultimately prevents them from moving into their own homes? We must address any such poverty traps caused by the benefits system."

The quartet also question whether the funding of infrastructure projects could be staggered in a different way, namely "long-term fixed-rate debt".

"£66m of the £87.4m projected annual revenue deficit from 2025 relates to funding infrastructure. We know that there has been a massive underspend on infrastructure over the past decade (as a percentage of GDP), and this cannot continue. It simply has to be funded. But is £66m a year (2% of GDP) the right number? Is funding it from revenue account the best way? This £66m figure represents 76% of the projected annual deficit needing to be funded.

"If the infrastructure funding was financed by long-term fixed-rate debt, which is cheaper than ever before, then £66m a year can be drastically reduced. For example, if a £300m infrastructure loan was taken out for 30 years at a fixed interest rate of 1.5% per annum, the annual repayments (capital and interest) would be around £12.5m a year." 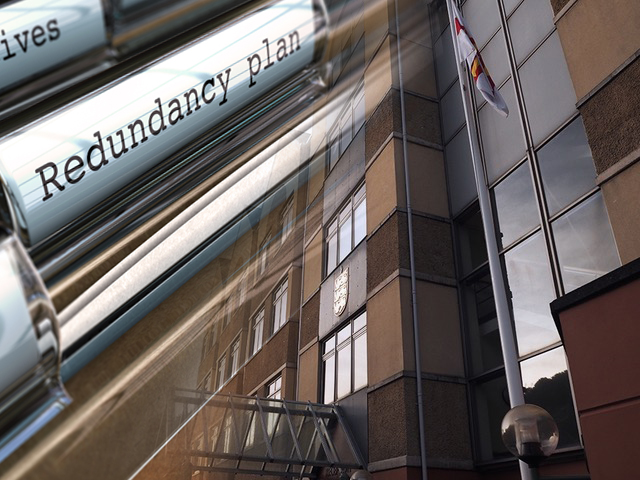 Pictured: The deputies say the States still needs to establish whether the civil service is as efficient as it could be, whether the right KPIs are in place to assess employee performance and whether “too many under-performing employees are merely “moved sideways” as opposed to being removed?”

Former surveyor and now Development & Planning Authority Victoria Oliver has called on the States to get a better handle on its property portfolio. Deputy John Dyke is now a member of the DPA having replaced his disgraced ex-Guernsey Party colleague Chris Le Tissier earlier this month.

"The States Property Portfolio is seemingly worth at least £2 billion," the Guernsey Party deputies wrote. "Much of it is surplus to requirements and generates no or negligible rental income. Explore selling off what is not required. Look at entering into partnerships with developers if appropriate (and sell off a partial interest). Look at selling off some States housing to tenants.

"There is some States property which is ideal for either “more affordable” housing or for building more care homes (which we are clearly going to need), so sell it to third parties. What is the point of the States holding onto unwanted and unneeded real estate? It isn’t even on the States’ balance sheet!"

The letter signed off by Deputies Dyke, Moakes, Murray and Vermeulen can be read in full HERE.