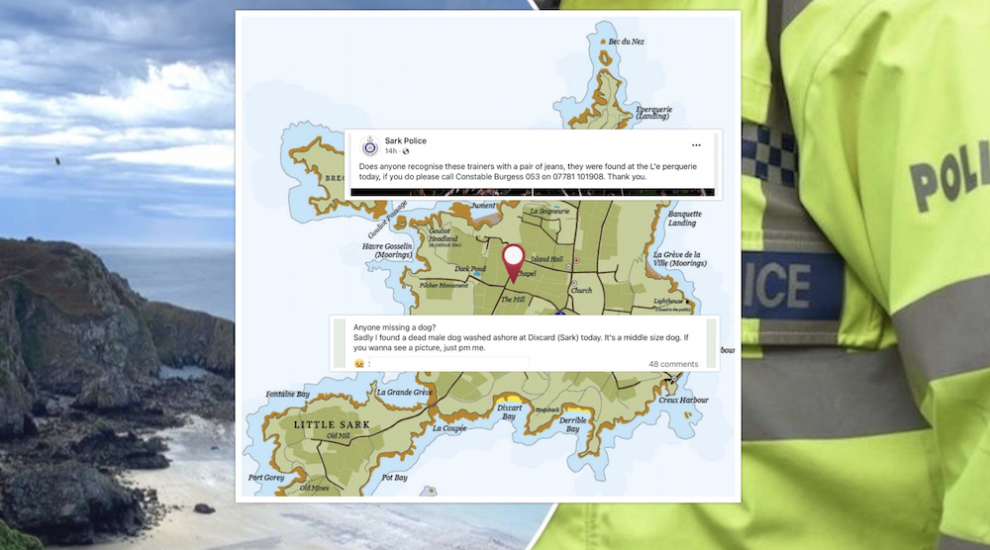 A dead dog has washed up in Sark, on the same day an abandoned pair of trainers and jeans have been found, in two separate incidents.

The Sark Constable asked members of the public to help identify the owner of the shoes and trousers which were found at L'eperquerie on the north east coast of the island.

Since asking the public for help yesterday, Constable 053 Burgess said the trainers have been "sorted".

In a separate incident raising concerns in Sark, the body of a deceased dog has washed up on the island's south coast.

A woman who lives in Sark posted on Facebook to say she had found the pet yesterday on Dixcart bay.

She believes the animal had been in the sea for some time as the fur had all been washed off. She is certain the animal is a dog and not a fox or any other similarly sized or shaped animal.

Pictured: The woman who found the dead dog has posted on social media forums for both Guernsey and Jersey.

No one has yet come forward to claim the dog so any potential owner is being sought across the Channel Islands.

It's also been speculated the dog may have come from further afield or fallen into the sea from a passing boat.