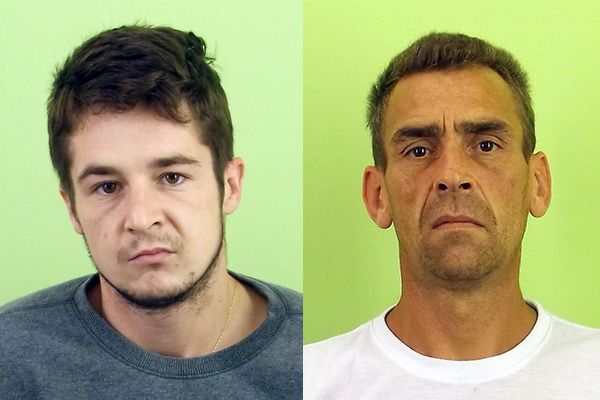 Two men have been given jail sentences for the supply of cannabis and a number of other assorted charges.

Matthew Le Gallez, 46, was given five years seven months in prison and Rhys Mourant, 25, was given four years 11 months. These were to run from the 9 July 2017, when they were initially remanded in custody.

While the two men were sentenced together, they did face slightly different charges, as Mourant was also involved in a serious assault.

Both men were arrested after police officers saw Mourant approach a parked vehicle at the top of Pedvin Street. He leant into the window and was seen to retrieve a plastic bag from one of the rear doors. The officers were on scene following a Guernsey Border Agency investigation.

Police then approached the vehicle and identified Le Gallez in the passenger seat, a female in the driver's seat and Mourant. Mourant fled from officers carrying the plastic bag, but was cut off by two other officers whom he physically ran into before they restrained him, despite him putting "a lot of effort into trying to escape".

The plastic bag was found to have 1kg of cannabis packaged inside, and a shoulder bag Mourant was carrying also contained 21g of cannabis and £678. The smaller count only related to the possession charge.

Meanwhile, Le Gallez remained in the vehicle and immediately said to officers "sorry, I've got drugs in the car" - he also said there was drugs at his property, and said the female driver had nothing to do with the incident.

When the car boot was searched, a further 1kg of cannabis was found.

Le Gallez reportedly had accepted a payment of around £4,000 to be the courier for the drugs. He has had numerous similar convictions in the past, having served a seven year sentence in Guernsey for importing heroin and also a six year sentence in the UK for a similar offence. Most recently he broke a probation order and a suspended sentence given to him by the Magistrates Court in order to travel to Thailand, and upon returning handed himself in. Mourant has also had a string of similar convictions, and has also served time in prison.

The assault that Mourant was sentenced for was committed separately to the drugs charge, and Le Gallez was not involved.

Mourant came across a man whom he knew while both were with some friends earlier that evening. The two groups became engaged in a verbal and physical altercation, which ended with one of Mourant's friends straddling the claimant and repeatedly punching him in the face until he fell unconscious on the ground.

Witnesses reported that Mourant's friends then left the scene, but he remained and kicked the claimant twice in the torso area with "full force".