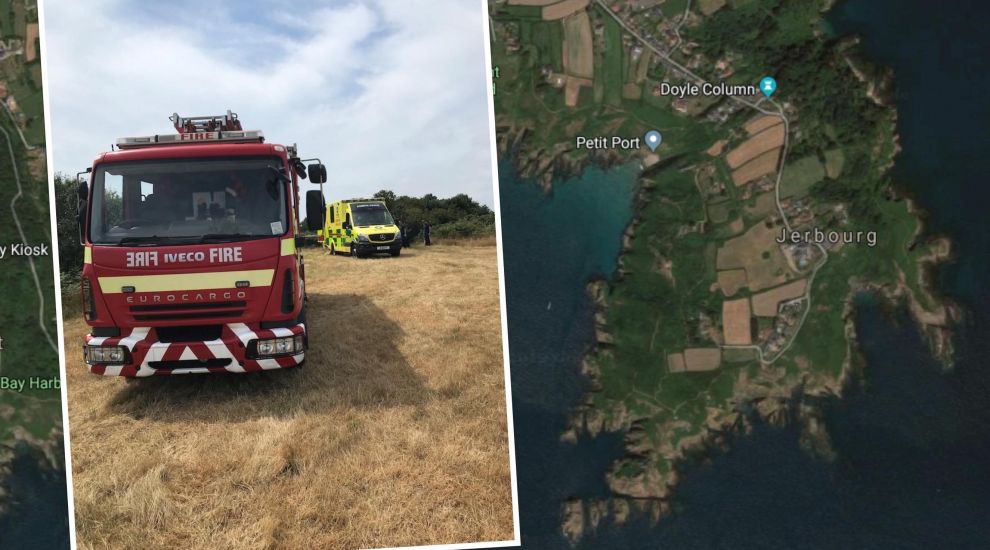 The first call out involved a man falling from the cliff path area near Jerbourg while a second man was seen to fall onto the cliffs near St Pierre Du Bois after going out paragliding in the area, and was the first rescue by the new RNLI Inshore Rescue Boat. It was the first 'shout' for the boat.

"The first man had suffered a head injury and was treated by a paramedic at the scene before being transferred to the Emergency Department of the PEH for further assessment. Due to the location of the incident the paramedic in charge at the scene requested the assistance of the fire service to help carry the patient from the cliff path to a waiting ambulance," a spokesperson said.

The second call occurred around 16:00.  An emergency ambulance, a paramedic incident officer and a police officer were sent to the top of the cliffs near the Mont Herault Watch Tower. Meanwhile the St Peter Lifeboat and the RNLI Inshore Rescue Boat were sent to the foot of the cliff. As the casualty was near the shoreline he was inaccessible to the responders at the clifftop and was had to be rescued by the crew of the inshore lifeboat.

The paraglider was transferred by lifeboat to St Peter Port Harbour where he was met by a waiting ambulance. The casualty was assessed by clinicians and taken to the PEH for further treatment for a leg injury.

Pictured top: emergency vehicles at the scene at Jerbourg.