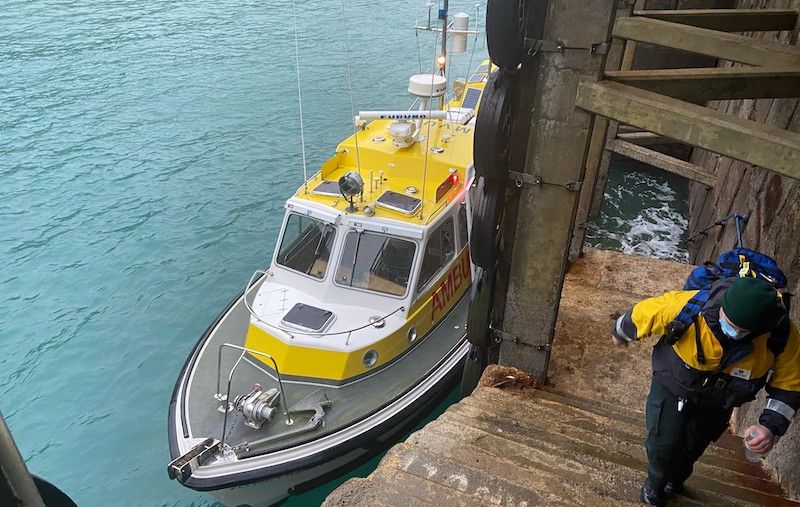 The St John marine ambulance faced rough seas and strong winds in two call-outs in 48 hours over the weekend.

The Flying Christine III was requested by the Sark doctor at around a 17:15 on Friday evening for a patient with a medical condition who needed treatment at the Princess Elizabeth Hospital.

The crew - made up of a volunteer coxswain, engineer, navigator and a paramedic-led medical team from the Emergency Ambulance Service - were met at Creux Harbour by the Sark doctor.

The male patient was transferred back to St Peter Port, where he was helped into a waiting road ambulance by the Guernsey Fire & Rescue Service, before being taken to the Emergency Department.

On Sunday afternoon, the Flying Christine III was deployed again for a patient who needed emergency care at the hospital. The marine ambulance left St Peter Port just before 16:00 and returned with the patient around 90 minutes later.

"St John relies on charitable donations and sponsorship for the Flying Christine III, as well as charges to cover the ongoing operational and running cost of the marine ambulance."

Pictured top: The Flying Christine was called out twice to Sark in 48 hours (Credit: St John).