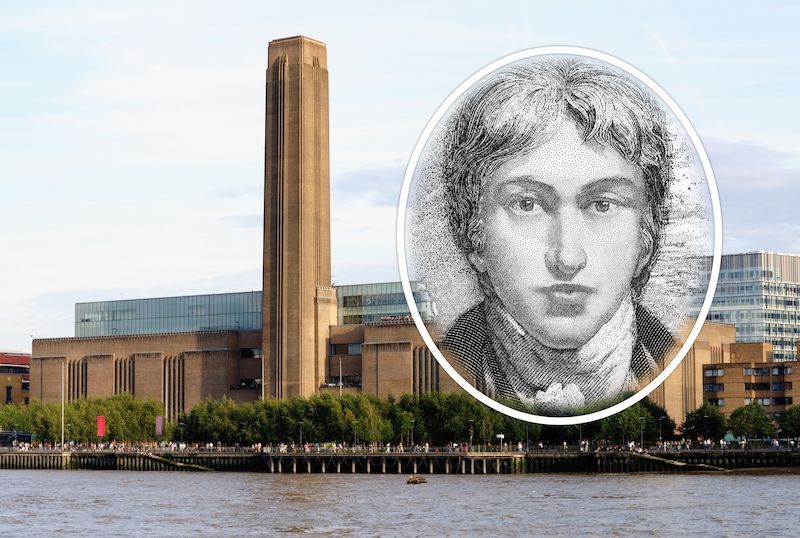 A sketchbook by famed artist J.M.W Turner, which is part of a collection described as one of the Tate Gallery Museum's "greatest treasures", contains drawings of places in Guernsey, art enthusiasts have discovered.

English Romantic painter Joseph Mallord William Turner was one of the leading British artists of his time and is renowned for his landscape and watercolour work.

After Turner's death in 1851, the contents of his studio were bequeathed to the nation and now take pride of place at the historic London museum.

The gallery's website states that the bequest "includes approximately 37,000 drawings and watercolours ranging from fully worked-up studies to the scrappiest sheet recalling the briefest touch of the artist’s hand."

Art For Guernsey has discovered that a small selection of that work was produced locally during a visit to the island.

"J.M.W Turner, the one and only, came to the island and there is a sketchbook at the Tate Gallery in London including a few dozen sketches made by Turner at Castle Cornet and some of the other views," said Art For Guernsey Founder David Ummels. 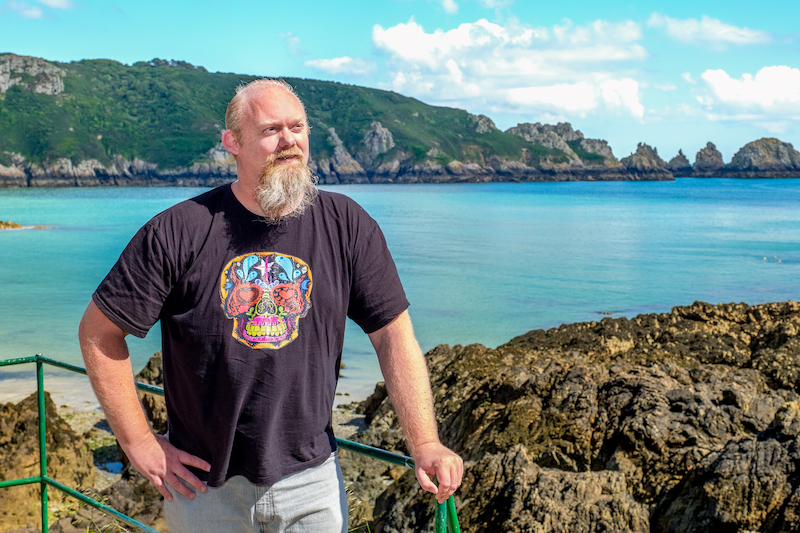 Pictured: Art For Guernsey Founder David Ummels at Moulin Huet, where the organisation has set up a Renoir-themed walk.

Earlier this year, the charitable initiative launched a permanent Renoir walk following a successful temporary event. It allows people to walk around Moulin Huet and look through picture frames at the views the famous French artist painted while in the island in 1883.

Mr Ummels said the organisation could pursue something similar with Turner's legacy once they have more information to promote it with.

"He hasn’t produced any masterpieces here, as far as I understand, I’m not sure yet, but he did a lot of sketches and that is a good enough brand for a Turner walk," he said.

"It’s on the table, we are going to be very busy with Renoir, but we have already set sights on this as one of our future projects. I ask some of my very Guernsey friends and they didn’t know, so I think we are sitting on a few gems here." 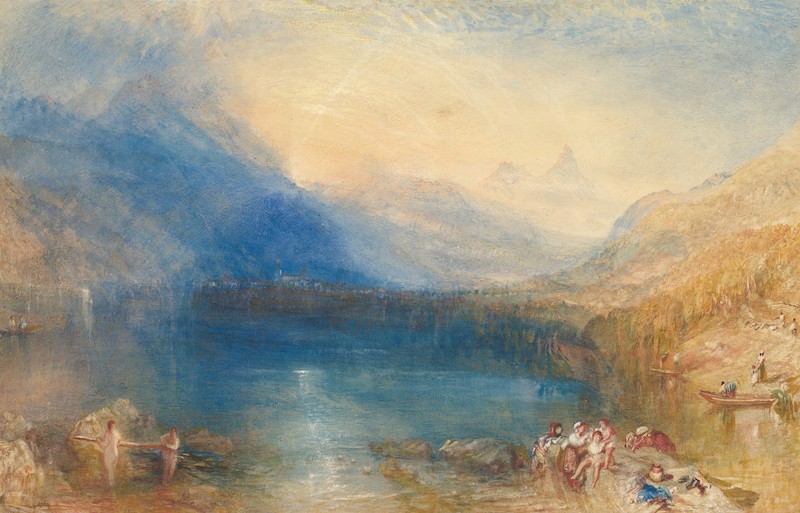 Pictured: One of Joseph Mallord William Turner's paintings, The Lake of Zug, 1843. This watercolor was painted in studio from sketches Turner made in the Swiss Alps.

The Tate's Gallery's website explains in great detail some of the work that is contained within the collection, which it describes as providing "a rich, visual record of a lifetime’s endeavour."

"Many of the drawings are visual memoranda gathered during Turner’s extensive travels across Britain and Europe," it states. "In some cases, multiple sketches on the same sheet of paper testify to rapid experimentation in the field with various viewpoints of the same vista.

"Similarly, pages from bound sketchbooks such as the lively sketch of a man talking to an oyster seller, demonstrate the artist’s ability to witness and capture impressions of daily life and reveal that his interests were not merely restricted to landscape."

On the Renoir side, a group of local art collectors syndicated by AFG purchased an original Renoir that was painted in Guernsey earlier this year. An exhibition will be curated around that piece at Beau Sejour from 28 September - 6 October.