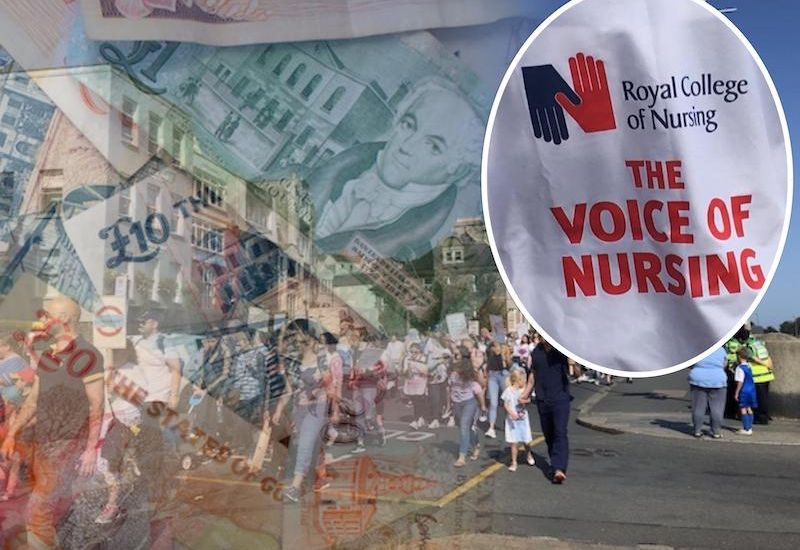 Nurses looking to get a pay rise have released what they've called 'shocking' figures showing just how big the disparity is between their pay, and that of others employed by the States.

A traffic warden, for example, earned nearly £7,000 more than a band three support worker at the adult disability service, while a HR adviser in the States earned as much as £17,972 more than a registered nurse, despite the latter requiring a degree, and the former requiring no qualifications at all, according to the RCN.

Kenny Lloyd, the RCN Convenor in Guernsey, said they had released the figures to try and demonstrate why they feel so undervalued compared to colleagues - he also stressed they were absolutely not trying to say these other people were over paid, but rather, that nurses are astoundingly underpaid.

"We knew there were differences; it wasn’t until we put these down on paper we realised quite how stark they were. To be crystal clear – we are not saying these people are overpaid, far from it – the jobs they do are invaluable, we are saying that in comparison nurses are grossly underpaid," he said.

“In order to be a nurse you have to have a degree. Coupled with the long and sometimes unpredictable shifts, over night travel [for nurses that accompany patients to the mainland] nursing is about as far from a 9-5 as you can imagine. Unlike on the mainland, there are no junior doctors on Guernsey so the nursing responsibility around the clock is immense.” 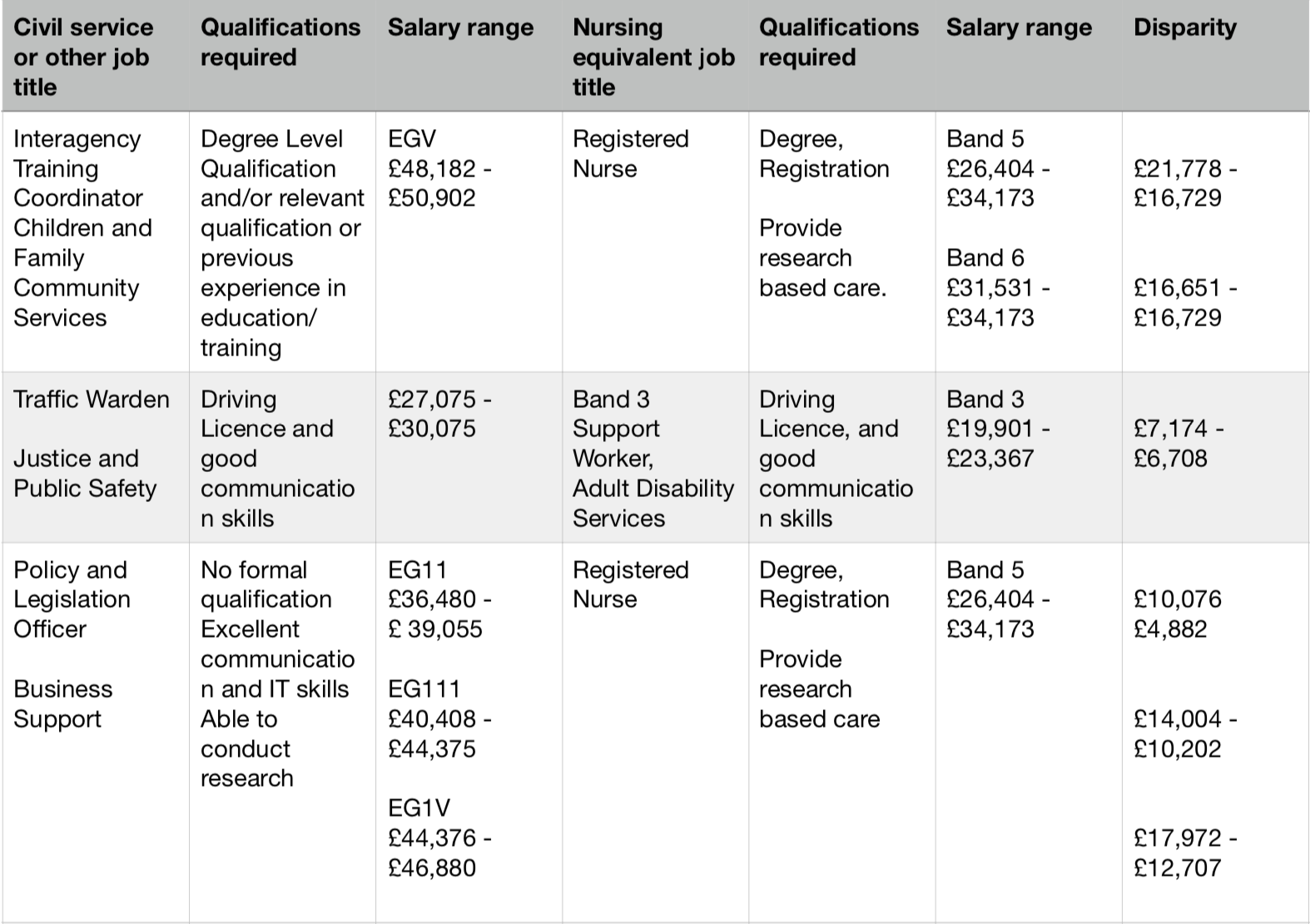 Pictured: Some of the figures the RCN put together.

“The examples were taken from the States’ employment website and matched to the nearest equivalent nursing band. We revisited the job comparisons after first doing it in 2011 and it shows that today a traffic warden could earn between £6,708-£7,174 more than a band three support worker working in the adult disability services. A policy and legislation officer, a job that, according to the advert, requires no formal qualifications could earn nearly £18,000 more than a registered nurse. It is these disparities that have made our members so frustrated and why the States needs to urgently address our concerns.”

The figures also showed that a senior carer at the PSE earned up to £5,000 more than a support worker or health care assistant, and an acute referrals manager could earn up to £8,000 more than a band six nurse.

The RCN is in the process of requesting an Industrial Action ballot from the RCN’s governing body in accordance with their code of conduct. This, Mr Lloyd said, follows almost a year of trying to speak to the States in a productive an open fashion to properly negotiate a pay deal.

A spokeswoman said the RCN Council isn't due to meet to discuss the application until 27 November, so if the go ahead is given to take industrial action it is unlikely the ballot will be completed before Christmas.

Pictured top: The RCN marched to try and raise awareness over their pay inequality earlier this year, and have also performed a number of protests.