Trees are the latest vandalism victims 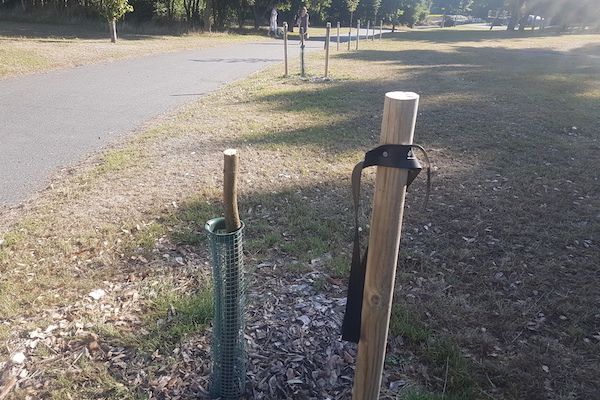 Trees are the latest vandalism victims

A number of trees were left damaged as vandals had their fun at Delancey Park earlier this week.

Guernsey Police said the damage was reported by the Parish Constables who were alerted by people using the park during the good weather we've been having.

Initially they had been snapped and bent over, and were left held up by the frames positioned to support them as they grow. They've since been pruned to try and save them.

The four damaged trees are nearest the toilet block, along the path from the car park and skate park towards the play area. 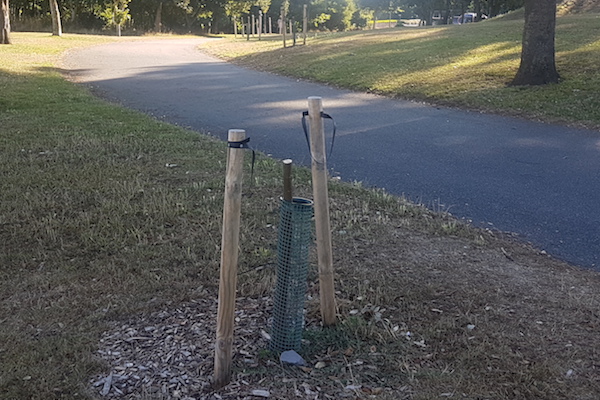 Pictured: One of damaged saplings which had been planted Saffery Champness as part of the firm's 40th anniversary celebrations

It's believed the damage happened sometime between 21:00 on Monday 2 August and 07:00 the following day.

As well as the reported damage to the trees, bins were pushed over leaving litter across the communal areas and the grassed playing surface of the Bowls Club was also damaged.

While PC Duport is investigating the damage for Guernsey Police, and anyone with any information can contact him on 725111 or via Crimestoppers anonymously on 0800 555 111, the States quickly arranged for someone to have a look at the trees to see if they can be saved.

The good news is that it is believed at least two of the saplings can be saved and all four which were damaged have been pruned to try and increase their chances of survival.

Colin Thorburn, who works for Education, Sport and Culture, which is responsible for the upkeep of Delancey Park, said they were aware of the damage and the appropriate action was taken immediately.

He said it is being treated as vandalism which is always taken very seriously.

Luckily he also said, "the trees might be able to be saved, we have someone keeping an eye on them and if they are pruned they might be ok."

He said the trees had been planted by Saffery Champness as part of the firm's 40th anniversary celebrations, as one of its community projects.

Pictured top: Some of the damaged trees at Delancey Park