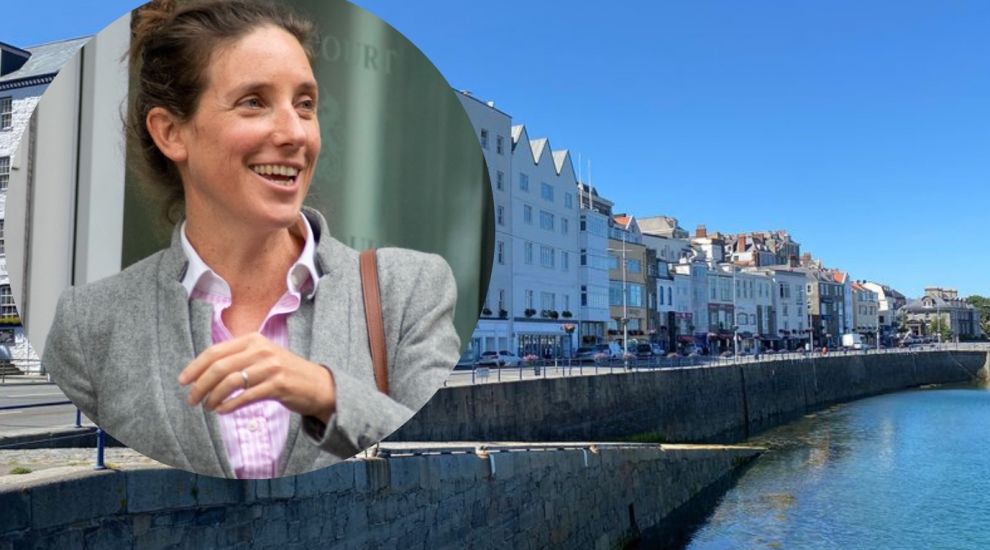 Surveys of businesses in the area have not revealed any "legitimate" negative impacts from removing some of the unloading bays along the Town Quay.

It is proposed that changes will be made to enable al fresco dining along The Quay on a permanent basis following a successful trial that has been lauded by restaurants and bars in the area.

The proposal follows the same layout as the trial, enabling the pavement on the western side of The Quay between Crown Pier steps and Mora restaurant to be used for al fresco dining, with a new walkway provided along parts of the unloading bay.

The impact of this on nearby businesses is something Environment & Infrastructure resolved to measure throughout the trial, which started in July. 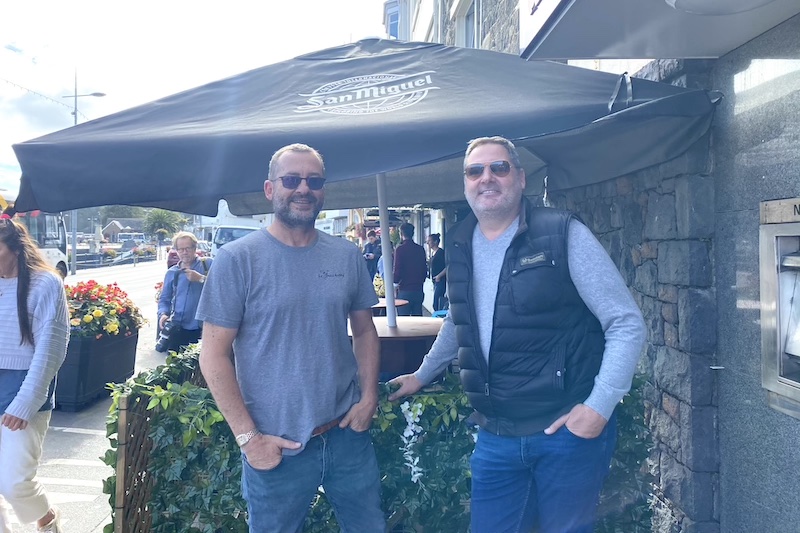 Pictured: The trial has been lauded by restaurants and bars in the area, including PingQuay Director Simon Allum and Balthazar Owner Steve Le Poidevin.

E&I President Lindsay de Sausmarez said surveys had been undertaken to assess the potential impact. The data collected “indicates that there are adequate facilities in the area” for businesses who need to use unloading bays “for legitimate purposes”.

“We were particularly mindful of the impact on the unloading bays and any knock-on impacts on businesses,” she said.

“We were also particularly keen to monitor the impact on people passing through the area particularly with the change in levels for people in wheelchairs and people with push buggies.

“We have kept a close eye on these things and we are happy that there are no adverse impacts. Quite the reverse – the feedback has been really positive.”

She commended the restaurants and bars involved for the “enthusiasm” they have shown by investing in the area, which she says has “added to the visual aethestic”.

Under the proposals, the planters will be to act as a safety barrier for people using the new walkway, as well as the small tarmac fillets between the pavement and new walkway to ensure ease of access between the two areas.

A Gazette Notice highlighting the proposed removal of the overnight parking arrangements and day-time unloading has been published.

Anyone who wants to comment on the Gazette Notice should do so in writing to Traffic & Highway Services, P O Box 145, Bulwer Avenue, St Sampson, GY2 4LR, or by email to traffic@gov.gg to arrive no later than Tuesday 12 October.

Al fresco dining added to winter menus along The Quay