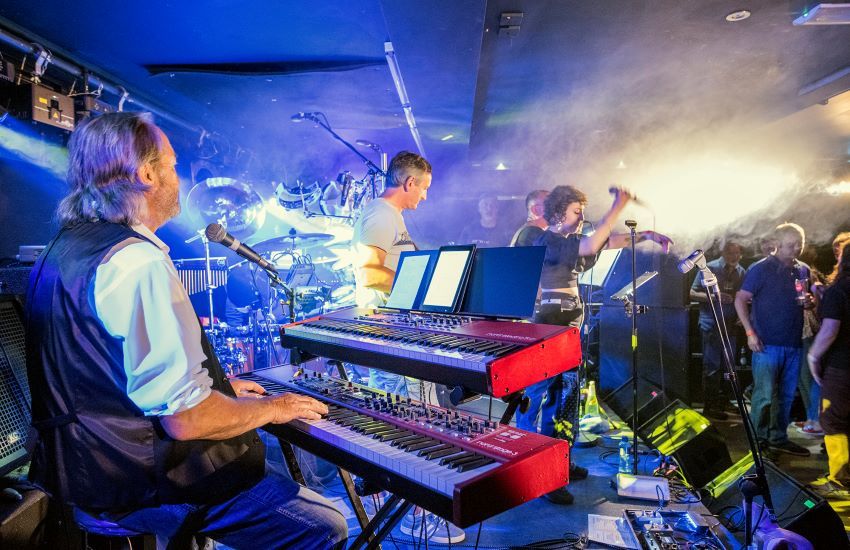 Acclaimed local band Elysium is preparing for its biggest ever gig – “a spectacular celebration of the music of Pink Floyd” in the theatre at Beau Sejour on 27 and 28 April.

Tickets are selling well but remain available for concerts which promise to be among the most memorable in the modern era of local live music.

Guernsey Arts is promoting the concerts as “a fantastic opportunity to see and hear a broad range of top local talent both on the stage and behind the scenes as the band, sound engineers, laser and light crews and students from The Guernsey Institute unite to give their dynamic interpretation of the music of Pink Floyd”. 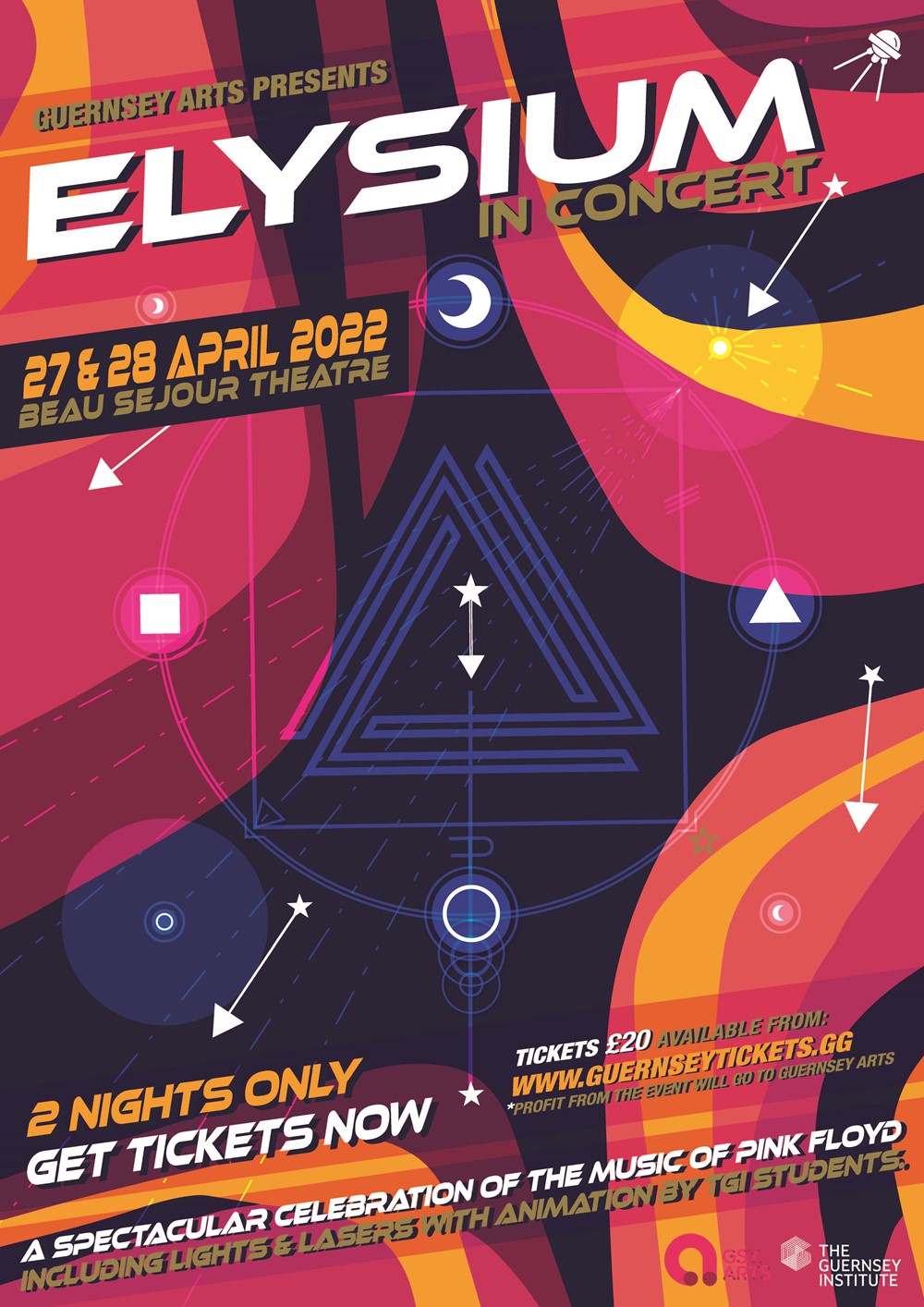 Pictured: Profit raised from the concerts will go to Guernsey Arts to be ploughed back into the local arts scene.

Drummer and percussionist Paul Taylor told Express how the idea of the gig came about.

“Elysium has been together for almost 15 years. In several line-ups, the focus was always on progressive rock, but over the past few years the focus has been on Pink Floyd,” said Paul.

“We have always kept the band to gigging no more than two or three times a year, which has worked well in attracting a good audience.

“Until now, we have tried our best to put on a big performance on a small stage. With the last gig at the Fermain Tavern, we had to put tickets on stop sell, and after conversations with Russ Fossey at Guernsey Arts it was decided that Beau Sejour was the best place for us to play next.” 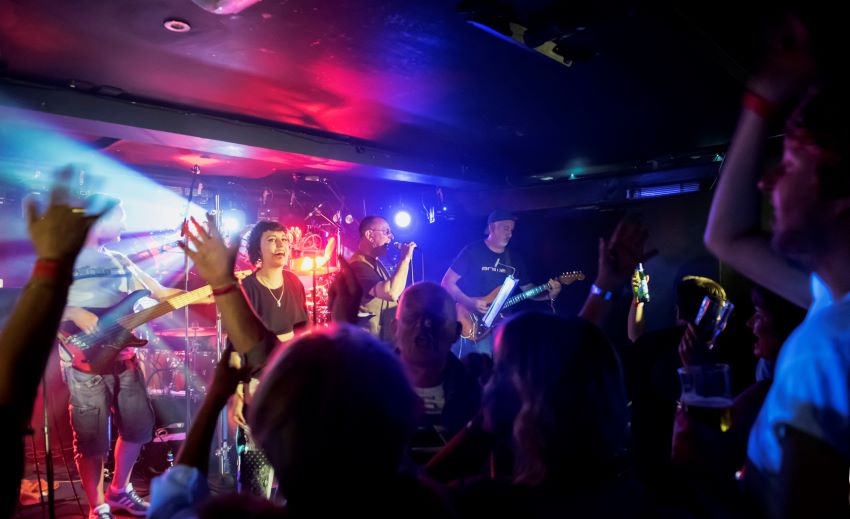 Russ Fossey, Head of Arts Development at Guernsey Arts, said “the event promises to be a real sensory experience”.

“This project arose from a conversation about excellence, raising the game and appreciation for local talent – musicians and light and sound technicians – and giving the audience the best experience possible,” said Russ.

“We were delighted when Elysium agreed to work with us on this project. It is also an opportunity to raise some funds for Guernsey Arts.

“I’m very pleased that Elysium have been able to engage with students from the creative and design course at The Guernsey Institute to produce animation for the concerts. We met with students recently and they are very enthused about collaborating.” 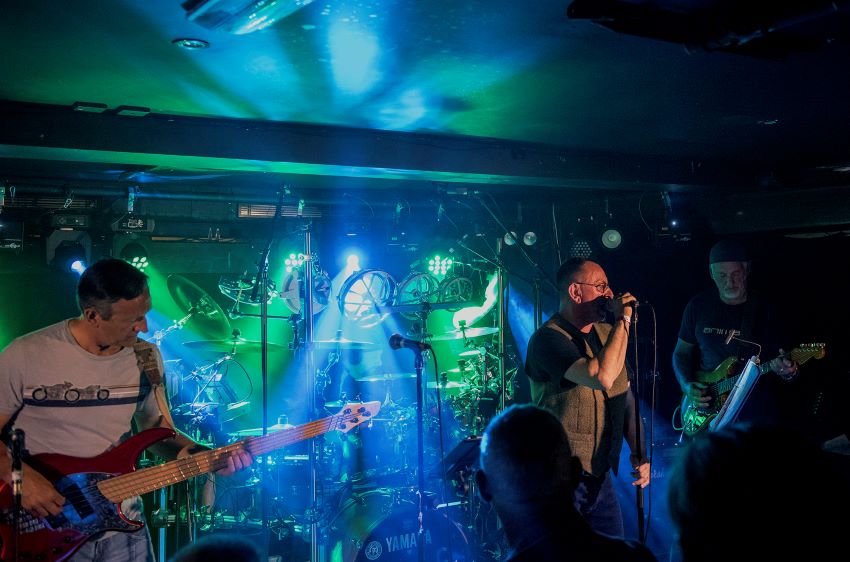 “It was an easy, immediate 'yes' given that Pink Floyd was a big part of my teen audio backdrop and Dave Gilmour is one of my favourite players," said Nick.

“I also liked the Elysium ethos: the band is less a traditional tribute act and more of a musical appreciation of Pink Floyd.

“It means we allow room to add our own flavours, which for me is massively important as we want to show our respect rather than just playing everything parrot fashion. However, we always strive to respect the context of the original solo or song.

“Enlisting the help of students from The Guernsey Institute with animations and graphics was a great opportunity to demonstrate their ability in interpreting the set and, together with the lighting and sound crews, showing just how local talent consistently punches above its weight behind the scenes in putting on such gigs. 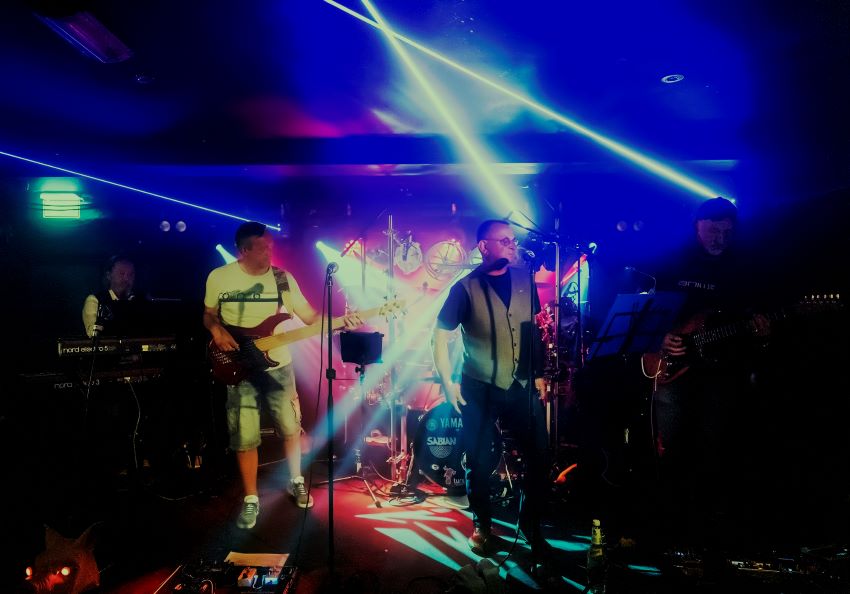 Music fan Colin Fallaize – well known to local Twitter followers as ‘L’eptit Colin’ – grew up with Elysium’s Gary Murchie. “Forty years ago, I can remember him learning to play the guitar at home,” said Colin.

In the decades since, Colin has seen a long list of local bands and rates Elysium as high as any.

“Elysium are some of the cream of the island’s music scene – from the best in my time,” he said.

“I remember them doing the balcony gig at Cobo. They had everybody completely stunned. It was absolutely mesmerising."

Tickets to the concerts are £20 and are available from Guernsey Tickets by clicking HERE.

Pictured: Elysium have played highly-acclaimed gigs at smaller venues but their concert at Beau Sejour over two nights in April will be their biggest and most spectacular yet.

“Unexpected” success for Back in Vraic