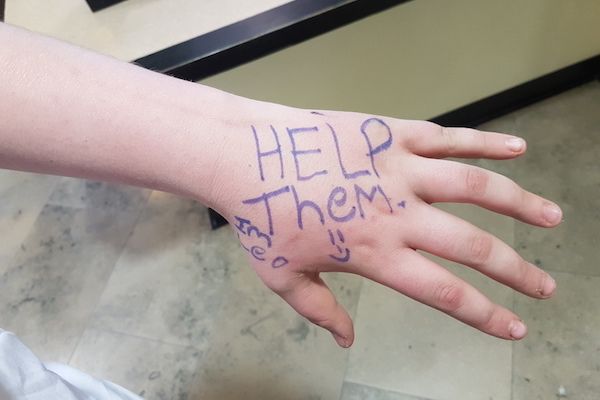 Guernsey Police and the Youth Commission are expecting the island to take part in a "thunderclap" on social media at midday today.

Sunday 18 March, 2018 is Child Sexual Exploitation Awareness Day. It comes after a week of awareness raising events in Guernsey schools.

That has included "drop in sessions" at the High Schools where students were encouraged to write supportive messages for victims of CSE on their hands. 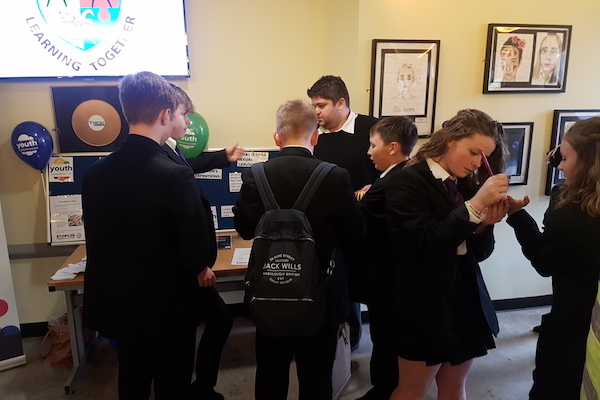 Detective Chief Inspector Clare Cuthbert was among the officers speaking to pupils this week. She told Express CSE is a problem facing the island's young people and it isn't something we can hide from:

"CSE is where there's an imbalance of power from one person towards the child, for sexual gratification or for allowing sexual activity to occur. Obviously what we're not doing is saying there can't be normal healthy relationships between youngsters, but when there's this imbalance that's what we're really concerned about - where there's some coercion or manipulation to do something that that child shouldn't be doing."

DCI Cuthbert said the awareness campaign is aimed at children, adults, parents and carers: "If you see something that you think: Why is that going on? Why has that child changed their demeanour or how they go about their normal lifestyles. Are they being more secretive? Are they not telling you about the friends they're with? Is there an older person on the horizon that you're not happy with? It's possibly Child Sexual Exploitation."

"It's this coercion, getting the child to do something for a return; not a normal relationship." However, she added that we haven't yet seen any "gang related" incidents, and it tends to be more one-on-one; men preying on younger children: "That is not normal, that is not right to have that sort of relationship and that is why we're asking those carers, those family members, to come forward; either to the police, to social services, to speak to a teacher or through the Youth Commission.

"If they're not sure; go and ask the question. This week is all about raising awareness of what Child Sexual Exploitation is."

Today's "Thunderclap" will see those involved in Guernsey join communities across the UK in sharing the message below, at 12:00.

Call for help if it's needed