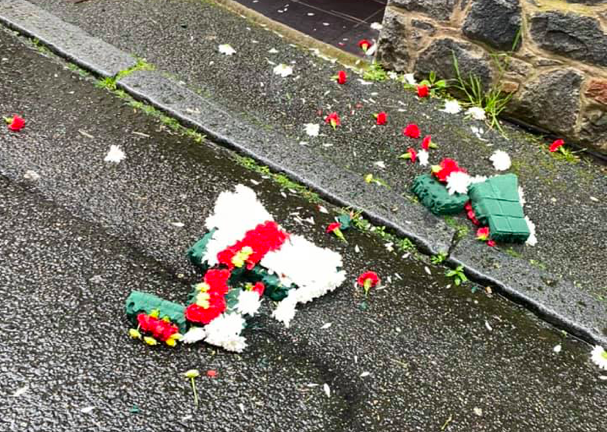 Three people have now been arrested as Guernsey Police continue to investigate the alleged deliberate damage caused to the Liberation Day wreath.

It had been made by Brouards Florists, so that Sir Richard Collas could place it at the foot of the island's main War Memorial at the top of Smith Street, during a solemn occasion at which he was the only person present except for a cameraman who filmed the ceremony so other people could watch it from home.

Usually a number of island dignitaries and officials are there, along with members of the public, but this year it was just the Bailiff as the island adhered to the corona virus lockdown measures.

Sir Richard Collas retired as Bailiff on Monday, two days after placing the wreath at the memorial, in honour of all those who died during the Second World War.

On Sunday afternoon the wreath was found in pieces in Lefebvre Street. 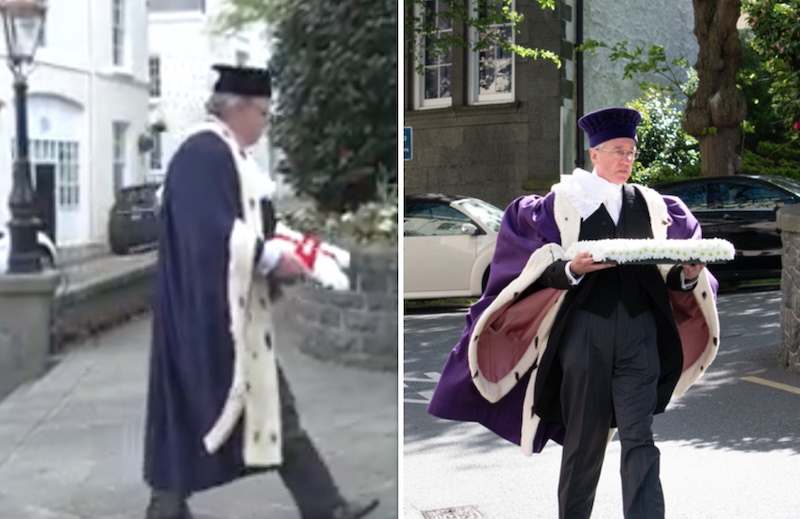 Pictured: Sir Richard Collas placed the original wreath on Saturday morning, before retiring on Monday. Richard McMahon placed a new wreath on Monday afternoon, immediately after being sworn in as Bailiff.

Guernsey Police arrested a 19-year-old man that evening, and since then they've arrested a 24-year-old woman "in connection with the destruction of the War Memorial Wreath".

Both the 19 and the 24-year old have since been released on bail as officers review CCTV footage.

"As part of that, would any business or individual with CCTV either along Rue Du Manoir or Lefebvre Street, St Peter Port, please contact the Investigation Support Unit on 725111 and ask to speak to either PC Hannah Eulenkamp, Rebecca Farnon or Laura Furby," said a spokesman for Guernsey Police.

Guernsey Police have also confirmed officers have since arrested a third person - a 21-year-old woman - "on suspicion of perverting the course of justice and being concerned with criminal damage". 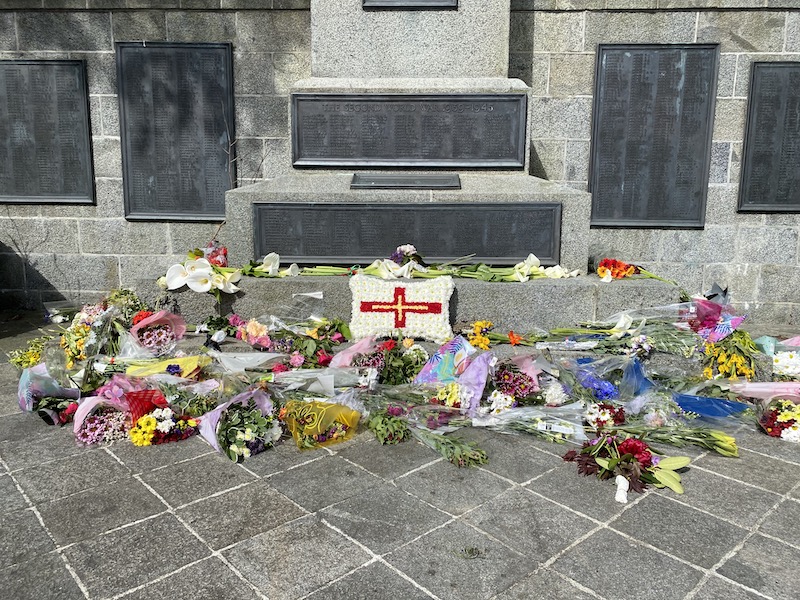 Pictured: Flowers have been placed at the War Memorial in honour of those who died, to replace the original damaged wreath.

Since the original wreath was damaged, a number of members of the public have placed flowers at the War Memorial to replace it.

The movement was started by Janet Unitt with dozens of people following her to place their own bouquets.