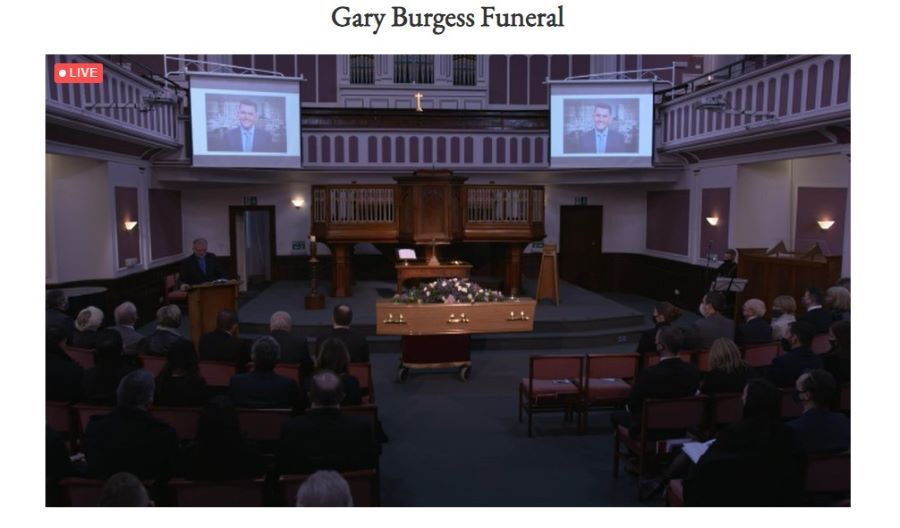 Gary Burgess’ family and friends gathered to celebrate his life yesterday - and, as always, the popular broadcaster commanded a large audience.

Mr Burgess' funeral was held at a packed Methodist Church in St. Helier in Jersey and many more watched a live stream of the service.

Mr Burgess died from cancer on New Year's Day at the age of 46. 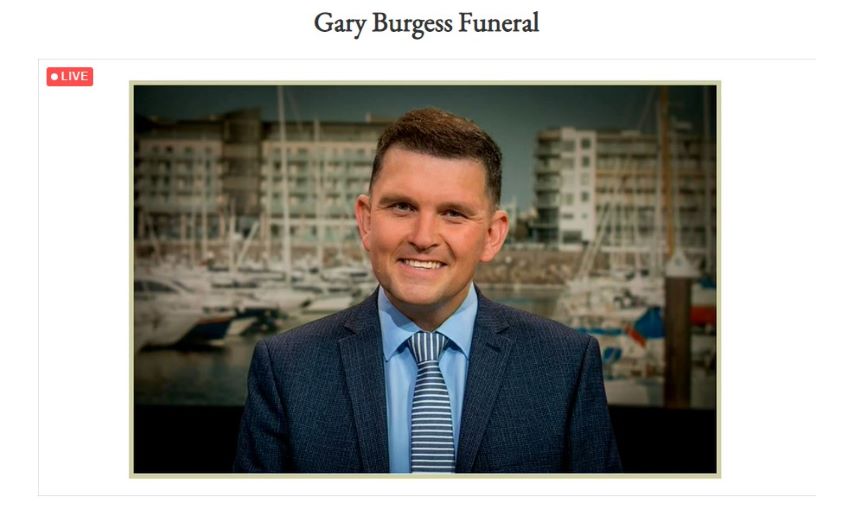 Mr Burgess penned the words in italics in the order of service:

I appreciate reading a welcome from your host, especially when I am not here in my usual capacity, is a little odd but I really do want to thank you for coming today.

This funeral service has been months in the planning. It has been an odd privilege to play a part in my own send-off, knowing so many people don’t get gifted the time to prepare like this.

Today is the day I’d like you to be a strength to my husband, Alan, and my closest friends and family.

For them, it is simply the most difficult of days. I hope this service helps them know how surrounded in love they are, and to remind you all why I consider I am one of the luckiest people in the world to have lived such a good life, to have done so many amazing things, and to have shared it with such wonderful human beings.

Please laugh. Please cry. Please put an arm around that person next to you. Please squeeze their hand. Please give them a comforting smile. Please don’t sit there with a stiff upper lip. I really don’t want that.

And, at some point today, please also raise a glass to the knowledge we each made our lives a more joyful place.

That’s what it’s all about. 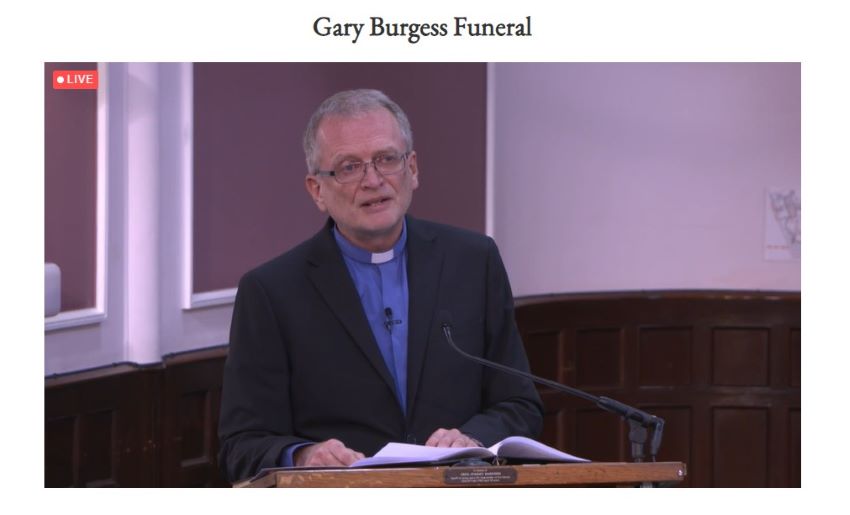 With his father, brother, wider family and closest friends in attendance, the Reverend Tony Morling spoke of meeting Mr Burgess and his husband, Alan, in the Church a year ago to begin planning a service which reflected Mr Burgess' wishes.

He had requested various personal touches which were included in his funeral service as well as religious elements. He had told Reverend Morling: "I’ll be disappointed if you don’t."

With his words sparking laughter, the service moved on to The Lord’s Prayer and then an acoustic performance of 'Rainbow'.

Mr Burgess' friend, Alastair Clarke, presented the first eulogy, humorously recalling that Mr Burgess had told him what to say, what not to say and what tone of voice to use.

He spoke about his friend's involvement in a school radio station before “kicking the door down” to get involved at Radio Wave in Blackpool, where he worked his way up from tea boy to presenter. 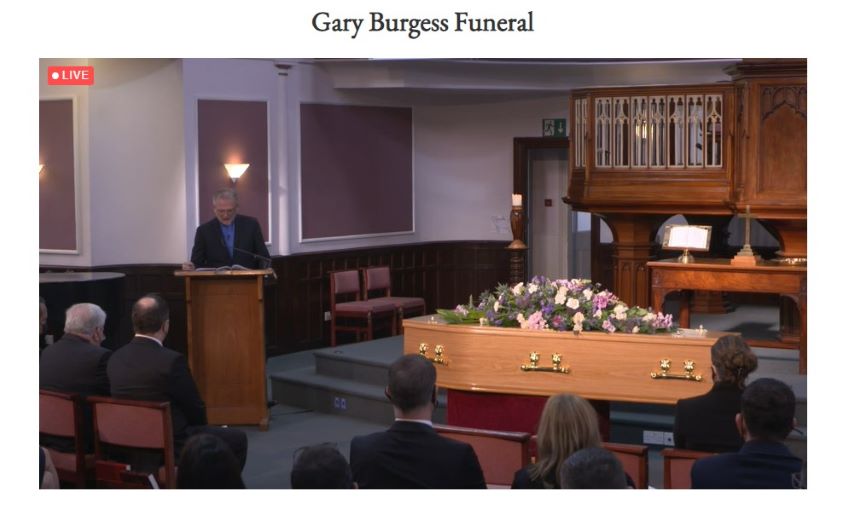 Following the first of two videos sharing memories of Mr Burgess, his ITV boss, Karen Rankine, spoke of his work ethic, natural broadcast skills and enthusiasm for work. She said he mentored colleagues and, knowing every trick of the trade, generously passed on his knowledge and experience to presenters and reporters with whom he worked.

A second video highlighting some of Mr Burgess' work was followed by emotional words pre-recorded by his husband, Alan. His tribute included memories of their first date, their first holiday and the first time they met each other's family and friends. He said that his husband did not want to exist - he wanted to live and love life. He said they did not experience love at first sight, but they did fall very much in love, and then they truly lived and loved together.

Reverend Morling closed the service explaining that he had asked people for three words to sum up Mr Burgess. The three words repeatedly chosen were good, trusted and positive.

Reverend Morling also read a verse from the Old Testament which had been chosen by Mr Burgess when he planned the service. The verse - from the Book of Ecclesiastes - can be read HERE. 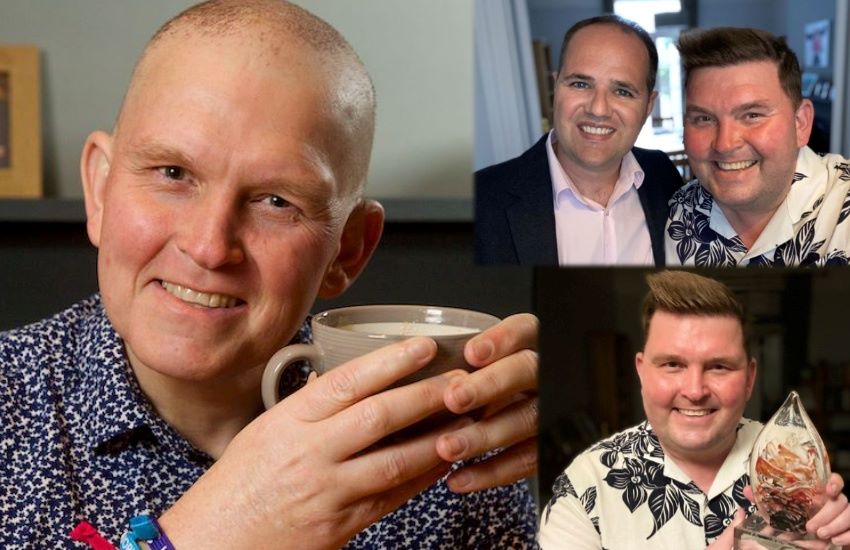 Following the funeral service, a private committal was held.

A book of condolence remains open for those who wish to sign it. It can be viewed HERE.

My friend Gary radiated happiness and fun everywhere he went

Tributes to "an exceptional man"