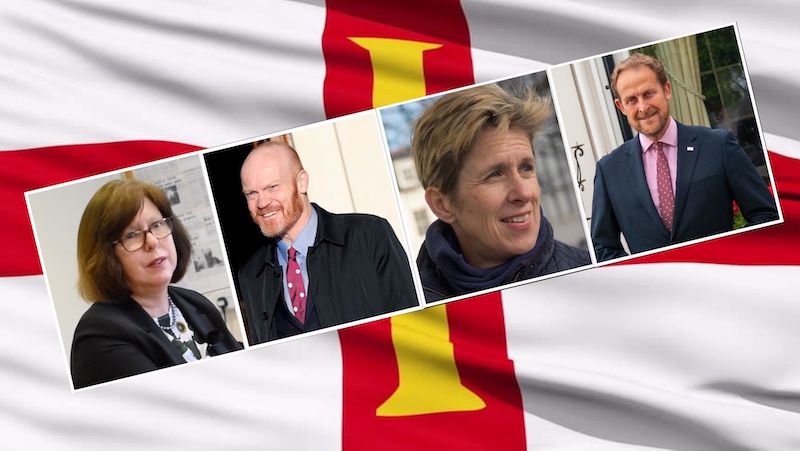 As the lifting of lockdown restrictions is celebrated across the Bailiwick today, our covid-19 leaders have shared their reflections of the past few months.

Deputy Gavin St Pier, Deputy Heidi Soulsby, Dr Nicola Brink and Paul Whitfield have all become familiar faces to the Guernsey community, through the regular live-streamed media briefings, which have been watched by thousands each week.

Yesterday, on the eve of Phase Five, all four went live once again to share some of their ups and downs, while thanks their colleagues and the Guernsey community as a whole for getting this far.

Deputy St Pier kicked off the reflections by giving a long-awaited update on the state of his attic - something he had hoped to sort out during the period of lockdown.

"For the many that have asked, I can confirm there has been absolutely no progress on clearing the attic," he said. "That is going to have to wait until we move or we die. But I have acquired a colony of bees, which is fulfilling a 20 year fixation and I’m trying to learn the new skills needed to look after them. They certainly know how to build and work together as a connected community.

"When we went into lockdown on 25 March, we had absolutely no idea how long it was to last. As we’ve observed the course of this disease and its management elsewhere, it’s become quite obvious that to get to this point after three months is quite remarkable.

"I used a phrase in announcing lockdown which clearly, with the benefit of hindsight, had real resonance; I said, ‘we’ve got this’. What I meant was we’ve got this under control, we’ve got a plan, we’re going to execute that plan and we’re going to flatten the curve. I believed that. What I didn’t know is we would be as successful as we have been.

"I never expected to be doing what I’ve been doing. It was a massive moment of personal reflection for me to be signing the CCA’s regulations that shut the Bailiwick down. It has at times been exhausting, it’s been stressful and emotional. But it’s also been uplifting and I consider myself enormously lucky to have been in the hot seat for this crisis. It is of great personal pride that I have served my community at this time by providing the leadership as best I can, but I am so much more proud of everyone around me.

"I’m so proud of the whole Bailiwick community in all the islands, coming together as 'Guernsey Together'.

"Whatever the course of this virus from here, just getting to this point alone has been an experience that none of us will forget and I think it’s been so transformational in so many ways. That’s what gives me so much hope for our future. I really am optimistic about what comes next for us."

Although Deputy Soulsby said she felt "lost for words" and would likely have much more to add to her reflections as the months go on, she joined Deputy St Pier in thanking the community.

"History will tell us whether we did the right thing and I'm sure hindsight will show where we should have done things differently," she explained.

"I’m relieved things have gone the way they have and so delighted for everyone in the Bailiwick that we can celebrate life without the restrictions we placed on you all, even if travel is still difficult.

"While I know we made the decisions that we believed were right based on the evidence we had and the advice we were given, I know that doesn’t mean it has come without cost and it is something I have thought about continually.

"There have been tough times, it has been beyond exhausting at times but I am so grateful I have gone through this with the people here today as well as the people around this you can’t see. There aren’t a better bunch of people you would want to work with in a crisis.

"We’re not out of the woods yet, but continue to trust us when we say we have still got this." 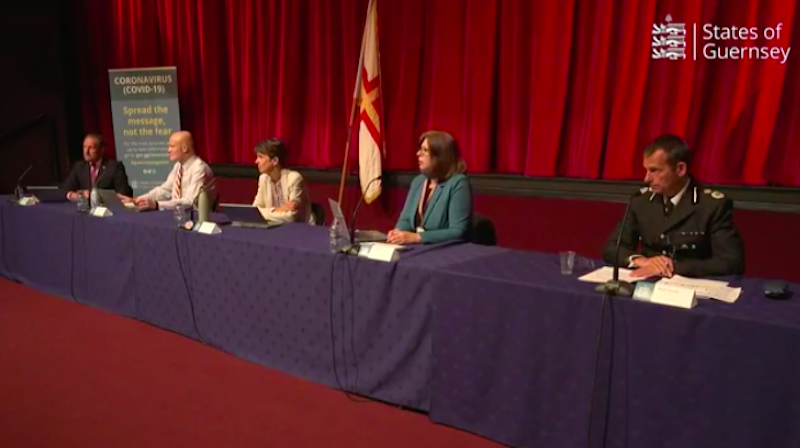 Pictured: Regular media briefings have been taking place for the past few months.

While Dr Brink hadn't spent too much time in the public eye before the pandemic, that has definitely changed over the past few months, with numerous national medias contacting her for comments and interviews. She has received immeasurable public support and a petition has even been set up, calling for her recognition in Her Majesty The Queen's New Year Honours List.

"I have been incredibly privileged to work with the most brilliant Public Health team," she said. "Without asking, they went into a seven day working week. They left their families; we’ve got lots of mothers and fathers in our department who sacrificed time with their children. In March and April they were working from 06:00 until 22:00 or 23:00. I never asked anyone to come in, they just came in.

"Also, what I’ve found so amazing is that this has been a seamless process. I’ve had amazing support from Deputies Soulsby and St Pier and the senior management team. We’ve had support from primary care, secondary care, pathology services. We’ve worked as a single unit and that is what has been the success.

Last but not least, Paul Whitfield has also spent a lot of time addressing the public as Chief Executive of the States. He represents more than 5,500 members of staff who, like many others, have had to quickly adapt to restrictions and changes. But he hopes the island will take some positives from the experiences over the last three months.

"Those that know me well have heard my counting mantra of working more effectively as one organisation and working effortlessly together as a community for the best of our jurisdiction. If there ever was proof in the pudding of where government, the public sector and our community have achieved clarity of purpose and timely fashion in terms of decision making to work effectively, that result provides the opportunities and successes that could really achieve the happiest, healthiest and best place to live on earth. Let’s keep it going."

While media briefings will continue, they will no longer be held on a regular weekly basis.

For details of what phase 5 means for you, click HERE.