Thank you, Graham - and happy birthday! 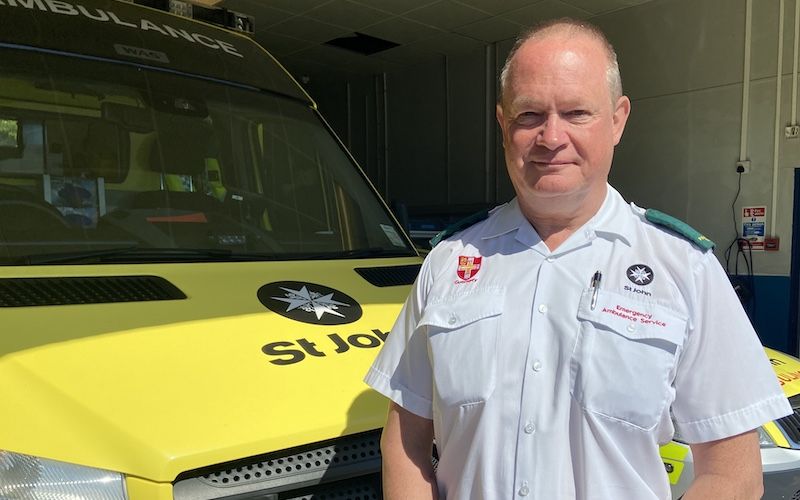 Thank you, Graham - and happy birthday!

It's a double celebration for Graham Le Maitre who is turning 60 today, and retiring, after a four decade long career with St John Ambulance which has seen him helping thousands of people in many different ways.

Despite marking 39-years of employment on his birthday, he's not hanging up his uniform completely, as he will continue helping to train St John Ambulance staff through his work as a tutor.

But his days as a front line worker, as a paramedic dealing with births, deaths and everything in between have come to an end, and he's now looking forward to spending more time at home relaxing with his wife - who has herself been nursing for nearly 40 years - before hopefully being able to visit his children in the UK and Australia when the current travel restrictions allow free movement.

"Just before I joined the ambulance service I was in St John and we could go and watch what happened on the scene and help out basically. One Thursday, I was doing my stint and there was this young nurse down the other end of the hospital. She was a 17-year-old girl, and I was 19 and the rest is history. It was our 35th wedding anniversary on the 15th of this month, we've got two children - one who lives in Bournemouth and our son who lives in Australia.

"My daughter is due to get married in October, in the UK, so hopefully we'll be able to go across for the wedding, so a little bit of travelling and time to relax." 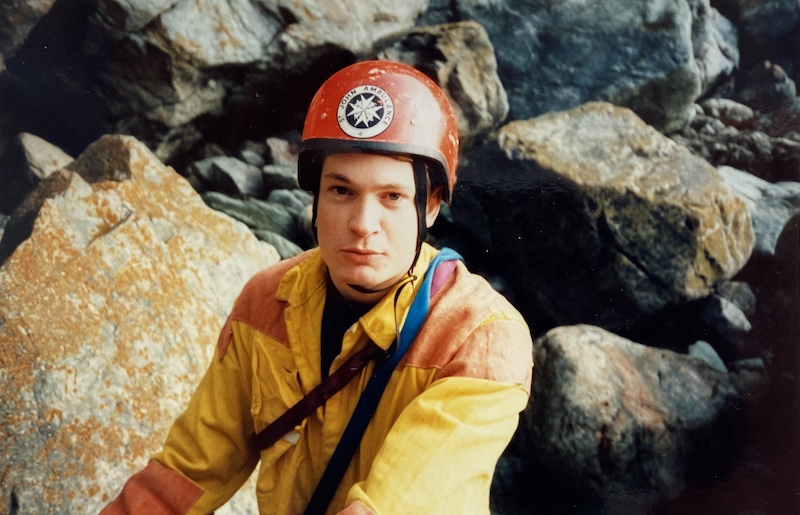 Pictured: Graham started his career with St John Ambulance 39-years ago, and among the various training he has done was with the cliff rescue team.

Graham joined the Ambulance & Rescue Service in May 1981 having previously worked as a radio and television engineer for Rediffusion, based in the Bouet. That meant he was able to repair the ambulance service radios and do maintenance work on the St John transmitters up the radio mast at Les Touillets and Pointes Lane.

He had previously been involved with St John as a junior while at primary school and would watch ambulances go past, fascinated by their sirens and lights.

"I joined when I was 8, so it's been a big part of my life really," said Graham, "so it's not a case of walking away, it's Guernsey so I'm not leaving the job and going to live in England or something. I will still have some work to do here and I'm looking forward to that."

He said one thing about working as a paramedic in such a small island is that you often know your patients, or someone who called for your help.

"There're a lot of memorable stories, many years ago I was working with one of my crew mates one evening, he was the driver, I was the attendant and we went to a certain address and I said 'do you know where this is?' and he said 'yes, it's my dad's house'. That's just one example."

Graham said his work means he has seen every aspect of human life, and many changes through the years for the ambulance service.

"I've delivered three babies, probably four but I can't remember now! I went to a sudden death once, at 7pm - we attend about 70 deaths a year in Guernsey, went back to the station, did the paperwork and cleaned up, and an hour later I went and delivered a baby. So I saw the two ends of life just in one shift.

"Sometimes we get very quiet days, sometimes very manic days, it really does alter. They might be calling for something quite minor, but it's actually quite serious to them and that is something to take into consideration.

"A lot of the work is very basic, but you've got to be able to deal with death, because you are going to come across people who will die. It's not going to make you rich, that's for sure! But on the other hand, it's a secure job, unfortunately there's always going to be people who need help.

"It is work, but you're not stuck at a desk, booking your time out to each company or whatever, it's totally different - it's not a normal job." 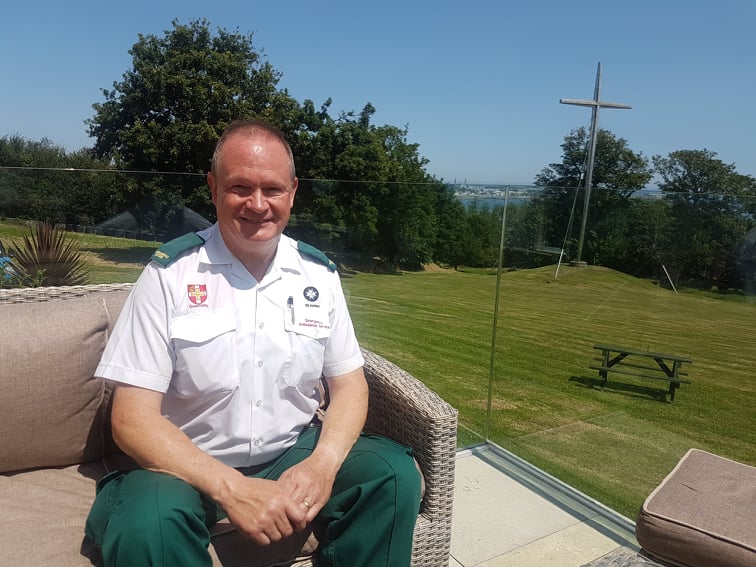 Pictured: Graham recalled he once met a young woman on a training session he was running, who he had delivered when his ambulance was called out to her mum as she went into labour.

Chief Ambulance Officer Mark Mapp wished Graham well on his retirement and said his work has been appreciated by many other people.

“Graham joined St. John Ambulance in 1971. He spent five years as a St John Cadet, during which time he attained his Grand Prior Award in 1976. He transferred to the St John Adult volunteer division and was a well-respected member taking part in many First Aid competitions and contributed hundreds of voluntary hours to community events.

"He also supported the Cadet camps for many years which helped develop many young St. John members. He was awarded his Long Service medal in 1985 and his first bar in 1990. Graham joined the Emergency Ambulance in 1981 and went onto qualify as an Instructor and as a Paramedic.

"He has been responsible for training and developing many Ambulance Service staff and volunteers during his long career. Graham has been the full time Tutor for the Service for nearly 15 years and has set up and run many training courses and Annual development days. He has also heavily supported the Community First Responder, Co-Responder schemes and UK Resuscitation Council Advance Life Support courses. This has led to him working closely with the Fire Service, Law Enforcement, Health & Social Care and other Bailiwick Island groups where he has trained many of their staff. He also helped implement the Pit Stop CPR approach which has led to multi-disciplinary teams working together and seeing an improvement in Cardiac Arrest survival rates. He has taught many community groups Life Saving skills; much of which has been done in evenings and at weekends in his own time.

"Graham has been an excellent role model for both volunteers and professional St John clinicans and has encouraged and developed a number of personnel in improving their First Aid and lifesaving skills.”