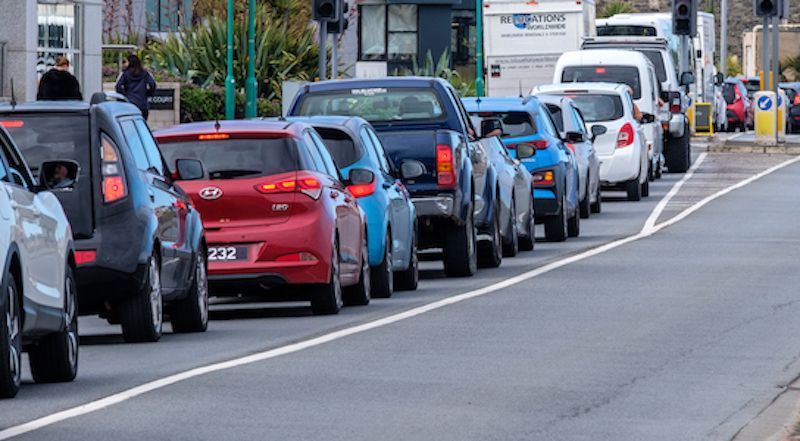 Temporary lights will dictate traffic flow along Les Banques for three weeks in September due to "road improvements" and development at Admiral Park.

Upgrades to Elizabeth Avenue and the traffic signals on Les Banques commence on 21 August.

From Saturday, traffic will not be able to exit from Admiral Park onto Les Banques, as work commences on the widening of the road, the installation of ‘improved crossings’ and lighting within Elizabeth Avenue.

On 1 September, upgrades to the traffic signals onto Les Banques will get underway with the aim to “enable better throughput of vehicles at the junction.” 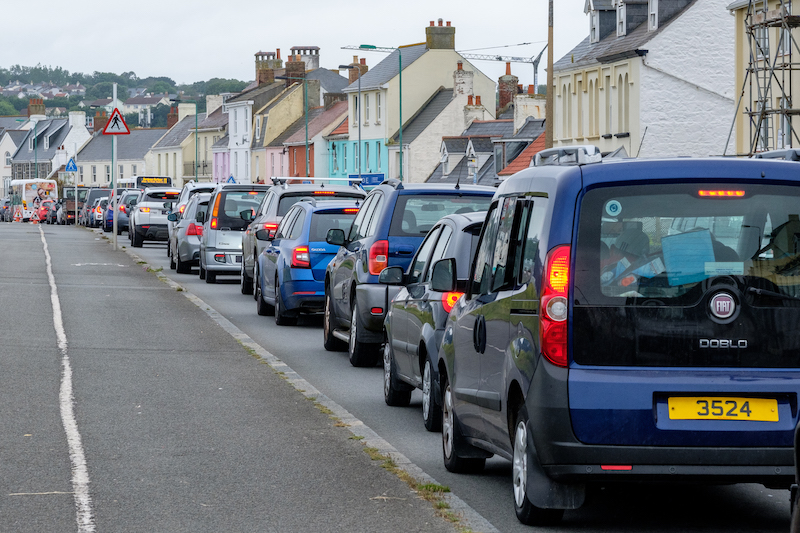 Pictured: There were temporary traffic lights in place along Les Banques for just over one month earlier this summer.

This is scheduled to take three weeks, with the movement of traffic on Les Banques controlled by temporary traffic signals, which will alternate the flow of northbound and southbound traffic.

Les Banques was heavily-disrupted throughout June for road resurfacing works to the main road and changes for pedestrians near the Red Lion Roundabout.

Traffic & Highways hopes that some of the traffic disruption experienced by road users then will be “offset” this time, as there will be no traffic entering Les Banques from Elizabeth Avenue.

A spokesperson said: “These temporary traffic signals will be controlled manually during peak times and the main contractors will be working 12 hours each day, 7 days a week whilst works take place to ensure throughput of traffic on Les Banques is maintained with minimal impact.”

With Elizabeth Avenue currently a private road, these works have been requested and funded by the developers in order to fulfil the requirements of their planning permission.

Inland access to Admiral Park from Les Banques will be maintained throughout. The works in this area are expected to be fully completed “by early October”.

Temporary lights along the front