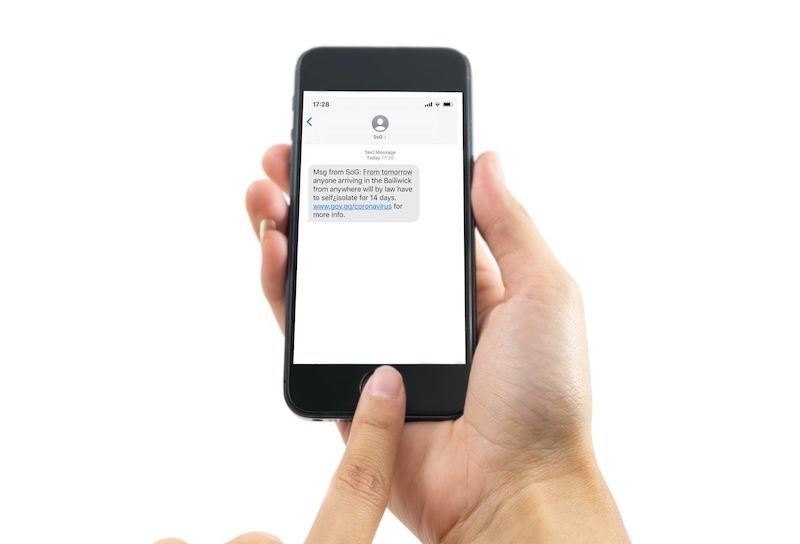 Thousands of people have received a text message this afternoon, as the States of Guernsey utilised mass communication through SMS for the first time as corona virus takes a stronger hold on the world.

A decision was actually taken more than a decade ago to use the technology to message everyone with a mobile phone, in the event of an emergency or public health threat.

That time has now come, as the States asked its telecom partners to utilise their existing databases to message everyone.

Sure, JT and Airtel Vodafone obliged and around 17:15 phones pinged across the Bailiwick as the message was sent. 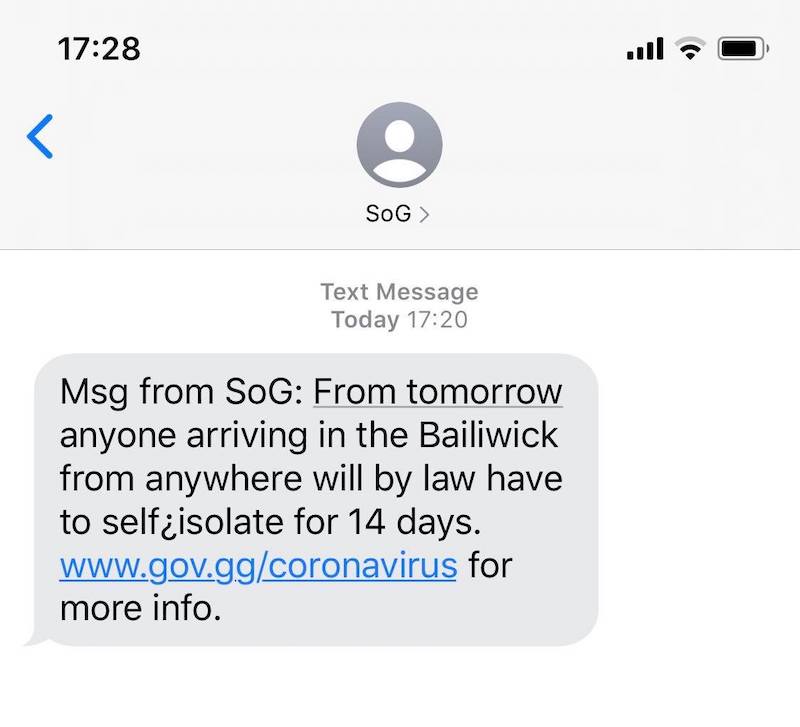 Pictured: The message received by a member of Express staff.

In 2013, Deputy Mary Lowe was quoted as saying the States had access to a critical communications programme, to contact everyone in the event of an emergency.

Discussing the risk of an explosion at Flamanville the Home Affairs President said "if the situation required immediate notification to all residents we have access to a critical communications programme that would allow us to text every mobile in the Bailiwick.

"This technology would also be able to call every landline and mobile and issue an automated voice message. This action would be carried out via the Joint Emergency Services Control Centre. Please note that, due to data protection legislation, the States of Guernsey would be authorised to utilise this technology in this way only if there was a critical incident."

It's not believed the system was utilised on this occasion however, as only text messages were sent out using the three local telecom firms to contact their own customers.