Vaccines offered to islanders at highest risk of monkeypox 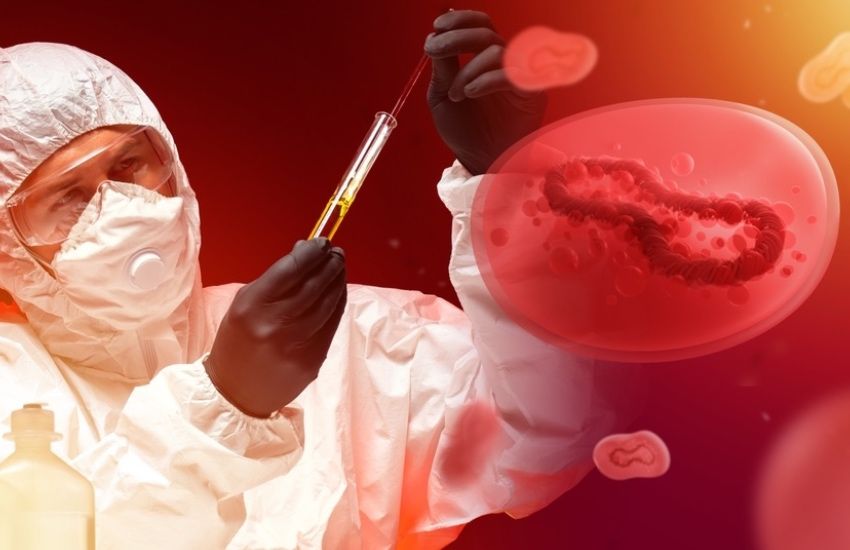 Vaccines offered to islanders at highest risk of monkeypox

A vaccine programme has started for islanders who are at greatest risk of contracting the monkeypox virus which is spreading around the world and reached Jersey last week.

More than two dozen islanders have already received their first dose of vaccine and the programme will be accelerated as more doses become available.

Dr Nicola Brink, the island's Medical Officer of Health, said the local vaccination scheme has been introduced in line with recommendations from the UK's Joint Committee on Vaccination and Immunisation (JCVI), but she added that supplies of the vaccine are currently limited.

Dr Brink was speaking to Express 24 hours after Jersey confirmed its first case of monkeypox having identified it as "highly probable" on Friday.

"This [the vaccination programme] is a crucial step forward while the data still shows the virus is disproportionately affecting gay and bisexual men and men who have sex with men," said Dr Brink.

"However, there is a limited supply of the vaccine nationally, so initially one dose is being offered to those at highest risk first." 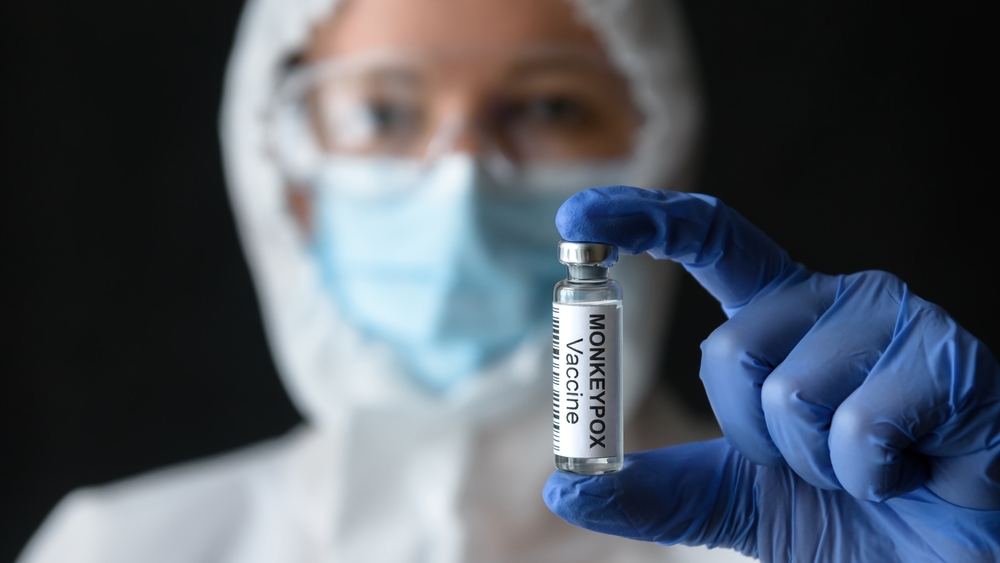 Pictured: The vaccine being used against monkeypox is made from a lost virus that has never been fully identified.

"As more vaccine supplies become available, more people will be offered the first dose of the vaccine. Public health services are working closely with the UK Health Security Agency with regard to vaccine supplies for the Bailiwick and we are very grateful for this assistance," said Dr Brink.

"The local vaccination programme has already started in the Bailiwick within the region of 30 people already having received their first dose of vaccine. This includes frontline staff and service users fulfilling the JCVI eligible criteria.”

Dr Brink asked people not to contact health services to request a vaccine.

"We we will be in touch with those who have been assessed as requiring vaccination when we have a vaccine available," she said.

"In addition, we have access to vaccine for post-exposure prophylaxis for those who are identified as close contacts and meet the criteria for vaccination, via our dedicated monkeypox contact tracing team." 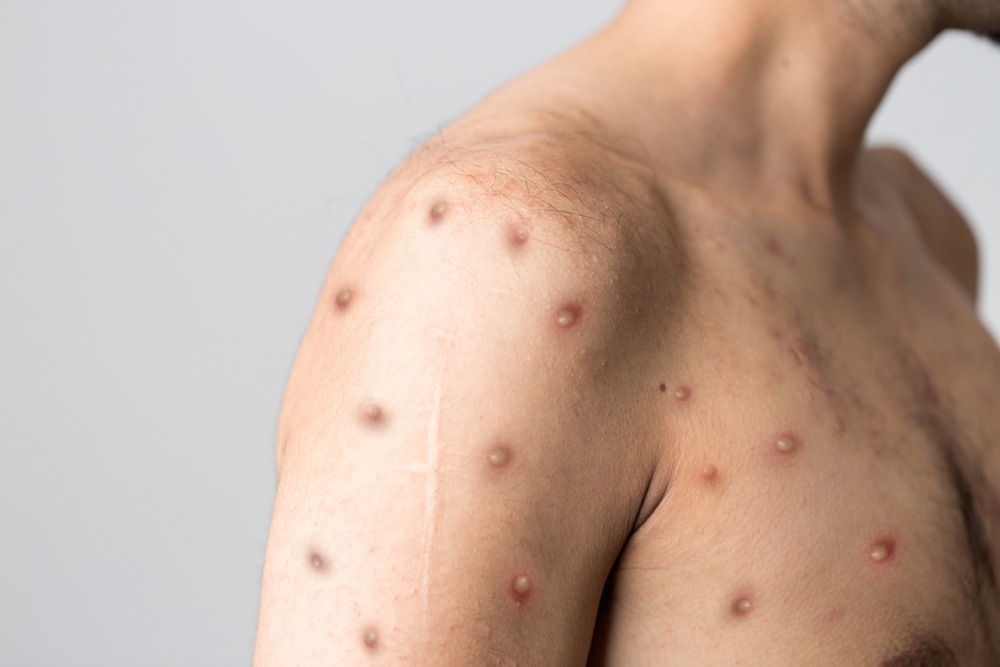 Pictured: The formation of scabs which later fall off is usually the final stage of monkeypox infection.

The United States' Centres for Disease Control and Prevention was reporting last night that there have been just over 19,000 confirmed cases of monkeypox in an outbreak which has reached 76 countries or territories.

It is the first time the virus is known to have spread widely outside Central and West Africa.

Dr Brink said that the confirmed case in Jersey would not change Guernsey’s approach to monkeypox.

"The UK is continuing to see new diagnoses of monkeypox, passed on primarily through close or sexual contact," she said.

"We have developed diagnostic pathways and a contact tracing programme and initiated a vaccination programme. We are prepared to see a case, so the situation in Jersey does not change our preparations at all.

"There is no risk of a lockdown if cases started appearing in the island. This is entirely different to covid." 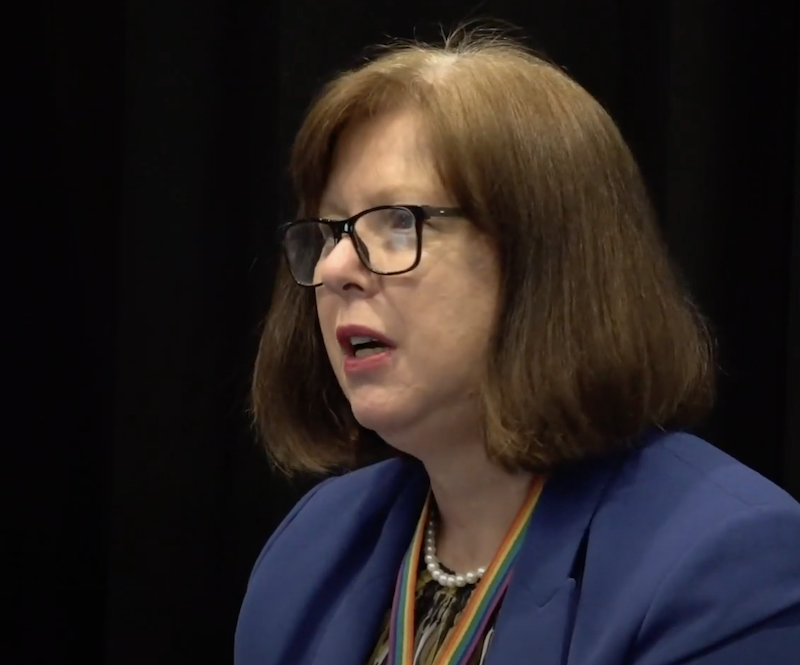 For many people, monkeypox symptoms are mild. But hospital treatment can be required in some cases.

"However, the risk to islanders remains low," said Dr Brink.

"Although the risk to islanders remains low, we should all be aware of the signs and symptoms of monkeypox.

"While the majority of infections in the UK have been among gay and bisexual men, and men who have sex with men, it is important to remember that anyone can catch it.

"The infection is usually a self-limiting illness and most people recover within several weeks. However, severe illness can occur in some individuals. 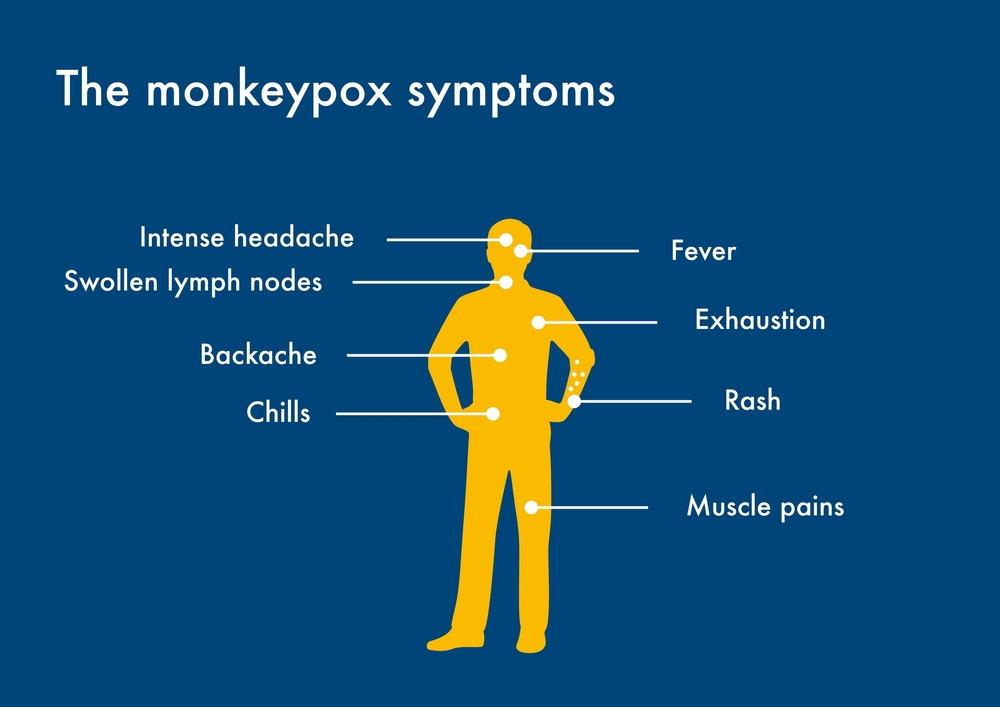 Monkeypox can be passed from person to person through close physical contact with monkeypox blisters or scabs. This includes during sexual contact, kissing, cuddling or holding hands. Other modes of transmission include touching clothing, bedding or towels used by someone with monkeypox and the coughs or sneezes of a person with monkeypox when they are close.

The illness is associated with the following symptoms:

"Within one to five days after the appearance of fever, a rash develops, often beginning on the face and then spreading to other parts of the body," said Dr Brink.

"The rash changes and goes through different stages before finally forming a scab, which later falls off."

Further information can be obtained from GP practices or the Orchard Centre.