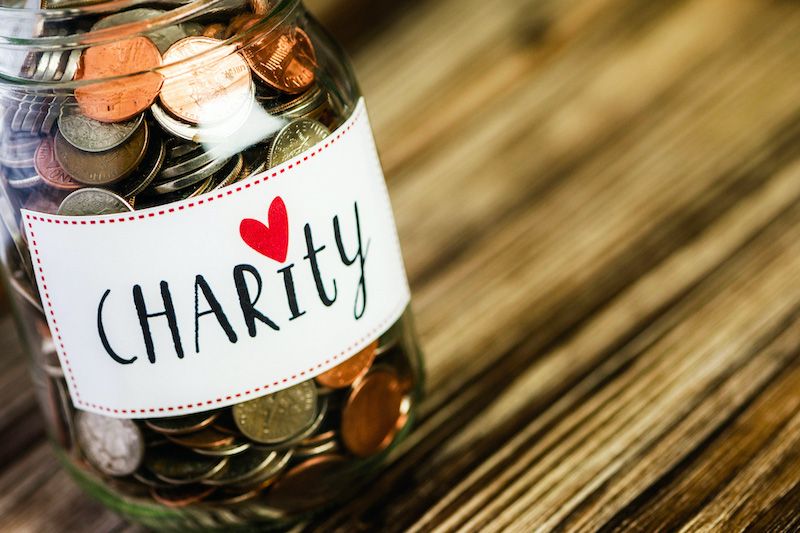 Adults donated more than £400 to charity on average in 2020, according to a research company, with a focus on charities dealing directly with the local response to the Covid-19 pandemic.

Island Global Research has extrapolated results from the 561 people who participated in a survey to estimate that around £22m was donated to charity in Guernsey in 2020, averaging £420 per adult.

Researchers said the findings from their survey had been ‘weighted’ to try to negate impact of the survey’s natural selection bias and slight inaccuracies in people's recollection of how much they donated. 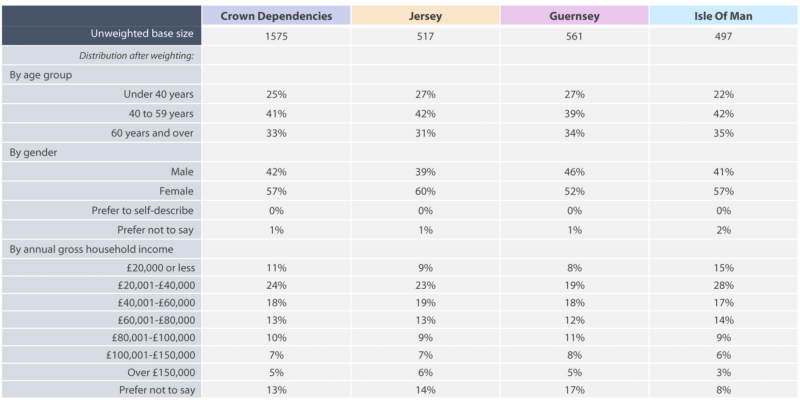 Pictured: 561 people in Guernsey responded to the survey, which sought views from people across the Crown Dependencies.

"The findings demonstrate a continued generosity in 2020, though they also evidence a complex picture of how the third sector has been impacted by the pandemic," said Dr Lindsay Jefferies, Managing Director of Island Global Research.

"In 2020, fewer people gave money to charity and ad-hoc giving was down, but our estimates also suggest overall monetary donations increased. Less time was spent volunteering, but we also know around 1 in 4 people have directly benefitted from the work undertaken by a local charity and the majority of people helped others during the pandemic."

2020 also saw innovations in fundraising – as charity events were cancelled, more events such as quizzes took place online. A quarter of respondents said they participated in this form of fundraising, however, researchers say it did not have the same "reach" and apparent profitability as in-person fundraisers.

It is the fourth year that IGR have conducted a survey about charitable giving, and the indications are that those charities who dealt directly with the local response to the  island's lockdown were at the centre of people's fundraising, which in turn led to reduced fundraising for other third sector groups. 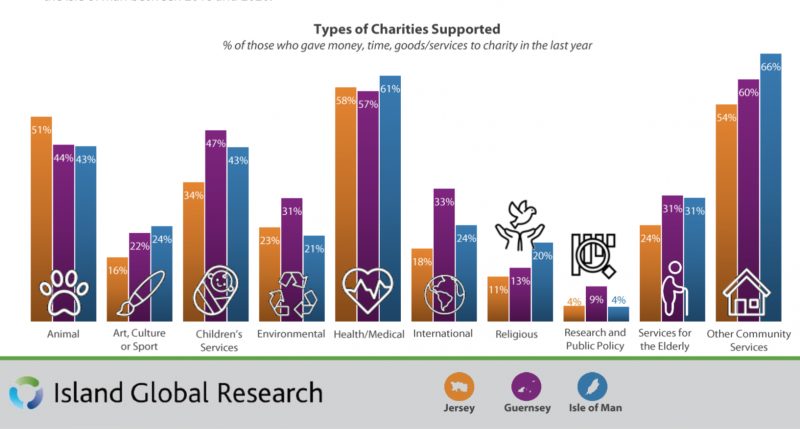 Pictured: A breakdown of the types of charities supported by survey respondents in 2020.

“It is worth remembering that not all of these donations will have been to charities operating on-island, and that around 30% said they had specifically gave money to support Covid-19 efforts," said Dr Jefferies.

"This means that the impact will have been different for different charities, and local charities not directly related to supporting people through Covid may have been more adversely impacted than the overall picture suggests.”

"There’s no doubt 2020 was a challenging year, and the work undertaken by the third sector was greatly appreciated – with more than 90% of people reporting that charioties make an important, or very important, contribution to our islands."