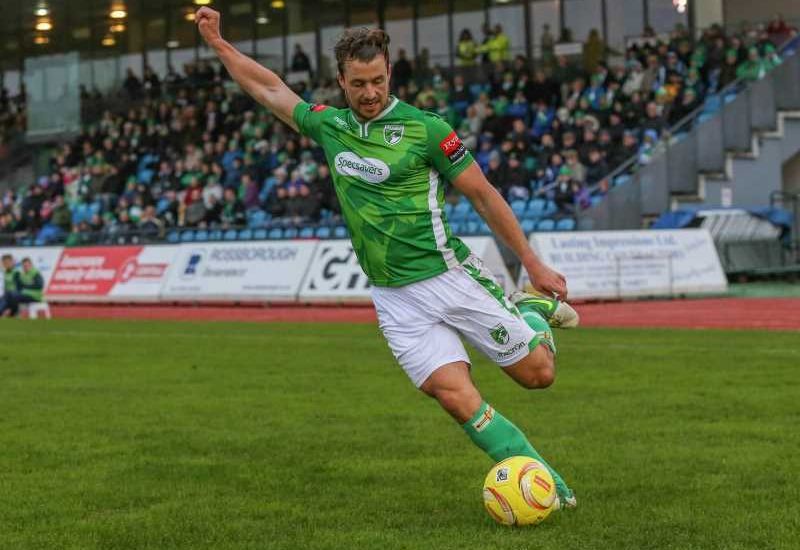 Former Guernsey footballer Jacques Isabelle has been diagnosed with leukemia and is receiving treatment in the United Arab Emirates, where he teaches PE and sport.

The 34-year-old played for the island at senior and junior level. His clubs included Northerners and Rangers before he joined Guernsey FC when it formed in 2011.

He went on to make 120 appearances for the Green Lions, scoring six goals.

He was a teacher at St Sampson's High School before relocating to Dubai in 2016 to become head of boys' sport at a primary school.

It was in Dubai that Mr Isabelle was recently diagnosed with Chronic Myeloid Leukemia.

As an expat, he is expected to pay towards his medical treatment. He has health insurance which might cover only some of the costs.

Pictured: Jacques Isabelle has launched a crowdfunding campaign to help pay for his medical treatment.

Mr Isabelle launched his crowdfunding campaign with this message:

"Hey everyone. This may come as a shock to many of you but I was diagnosed with Chronic Myeloid Leukemia last week.

"This is a form of blood cancer. The treatment is really successful but is also very expensive.

"The amount we are aiming to raise is the minimum cost if the insurance company supports me.

"Hoping you can all join me on this journey with your love and support."

The response to Mr Isabelle's request for love and support has been overwhelming in the few days since he created the fundraising account.

He has already smashed through his initial target of £17,000. By Saturday afternoon, donations had been received from more than 700 people, who in total had pledged nearly £32,000. By Sunday evening, he had raised over £37,000 from more than 800 donations.

Those supporting him locally include his former club, Rangers, and Guernsey FC manager, Tony Vance.

Numerous pupils and colleagues are among those supporting him in Dubai. He has received donations from 'Kareem's mum' and Sameer and Samaira, who wrote: "Get well soon, Mr Isabelle." Former Guernsey resident Gareth El Mettouri, who lives in Dubai with his wife and two children, had this message for Mr Isabelle: "Sending our best wishes. Gabriel is looking forward to seeing you soon for PE."

Pictured: By Saturday afternoon, Jacques Isabelle's crowdfunding campaign had received pledges of nearly £32,000 from more than 700 supporters. Since then, approximately 100 more pledges have been received, and Mr Isabelle now has more than £37,000 towards his treatment.

Anyone wishing to support Mr Isabelle's treatment can donate online by clicking HERE.

Nic Legg, a Director and Communications Manger of Guernsey FC, said that fundraising at the match was the least they could do for one of their own Green Lions.

"Everyone at the club sends support to Jacques as he begins his treatment."

Money donated through the bucket collection at the match will be paid directly to Mr Isabelle's fundraising account.

On the pitch, Guernsey FC's match against Basingstoke Town ended in a thrilling 4-4 draw. Guernsey FC were 3-1 down at half time. Glenn Le Tissier scored the vital equaliser to make it 4-4 with just five minutes remaining. The late point they secured keeps Guernsey FC 18th in the 19-team Isthmian South Central Division.

Support group “open to anyone affected by cancer”

Strategy launched after years of increasing reports of child neglect