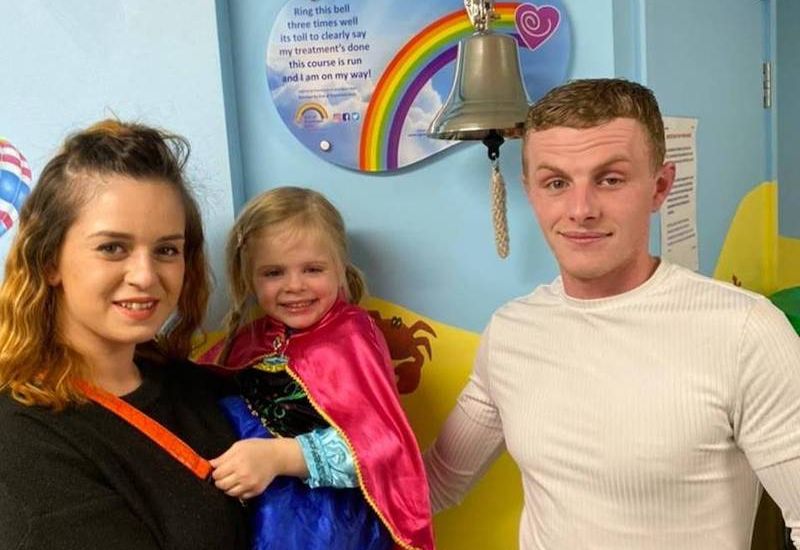 "Absolute fighter" Lochie Fallaize and her family have celebrated the end of the three-year-old's cancer treatment.

Lochie is the first local child to ring the new ‘end of treatment’ bell on Frossard Ward at the Princess Elizabeth Hospital.

Normally children ring the ‘end of treatment bell’ on the ward where they received most of their treatment; which in Lochie’s case was Piam Brown in Southampton. Due to Covid-19 restrictions she was unable to travel to the UK to ring the bell there.

Because Lochie couldn’t have the celebration she deserved her mum, Ellie, contacted the Children’s Community Nursing team to see what they could do.

"It was such an emotional day to see Lochie finally ringing the end of treatment bell," said Ellie. "She has been an absolute fighter through her gruelling treatment. To see her so happy ringing the bell on the ward where she has received so much support was beautiful to see." 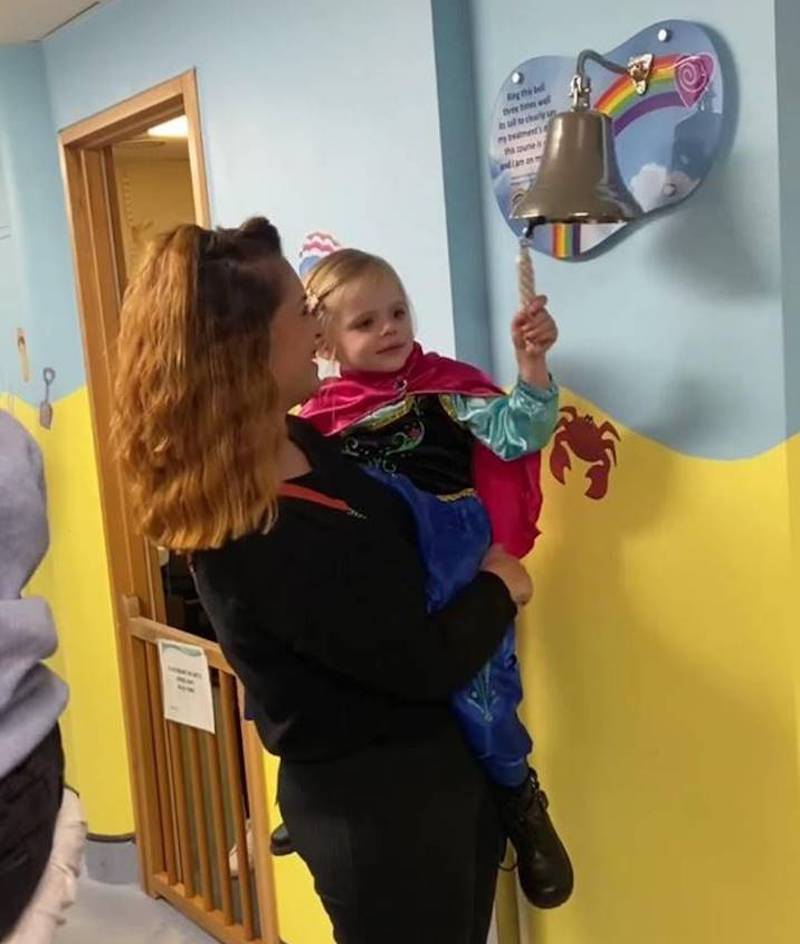 Pictured: It was not possible for visitors to attend the ward at the time Lochie rang the bell for the first time.

The family held a party after the bellringing and raised money for the Priaulx Baby Foundation, as the family used the flat a lot whilst they were in Southampton. These flats are invaluable for the families of Bailiwick residents who have to spend a lot of time in Southampton for critical treatment.

Children’s Community Nurse Emily Hooper said the bell will be used in the future to enable all Bailiwick children who go through such a journey to celebrate with all their family around them.

"Our team have seen Lochie once a week since her return from Southampton to take blood samples and she has also had to travel to the UK every 12 weeks for chemotherapy treatment. She has been a superstar throughout," she enthused.

"Because Lochie couldn’t ring the bell in Southampton, I contacted the charity who supply the bells at the beginning of January this year and applied for Frossard Ward to have their own. This was delivered and installed just prior to the second lockdown in the Bailiwick in January."

Higher rates of Melanoma in Guernsey than UK

Walking in a Winter Wonderland...