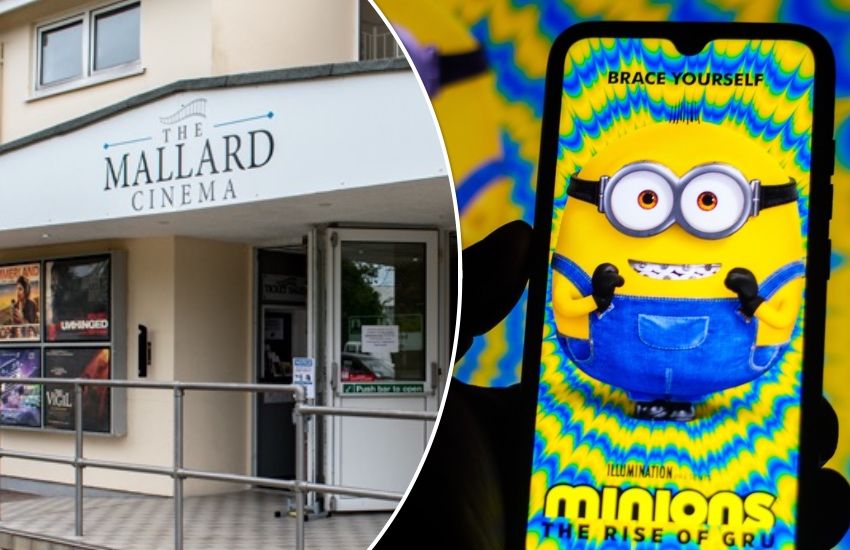 The Mallard Cinema has put tickets for the film Minions back on sale, with several conditions, after reported incidents of disruption and poor behaviour by some movie-goers across the weekend’s screenings.

The Mallard says that tickets must be purchased in person; large groups without accompanying adults will not be permitted; any disruption will result in removal without a refund; and the wearing of suits has been banned.

A viral TikTok trend has seen young audience members across the world attending the film in smart attire, labelling themselves ‘gentleminions’. At first, the cinema acknowledged this trend and granted permission, but they have since revised that position.

The cinema has been “forced” to place staff in theatres to oversee the audience, and some incidents over the weekend resulted in calls to Police. 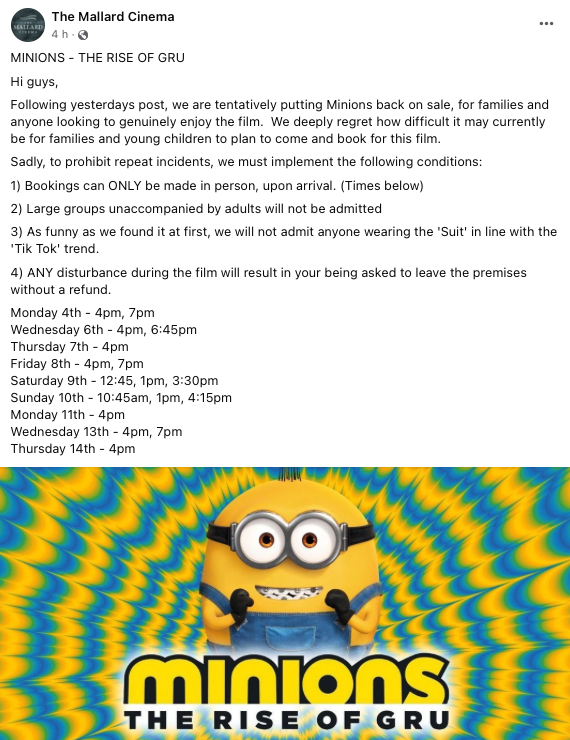 The Mallard initially asked on Sunday for attendees to be respectful of others during screenings as some groups were “behaving in ways that are disturbing the experience for other viewers and families with younger children”.

The Mallard apologised for inconvenience and said: “We are a family friendly venue first and foremost, and feel this step is necessary to avoid further incidents."

Today, the cinema announced the resumption of screenings with conditions.

“We deeply regret how difficult it may currently be for families and young children to plan to come and book for this film,” it announced.