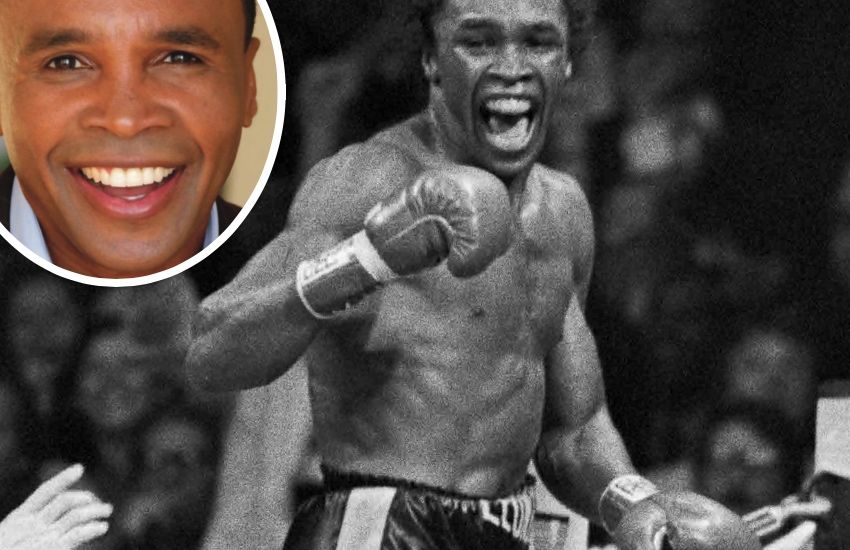 While Guernsey often punches above it weight in producing top athletes, it is not every day that the island welcomes the likes of an undisputed world champion like Sugar Ray Leonard.

An Olympic gold medalist, world title winner in five weight classes and one of the “Four Kings”, even strangers to boxing would have had difficulty avoiding knowing something about Leonard. In hearing him talk though, it was his humility, not his accolades, that reinforced the admiration of a full audience at the Duke of Richmond Hotel.

“I am incredibly blessed man and I thank God for that every day. I have learned so much from boxing and I never underestimate how lucky I am that I have had good, honest people around me who kept me honest,” he said. 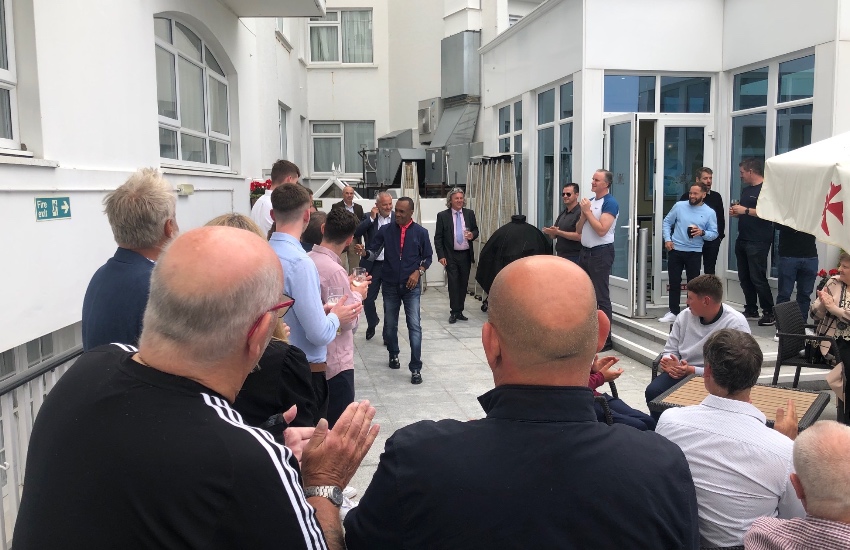 Leonard continued: “I never wanted to be a professional boxer. I had heard too many stories of young fighters being taken advantage of and ending up with nothing and I didn’t want that to me.

“I had a full scholarship to the University of Maryland, and I wanted to further my education. But then my father fell incredibly ill, he was on his deathbed, and I needed quick money, so I went pro.”

Having already attained an Olympic gold medal at the 1976 Olympics in Montreal, Leonard approached 35 different sponsors for $1,000 each.

“After my first fight, I paid back all my sponsors in full so I was a free agent from then on; that was almost unheard of at the time, but I didn’t want to be in a position where I could be taken advantage of,” he said.

“After my second fight I used the money to buy a home for my parents. They had given us everything they possibly could, but we lived in a bad area, and it was tough. Handing them those keys and saying, ‘you’ll never have to work another day in your life’ is the most incredible moment I can think of."

Despite his initial reluctance to turn professional, Leonard explained how he became the best.

“I had complete tunnel vision and I was absolutely dedicated. The other guys would run three miles a day, I’d run five. They’d do 50 sit-ups, I’d do 100. I kept pushing and never gave up; that’s something I learned from my parents,” he said.

“I was hugely inspired by Muhammad Ali, Bruce Lee and Ray Charles. I’m inspired by anyone who shows commitment and determination in any area.

“Boxing is just like life; you fight for your family, you fight to advance your career, you fight for respect. Every time I fought, I was fighting for my family. You have got to be a fighter in life.” 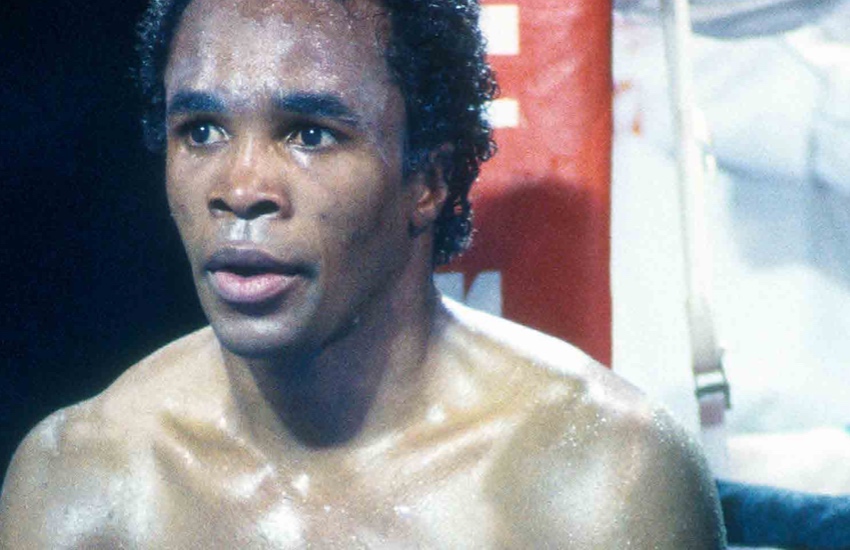 Pictured: Sugar Ray Leonard is widely regarded a one of the greatest fighters of all time with world titles in five weight classes. (Credit: Zenon Texeira, OPUS.)

From his “no mas” match against Roberto Duran II to his return from retirement to challenge “Marvelolus” Marvin Hagler, Leonard is no stranger to infamous moments in the ring.

“As a person I’m non-confrontational and quite shy, but when I’m in the ring it’s completely different. I’m motivated by fighting guys who I have a bit of fear towards,” he said.

“We would do 30 or 40 press conferences for fights and I remember Roberto Duran sizing me up at all of those. He would push me, shove me, kick me, curse me out and even cursed out my wife. He got in my head, and he really upset me.

“I contemplated retiring after I lost the first fight to Duran. After the fight I went to Hawaii with my wife and while I was there I decided I wanted a rematch and I wanted it ASAP. That was not normal for fights of that magnitude, which are usually years in the making, but I knew that Duran would very quickly gain weight and I wanted the opportunity to fight him. I knew I was ready.”

The rematch with Duran is remembered as the “no mas” fight, after the referee called the fight after allegedly hearing Duran say “no mas” (“no more” in Spanish).

“I beat Duran mentally and psychologically. Duran was a bully and you have to stand up to bullies,” said Leonard.

“Admittedly, I did not hear Duran say ‘no mas’, but he threw up both his hands in frustration and waved them and that doesn’t mean anything else in the ring then you’ve had enough.” 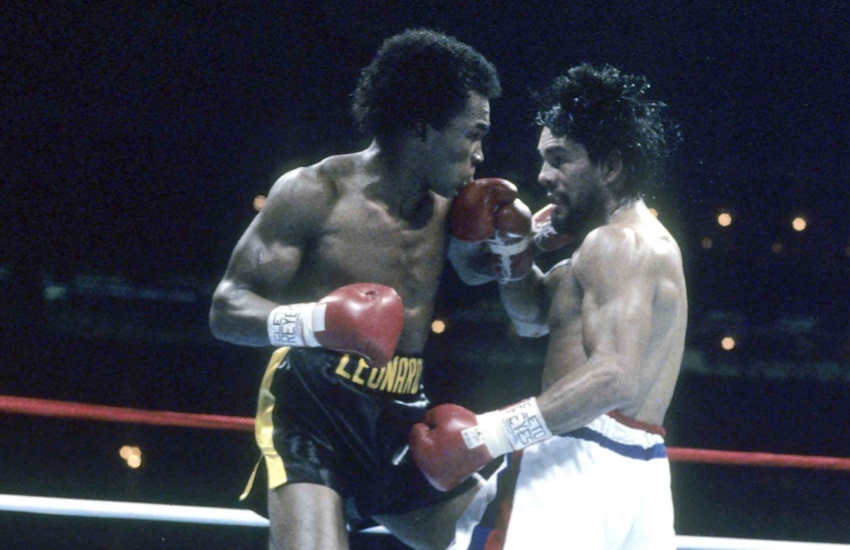 Pictured: Leonard said that his fighting spirit came from his parents who "never gave up".

Throughout his career, Leonard admitted that he had faced addiction problems.

“At time I got so messed up that I didn’t know what was real and what wasn’t. I was drinking too much and taking a lot of cocaine,” he said.

“I am proud to say that I was an alcoholic who has been clean and sober for 17 years.

“I’m a motivational speaker and I speak to a lot of alcoholics and drug addicts. I will tell them how when I first went to Alcoholics Anonymous, I wouldn’t say that I was an alcoholic. I’m not ashamed to say that the first time I admitted it, I broke down in tears.”

Leonard said that he has committed his life to “giving back”. He set up the Sugar Ray Leonard Foundation with his wife to raise awareness and funds in aid of diabetes and he said he particularly likes helping children.

He met with a number of young boxers while he was on the island, some of whom were in attendance to hear him speak in the evening. A 14-year-old asked Leonard what advice he would give to become “the best”. 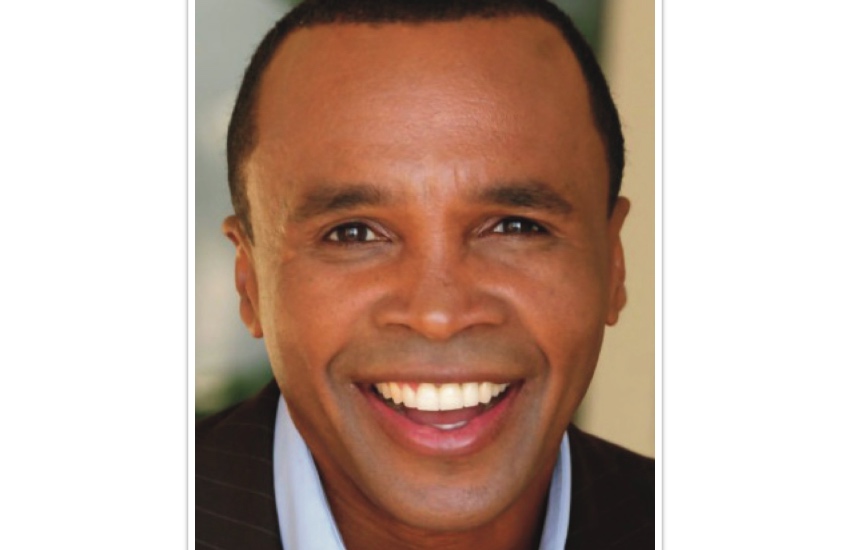 Pictured: Leonard is a motivational speaker and does a lot of work since retiring from the sport. (Credit: Zenon Texeira, OPUS.)

“You must believe in yourself. Be optimistic, be confident and dream your dreams, because without dreams, we’re nothing,” said Leonard.

“The best advice I ever received was from Muhammad Ali. He told me to believe in myself and to always be prepared to fight the fight of your life.”