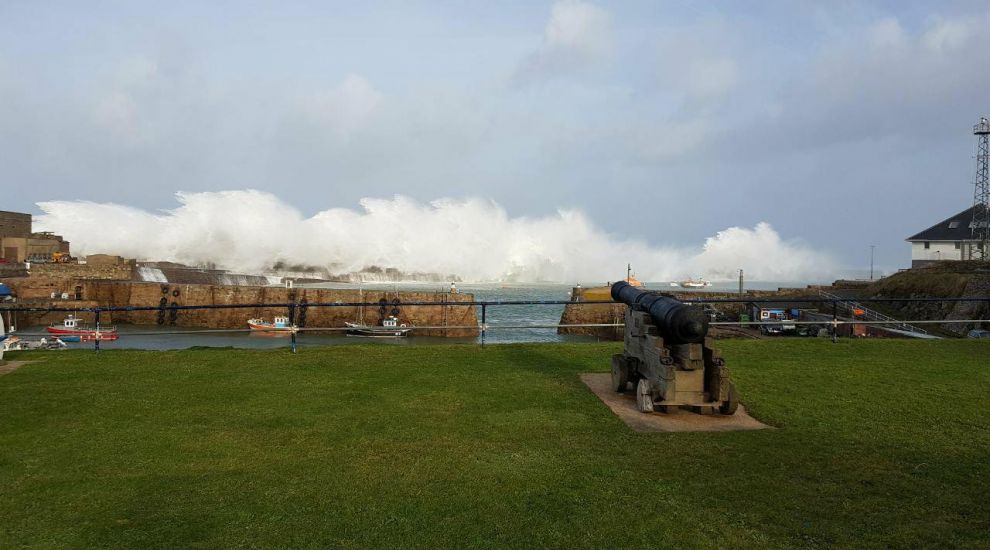 Severe weather has taken its toll on the Alderney Breakwater, as it has been damaged in the storms of the past week.

Initial inspections have taken place now the worst of the weather has passed, and masonry has been dislodged from the upper wall on both sides of the structure.

But a States spokesperson said the full extent of the damage has not yet been identified as nothing could be done in the short-term other than observe.

“Full on-site inspections will be completed as soon as it is safe to venture on to the breakwater,” they said. “It is hoped that this will be possible next week.”

Repair work is set to be commissioned as quickly as possible to protect the structure from further structural erosion and damage, although more stormy weather is forecast in coming weeks.

“As the photographs taken this week so clearly illustrate, the battering that the breakwater received is truly staggering and it is impressive how this remarkable 900m structure - which gives protection to Alderney’s commercial harbour and Braye Bay - continues to stand up to the elements more than 150 years after its construction to create an anchorage for the British fleet,” Deputy Barry Brehaut, President of the Committee for the Environment & Infrastructure, said.

“The breakwater has been the responsibility of Guernsey States for some 30 years now, and I would like to record my thanks to the various Alderney residents who continue to work closely with our staff providing information, photographs, and assistance, all of which are particularly valuable under these conditions and for the longer term consideration of breakwater maintenance.“

So far the damage appears to be restricted to the first (landward) third of the breakwater which has been the site or damage and breaches in the past.

Picture: The Alderney breakwater on Thursday 4 January during the most recent storms, taken by Krys Page.