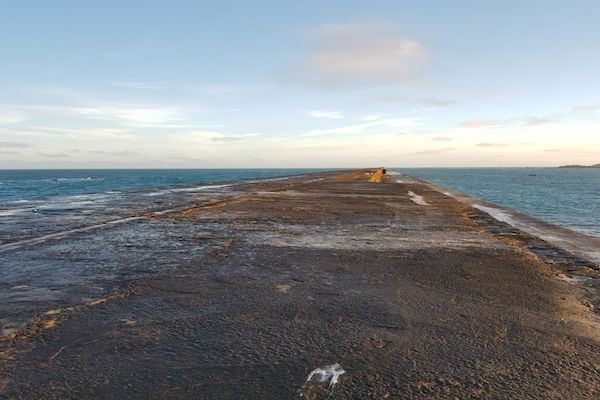 Stones have been left lying next to Alderney's breakwater after recent stormy weather.

The bad weather last week left Alderney's historic, and vital, breakwater damaged and the extent of that damage is now becoming clear.

Initial inspections took place late last week, once the worst of the weather had passed, after it was noticed that masonry had been dislodged from the upper wall on both sides of the structure. 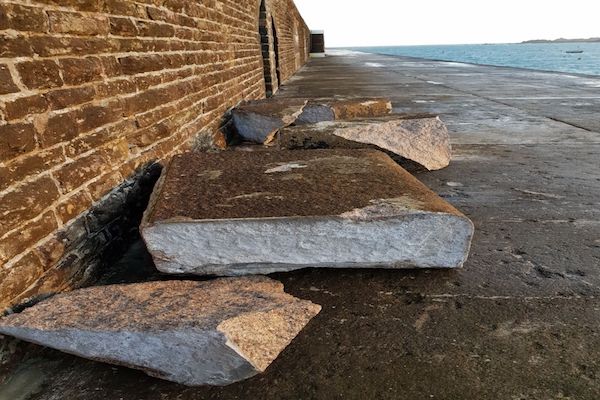 On Friday 5 January a States spokesperson said the full extent of the damage had not been identified as nothing could be done in the short-term other than to observe what had happened: “Full on-site inspections will be completed as soon as it is safe to venture on to the breakwater,” they said. “It is hoped that this will be possible next week.”

Express' Alderney correspondent, Krys Page, visited the breakwater on Thursday 11 January and found the damage was clearly visible. As well as older signs warning people walking on the breakwater to take care, there were large rocks and bricks which have clearly fallen from the structure as it was battered in the strong winds and waves earlier in the month. 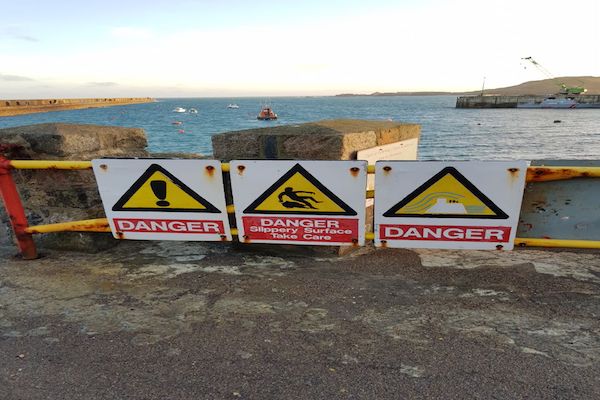 Repair work is set to be commissioned as quickly as possible to protect the structure from further structural erosion and damage, although more stormy weather is forecast in coming weeks.