"Still in one piece" 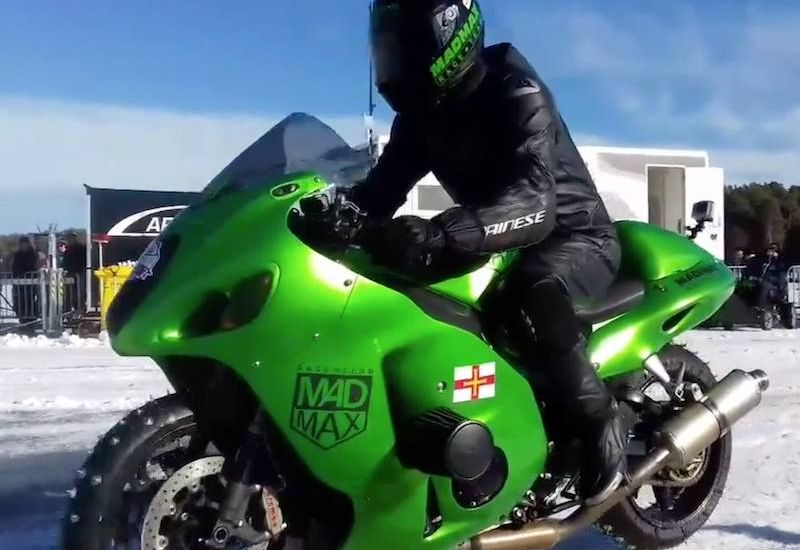 "Still in one piece"

Zef Eisenberg, and his bike, are still in one piece, after his latest breathtaking record breaking attempt.

The MadMax racer wanted to set a new speed limit on ice, with his supercharged Suzuki Hayabusa.

While he didn't set a new record, he did finish the weekend with the second fastest speed overall, as he explained on his Facebook page.

"With Ice Speed Week in Sweden finished, I am pleased to announce, myself and the MADMAX "Green Monster' bike is still in one piece - Just! Racing on ice is not easy or for the faint of heart," wrote the MadMax Race Team.

"Approaching 300 kmh + is difficult, due to tyre strength and stability, that we found out big time. On Friday, on his very first ice run, Zef reached a crazy 256kmh (160mph) with two flat tyres, as they both punctured at high speed, due to the Stainless Steel internal carcus snapping inthe tyre, puncturing the inner tube. On run 2, the front tyre punctured again, due to another metal band snapping, causing an extreme tank slapper at 180kmh (113mph)." 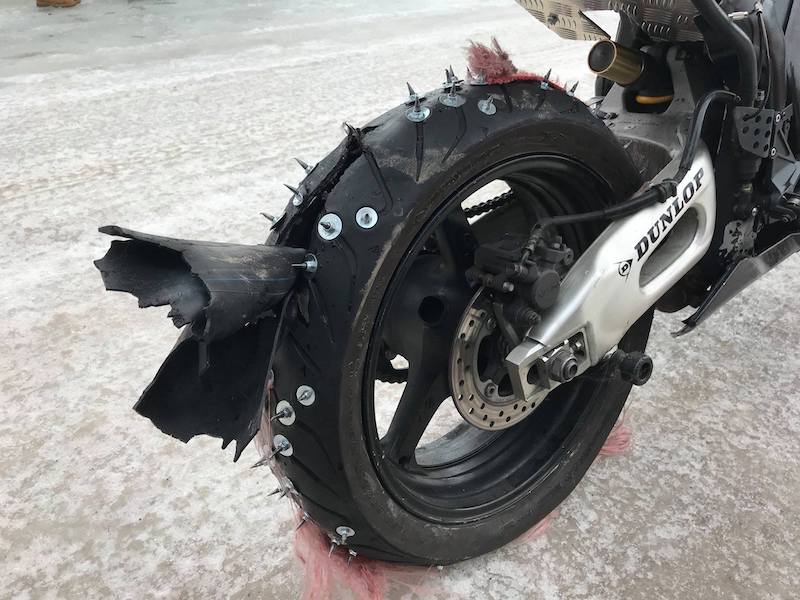 Mr Eisenberg was pleased with his results on the ice. He wrote; "So after all the crazy sh*t, I ended up with the 2nd fastest top bike speed at 283kmh, before the cracked radiator took the bike out of action. It's been the craziest, maddest race event ever.

"I love the people, they are super friendly. Next year team MADMAX will be back with far more knowledge, insight and bullet proof tyres and radiator, so we can hit the big 300 kmh speeds and beyond..." 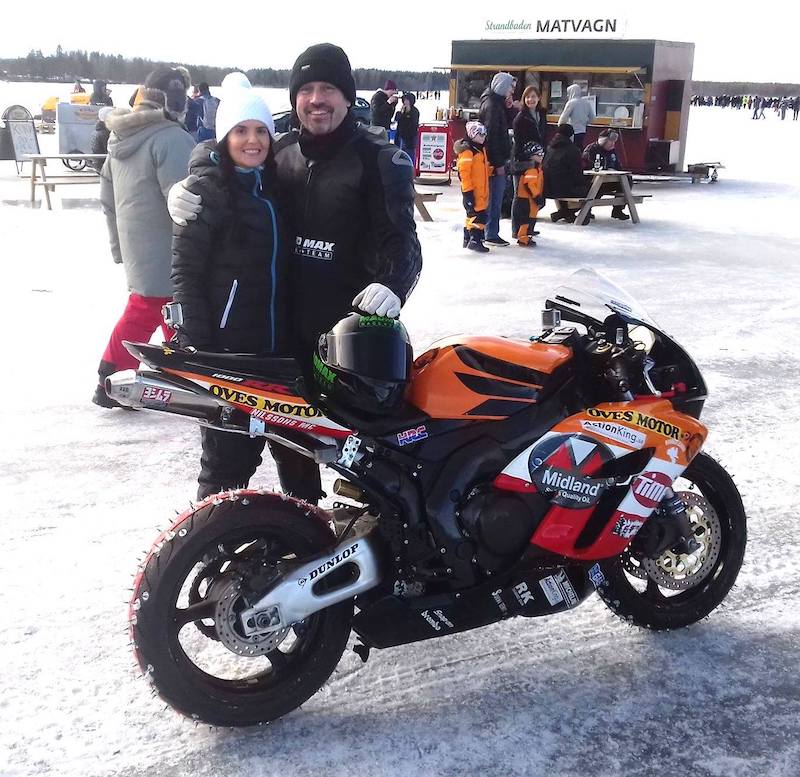 Pictured: Zef Eisenberg with his girlfriend. Picture credit: The MaMax Race Team Facebook page. "My amazing girlfriend for putting up with all my racing antics. Mirella is an amazing support, who helped build my ice race tyres and checks my safety kit before each run."