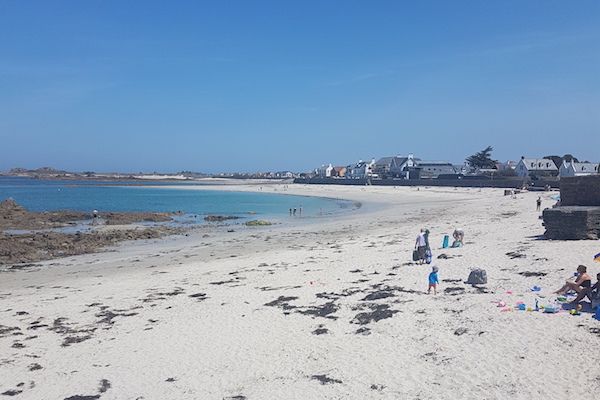 With it looking unlikely our borders will be fully opened this summer, Guernsey's tourism body is looking at ways to encourage us to spend our holidays savings locally instead.

While there are no plans to 'bubble' with any other jurisdictions; including Jersey yet, it is widely expected that travel within our Bailiwick will be allowed as the lockdown is further relaxed.

VisitGuernsey is already working on plans for a ‘staycation’ campaign, to encourage islanders to take their holidays within the Bailiwick and to "make use of the excellent restaurants and hotels we have here on Island, as soon as that’s possible".

In a statement issued by Policy and Resources in response to queries about the suggestion of a travel bubble with Jersey earlier this week, they said: "The quicker we can re-open our economy, within the Bailiwick’s borders, there’s a lot of potential for Islanders to enjoy what our local tourism sector has to offer.

"We’re keeping an open mind to ‘bubbling’ with other jurisdictions in the future, but they will need to be in a similar position to us with similar controls over their borders."

Above: Many of Guernsey's hotels are already running takeaway services and will be looking to reopen in other ways as soon as they are allowed. Others, including La Grande Mare have said they won't be reopening as they will instead close for refurbishment or for other reasons.

The Committee for Economic Development, which is responsible for VisitGuernsey, has said it is also already looking ahead to the 2021 season and is making preparations for how it will return to the wider European and global market.

"All of this is something VisitGuernsey intends to develop in partnership with the industry, and a ‘tourism taskforce’ with industry representatives is meeting this week," said P&R. "There’s no escaping the fact this pandemic is having a very serious impact on our tourism sector, and even jurisdictions that intend to open their borders sooner rather than later, will see a significant drop in travel and will do far less business. We must continue to support local businesses through the support measures that were introduced early in our response and have since been expanded. All of these steps are to ensure our businesses are in the best possible position to bounce back as soon as it’s safe to do so."

A number of local businesses have already worked up their own plans for 'staycations' this year.

Herm Island is among those getting ready, saying it will make an announcement via its own social media accounts as soon as there is confirmation from the States of Guernsey that the island can offer accommodation to Bailiwick of Guernsey residents this summer.

At the moment, the situation remains the same and no one from Guernsey is allowed to travel to the other islands of the Bailiwick - except for essential work purposes.

That includes private boat owners who should still not be docking in any harbours other than the island they are usually resident in.

Travel restrictions are likely to remain in place until at least phase 5 of the lockdown exit, as it states:

"Phase 5 should be considered a return to a normal level of activity within the Bailiwick (with restrictions remaining in place for travel outside of the Bailiwick) with the final elements of the local economy, including bars and nightclubs, able to function."

However, the Civil Contingencies Authority has stated we will move through the phases quicker than outlined if the situation allows.