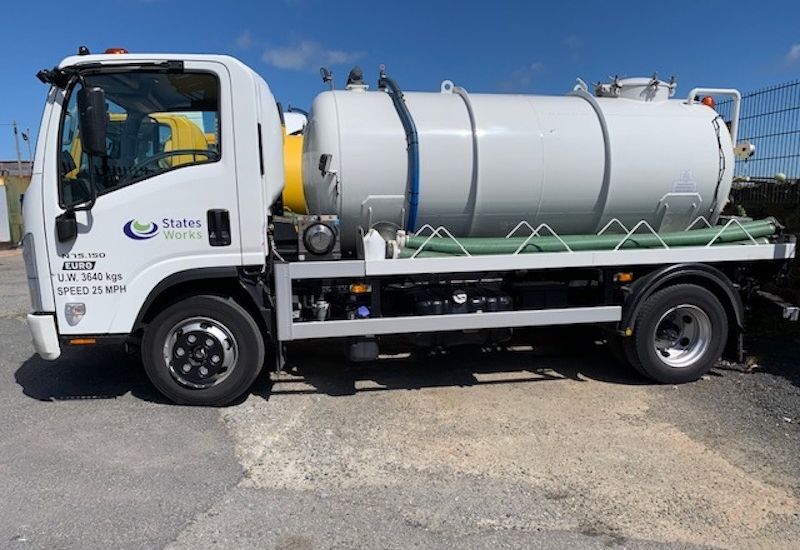 States Works is trialling a new narrower and more energy efficient sewage tanker that could lead to the transformation of the company's fleet.

States Works is trialing a new narrow body vehicle fitted with an aluminum tank, rather than the traditional stainless steel version used on the rest of its fleet. It is one of the smaller vehicles used to service properties in small lanes that are difficult for a full size tanker to reach.

The traditional small vehicles are subject to weight restrictions, which means they are often unable to empty a full cesspit in a single visit. However, with the lighter aluminium tank, the new one is able to carry a full load, meaning less trips are required. 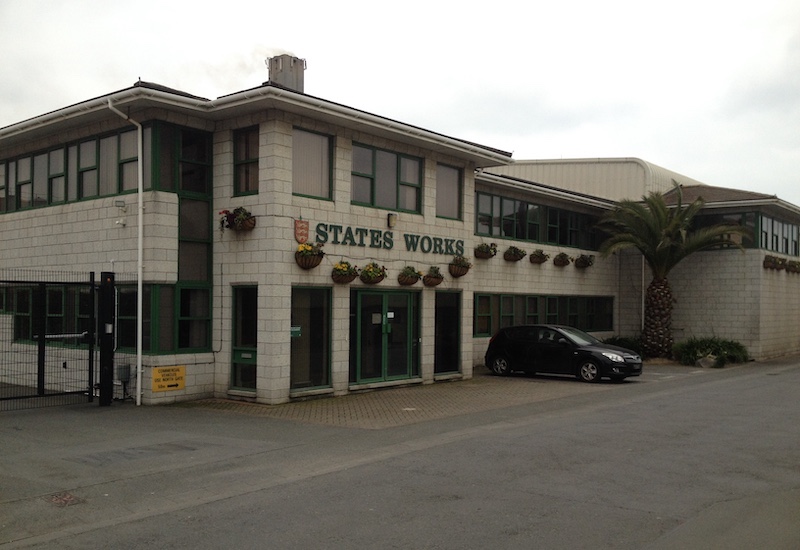 Pictured: States Works has a ten-year rolling replacement programme of its fleet of tankers.

Matthew Hardwick, Senior Manager (Technical) at States Works, said that so far the new vehicle is performing well, and if the trial is successful it could change the make-up of the tanker fleet.

“Tanks are commonly made of stainless steel because sewage can be corrosive," he said. "However, the contents of a cesspit is typically diluted by all the other wastewater from the property, such as from washing machines, dishwashers, baths, and showers.

“We may be able to make the aluminium tank more corrosion resistant as well, by applying some form of coating on the inside. However, the one we are now trialling has not had any special treatment so far, and to date, we have not had any issues.

“If it continues to perform well, then potentially we could adopt an aluminium tank as standard as we replace our fleet. As well as being able to carry a standard load with the narrow vehicles, it would also make them all lighter, so they would use less fuel.” 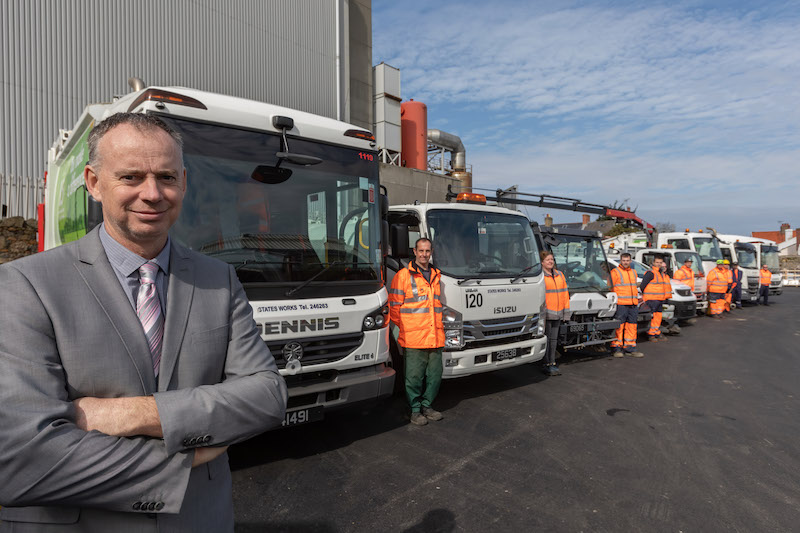 Pictured: The trial vehicle is one of 11 new tankers that States Works has taken delivery of in recent months as replacements to some of the company's older, yellow vehicles.

States Works currently has 25 yellow tankers and 11 newer white ones.

Mr Hardwick said the remaining yellow tankers will be replaced over time as they come to the end of their working lives.

“We have a rolling replacement programme, so we will gradually phase out the older tankers, and move to cleaner, more efficient vehicles. The ones which we have just replaced were on average around 10 years old.”

The 10 new tankers purchased so far - a combination of five single load and five double load tankers - cost £890k in total and the new narrow aluminium tanker will cost £71k.

Pictured top: The new aluminium tanker uses "the most up to date Euro 6 diesel technology, which provides a cleaner operation and better fuel economy", according to States Works.