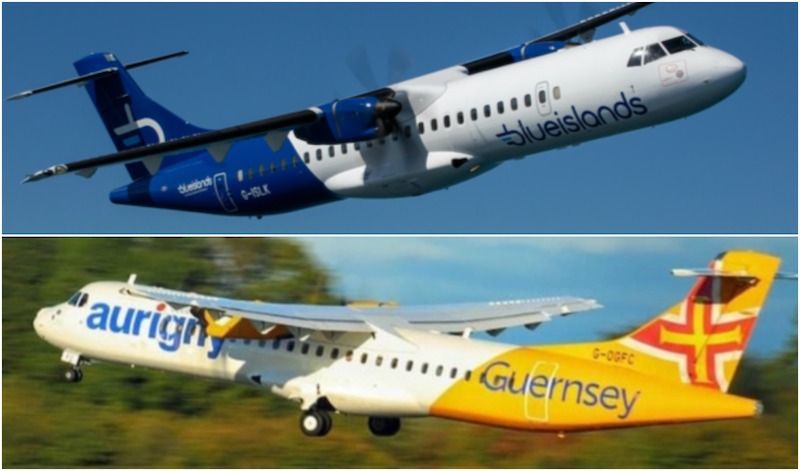 The States Trading Supervisory Board said it makes “good commercial sense” for Aurigny and Blue Islands to “harmonise” their services as border restrictions relax.

“Given the substantial overheads involved in operating air services, it makes good commercial sense for the airlines to work together,” said the Board’s President, Deputy Peter Roffey.

It follows yesterday’s announcement that Blue Island’s and Aurigny have agreed to co-operate on key routes, “harmonising” their schedules between Guernsey, Jersey, Exeter and Southampton.

Pictured: “In a post-Covid environment, the agreement should enable Aurigny and Blue Islands to extend the range of services they offer,” said Deputy Roffey.

The announcement has raised question marks around the open skies policy and the future of competition between airlines in the Bailiwick, an issue which will become clearer once a flight schedule is published.

Deputy Roffey believes public interest is at the centre of the decision.

“Passengers are at the heart of the agreement, which will ensure schedules and connections are convenient and flexible, as well as opening up new opportunities, including connections between Alderney and Jersey.”

“However, there will still be healthy competition between the two airlines, including on price,” he concluded.