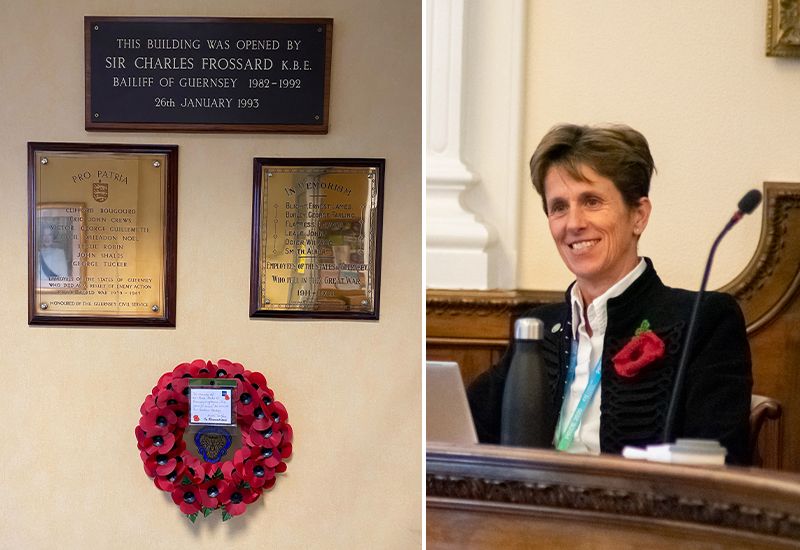 States' employees who lost their lives in the World Wars of the 20th Century were honoured in a remembrance ceremony held at Sir Charles Frossard House.

Deputy Heidi Soulsby, the Vice-President of the Policy & Resources Committee, laid a wreath at the States' offices in La Charroterie.

"I was honoured to lay a wreath at Sir Charles Frossard House in memory of States' employees who sacrificed much for our freedom," said Deputy Soulsby.

Meanwhile, the President of the Policy & Resources Committee, Deputy Peter Ferbrache, is in London today to represent the governments and people of the Bailiwick at the National Service of Remembrance at the Cenotaph.