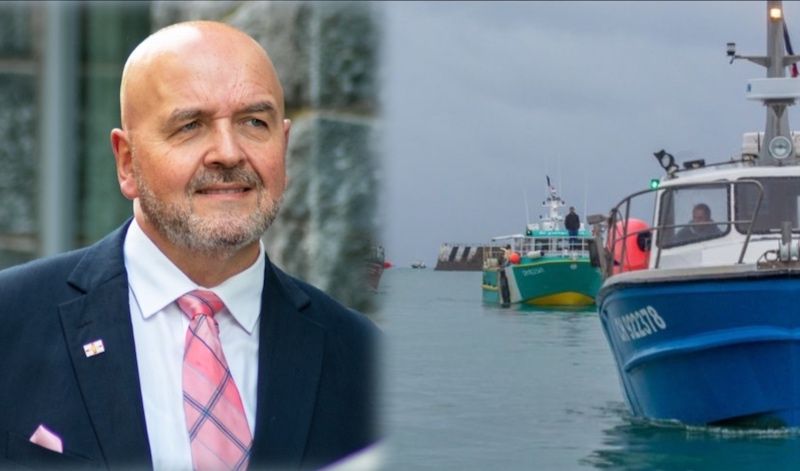 The States have today issued licences to 40 French vessels which will allow them to fish in Bailiwick waters after interim arrangements with the European Union end on 31 January 2022. Three other French vessels will receive licences in due course.

All the licences issued are to vessels based at ports in Brittany or Normandy. EU vessels without licences will be unable to fish legally in Bailiwick waters from 1 February.

The licences have been issued under the terms of the UK-EU Trade and Cooperation Agreement which accompanied the UK's withdrawal from the EU in January 2020.

Deputy Jonathan Le Tocq, External Relations Lead for the Policy & Resources Committee, said that issuing the licences was "a significant milestone" and demonstrated that "the Bailiwick is starting to exercise the new powers and control over our territorial waters...which we were not able to exercise in the same way when the UK was a member of the EU".

The 43 vessels to qualify for licences to fish in Bailiwick waters were determined after careful analysis of a list submitted by the European Commission of 58 applicant vessels together with data about the vessels' fishing and catch history. One key consideration was whether they had routinely fished in Bailiwick waters in recent years.

The vessels with licences will be allowed to fish within the 6-12 nautical mile belt, which is made up of the area formerly covered by the London Fisheries Convention and the Sark Box.

Discussions are ongoing about various technical issues ahead of the new licensing regime coming into effect on 1 February.

"We are now keen to progress discussions on 'extent and nature' and replacement vessels at the earliest opportunity," said Deputy Le Tocq. "We value our good relationships with Normandy, Brittany and La Manche, and I hope that today’s announcement provides welcome certainty and stability in this new era of the Trade and Cooperation Agreement.

"We look forward to continuing to work with our regional partners on other important projects of mutual interest, not least the survey for a possible direct electricity connection between Guernsey and France.”

Pictured: Deputy Neil Inder, the President of the Committee for Economic Development, said that issuing licences now would provide a satisfactory period of adjustment before the new licensing regime comes into effect on 1 February 2022.

Deputy Neil Inder, President of the Committee for Economic Development, said: “It is important that we maintain a stable and predictable economic relationship for the fishing industry in and around the Bailiwick. While some technical discussions are still ongoing between the UK and the EU, the Committee was keen to implement licensing in accordance with the Trade and Cooperation Agreement as soon as possible.

"At the same time, by allowing a two-month period between the issue of the licences and these taking effect on 1 February 2022 – during which the existing interim arrangements will remain – we are providing fishermen with plenty of time to prepare and adjust.

"Licensees will be expected to report all catch arising from Bailiwick waters. This is important, as it will allow us to monitor access under the Agreement.

"We now look forward to working with our neighbours on resuming access to the port of Diélette, so that Bailiwick fishermen can once again land their catch safely there, at the earliest possible opportunity."