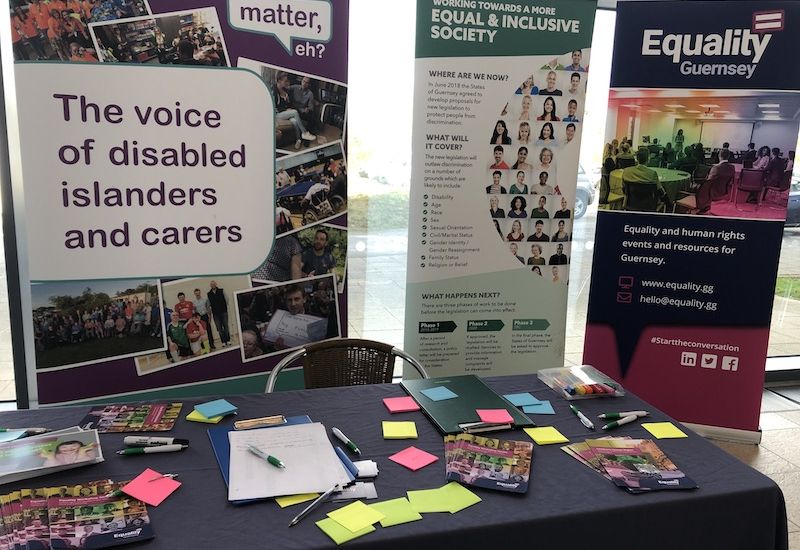 Equality Guernsey has launched a series of workshops to educate local employers and individuals about treating people fairly.

The series of events has been launched in partnership with the Committee for Employment and Social Security, which is currently working on non-discrimination legislation for the island.

"It's about fair treatment of everyone and giving individuals some of the power to right injustices that they face," said Deputy Emiilie Yerby from the committee. "We wanted to create something that would recognise the disadvantages that people across our society face and give those people the tools to really effectively address all of those disadvantages. It would make it clear to businesses, employers and the government what it is that we need to change in our community to make it as inclusive, welcoming and supportive as it's possible to be." 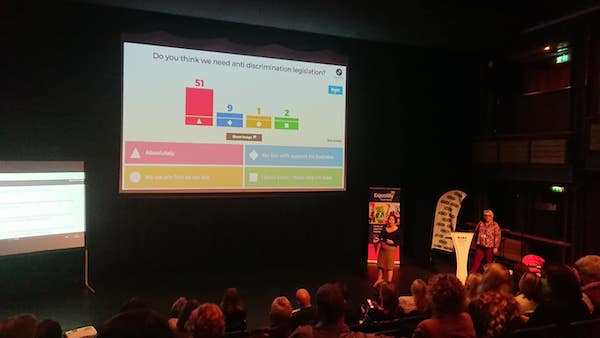 Pictured: Members of the audience were asked to anonymously answer a number of questions via Kahoot - an online platform.

Yesterday's launch, which was supported by the Guernsey College of Further Education and Specsavers, will be followed by a number of workshops ending with a conference on 4 July. These include talks on what children are learning about their rights, guest worker rights and local approaches to disability.

"The 2012 disability survey showed that 73% of non-disabled islanders generally felt cheerful, while only 47% of our 13,000 islanders with disabilities felt the same," added Rob Platt from the Guernsey Disability Alliance. "The children with disabilities turned away from using a local gym because the owner believed other members didn't like seeing them aren't laughing. The GDA member who couldn't join his family eating in a restaurant in Town because his guide dog was not allowed in isn't exactly ecstatic. The wheelchair-user who was denied the opportunity to take part in an employee training course simply because he is a wheelchair-user is not whistling while he works and the woman who was sacked by her employer because she has MS probably has had better days."

The launch aimed to '#starttheconversation' and asked attendees what they would like to see come out of the series of events. Answers included "A society where equality is openly talked about and discrimination is highlighted" and "An awareness of what rights mean in practice".

@emilieyerby outlining the need for Equality Rights Organisation otherwise it’s just rights in a piece of paper. 120 other countries have one so why don’t P&R understand it’s necessary? #starttheconversation

Ellie Jones from Liberate commented: "Until we don't have people questioning if schools should acknowledge the existence of LGBT people, until young people with LGBTQ parents aren't told that they might not be able to participate in foreign exchange programmes at schools over here, until gay guys can hold hands in the street without fear of being shouted at or beaten up and until all LGBT people are treated equally, fully accepted, fully included and not just tolerated in all aspects of the society we [Liberate] will still have to be here."

Equality Guernsey is a working group made up of local organisations and individuals looking to develop a 'rights-based' culture in Guernsey. It is chaired by Alan Brown who moved to the island in 2001 after working as a teacher in mainstream and special schools as well as Local Authority support services in and around the West Midlands. 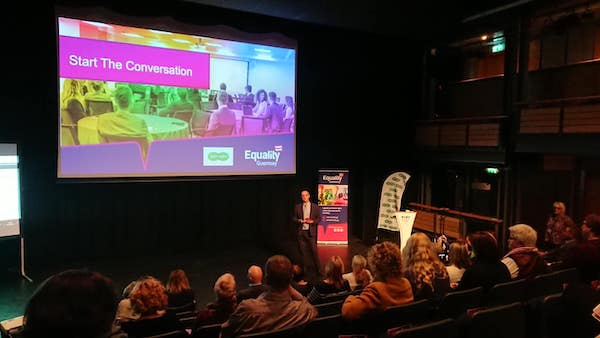 He was pleased with the launch: "There's over 100 people attending from a range of backgrounds and it was good to see so many people engaging in the quality conversation. It's a good opening event and we hope that we will have lots of people along over the series and to our conference in July to continue this conversation."

You can find out more about the workshops and book your place here.

ESS is planning to launch a public consultation on the anti-discrimination legislation this summer, before taking it to the States for approval.