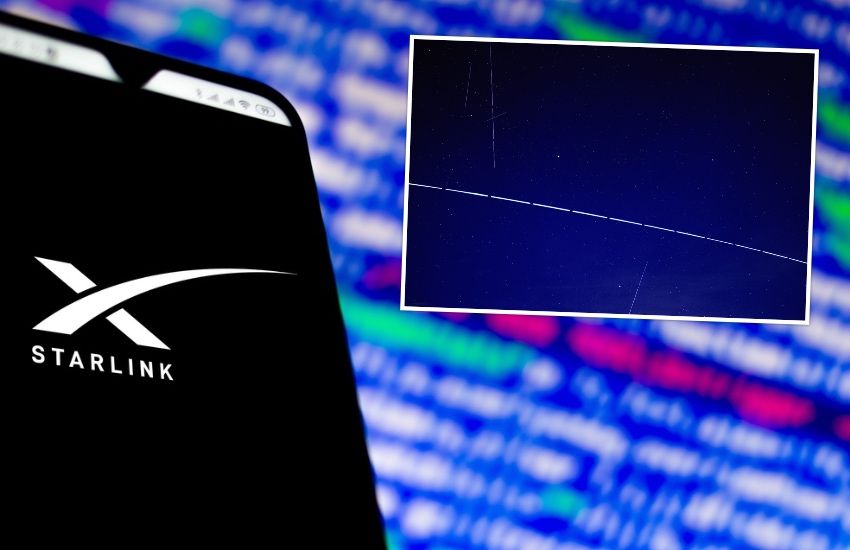 Starlink has applied to the Guernsey Competition and Regulatory Authority (GCRA) for a licence to establish, operate and maintain a telecommunications network in the Bailiwick with fibre-like speeds.

The service, which has been developed by Elon Musk’s SpaceX company, plans to provide satellite user terminal network and earth station in motion (ESIM) services to customers in Guernsey.

The company is proposing to provide high-speed, low-latency satellite internet services via its low earth orbit satellite communications constellation, with speeds above 100 Mbps download and 80 Mbps upload. The constellation of satellites can be seen at certain points of the year in clear night skies, appearing as a perfect line of lights orbiting the planet.

They also tout the provision of ESIM services on platforms in motion such as ships and aircraft.

The GCRA proposes to issue Starlink with a fixed telecommunications licence which permits their broadband services. It told Express that “Starlink is a global leader in providing high speed terminal network satellite services, which require no land-based infrastructure such as mobile phone masts or a cable-based broadband network”.

“Starlink chose Guernsey because it is well-regulated, economically stable and geographically well-placed to build on its existing European services.”

This proposed decision will become a final decision from 22 June 2022 unless otherwise notified by the GCRA. 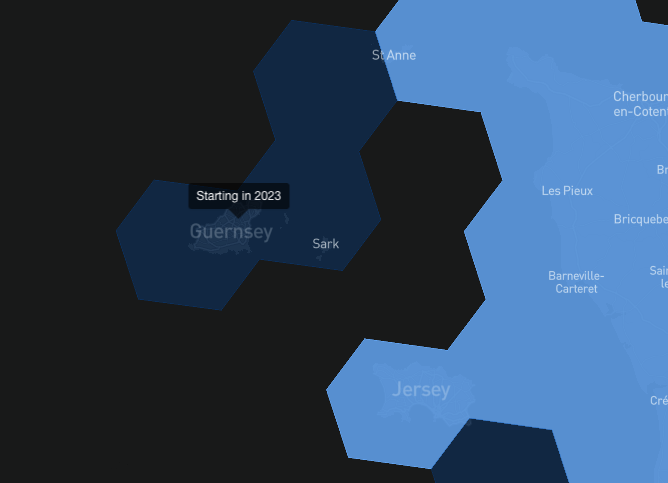 Pictured: Starlink's website seems to suggest that the service will be available from next year.

In March 2022 - following a consultation process - the GCRA published its final decision on a framework for licensing gateway earth station and user terminal network satellite services in Guernsey.

As part of that process, Starlink submitted an initial expression of interest in providing user terminal network satellite services.

The GCRA notes that their draft licence may require Starlink to meet other requirements and authorisations so they can provide their services. For example, a Wireless Telegraphy licence from Ofcom authorising spectrum use, or local planning approvals for any network structures.

But they added: “This is an example of the GCRA enabling innovative technological solutions for the benefit of Islanders and businesses”. 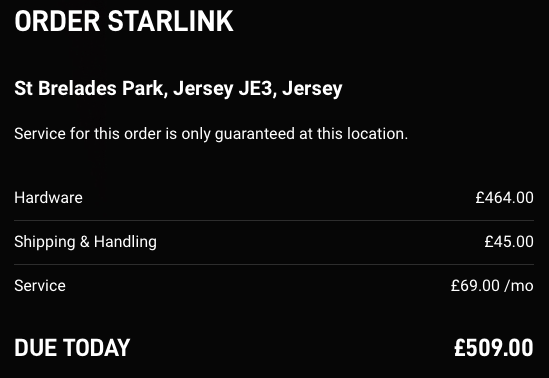 Pictured: Starlink is already available in Jersey. The receiver costs a one-time payment of £464, whilst the price for high-speed internet each month is £69.

At the time of the approval of the framework, the GCRA said that the provision of satellite services is consistent with the States of Guernsey’s future telecoms strategy.

They argued that a benefit of these services includes “a cost-effective alternative mode of high-speed broadband service delivery for remote parts of the Bailiwick where laying fibre is uneconomic”.

A copy of the proposed licence is published on the GCRA website HERE.

The public have until 17:00 on Wednesday 15 June to make written representations or objections about this proposal.

These may be made to the GCRA by email to info@gcra.gg or alternatively in writing to:

All written comments should be marked ‘Starlink Telecommunications Licence’.