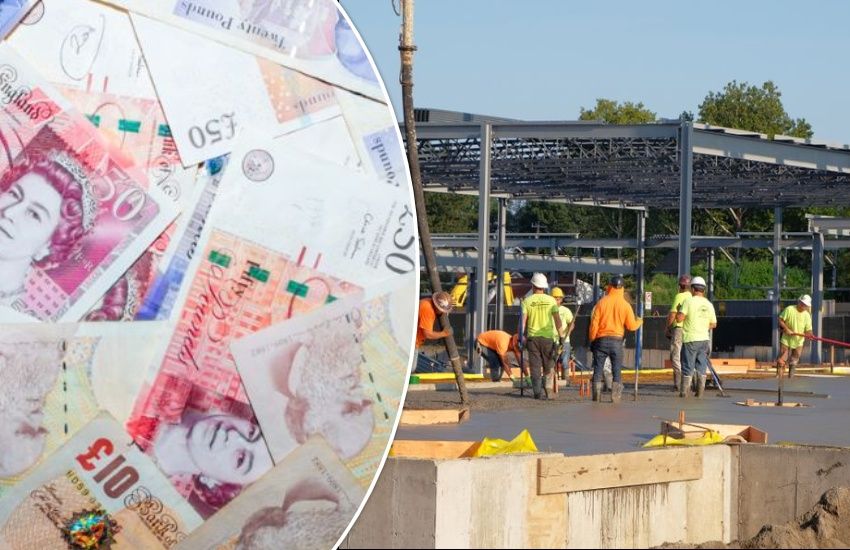 With many employment sectors continuing to feel the pressure of staff shortages, one industry body has spoken out about the combined issues that's causing when coupled with inflation hitting its highest level for 30 years.

The States confirmed this week that RPI has reached 7.9% - almost double what it was a year ago.

Pictured: The latest RPI and RPIX figures were released this week, showing that inflation has almost doubled in a year. It is also at its highest since the early 1990s.

The States calculate RPIs based on the cost of nearly 600 individual items from the average changes in prices of around 2,000 goods and services.

The changes are weighted and used to update 14 group indices and the overall index. These are then split into the (all items) RPI and the RPIX which excludes mortgage interest payments (from within the Housing group).

The latest inflation statistics have also included for the first time a Household Cost Indices (HCIs) alongside the usual RPIs. These have been included to "aid in the understanding of the differences in rates of price inflation being experienced by different types of household".

One way this will reflect differences in lifestyle is how some households may change the way they prioritise spending on essential and non essential goods and services which then has a wider impact on businesses.

Pictured: Staple and Additional goods and services cover different items, which people may look to spend their money on.

The Guernsey Building Trades Employers Association, which represents industry officials, businesses and self employed individuals across the sector, said that the spike in inflation rates over the past year is "not good for business or indeed the general population at large".

Brian Singleton, Secretary of the GBTEA, said rising costs are causing problems for the industry but they are also conscious that the pressures facing construction firms are relevant to many other industries and are not exclusive.

"From a GBTEA perspective we would say that the high rate of inflation is just one of several serious issues facing the construction industry at present," he said, explaining that the list of current issues includes:

Mr Singleton said that all of these issues are contributing to the construction industry feeling the pressure of rising costs and the rate of inflation.

He said some smaller firms in particular struggled to recover from the impact of the covid pandemic and the increased costs they are now facing is causing problems too.

"We are not aware that building firm failures have increased substantially, (certainty not within our membership)," he said, "but believe several small building trade firms have ceased trading since the Pandemic.

"However, we believe all the above are relevant to many other industries within the island and not exclusive to construction".

Many will face 'heating or eating' choice this winter

The basics of inflation

Inflation more than doubles in a year

Inflation latest due out today

Foodbank gets busier every year