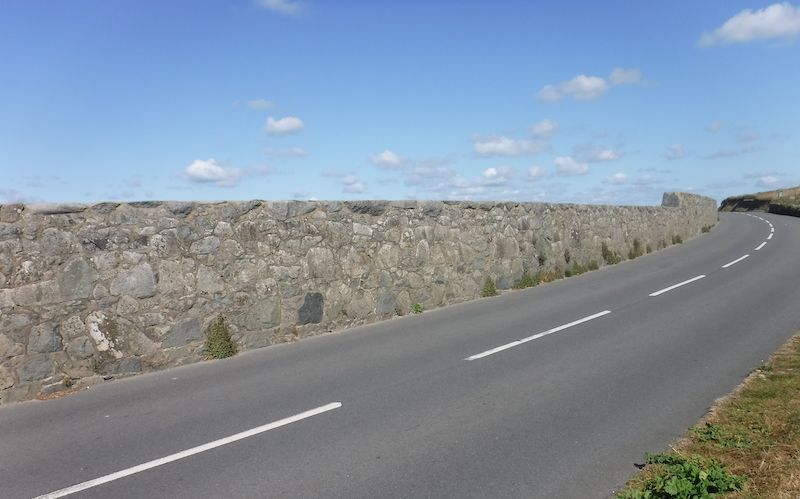 Repair works to the sea wall at La Croix Martin in St Saviour are starting today, and are expected to run on until the end of November.

While there are no plans for the coast road to be closed during this time, a spokesperson for the States said there was possibly going to be the need for 'traffic management' at some point in the works - they guessed around early September.

The spokesperson also said the speed of the work would depend on the weather conditions.

"Works are planned for repairs to both sides of the sea wall between La Croix Martin slipway and Le Catioroc, which will include pointing works to improve the general condition of the sea wall. The contractor undertaking the work is Stoneworks Ltd. and will be overseen by Engineers from Property Services."

Pictured top: The road which runs along the sea wall.

Roadworks warning for week ahead