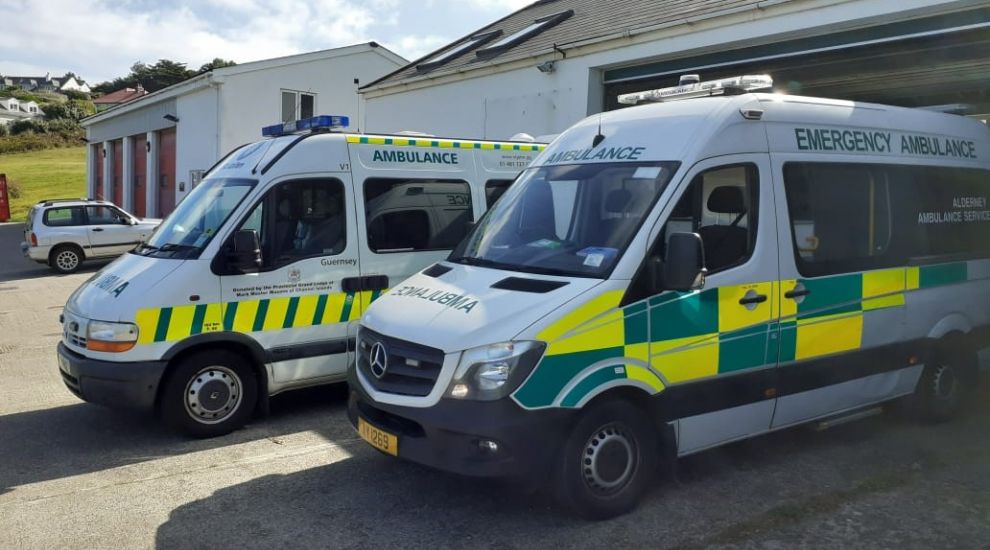 One of St John's ambulances has been shipped to Alderney to provide cover while one of the island's own vehicles is undergoing repairs.

The ambulance - which is normally used by St John’s event first aid volunteers in Guernsey - will primarily be used for non-emergency patient transfer cases and medevacs, while Alderney’s other frontline ambulance will continue to be used for emergency cases.

The Guernsey ambulance will be crewed by members of the Alderney’s ambulance service, with the States of Alderney covering the shipping costs.

Guernsey’s Chief Ambulance Officer Mark Mapp said: “As sister islands we have long standing arrangements in place to give assistance when necessary. St John was able to respond promptly to the request from Alderney by sending one of the ambulances which is normally used by volunteers at public event.

“The St John charity still has two ambulances and a car available for event duty in Guernsey. There will also be no impact on the Emergency Ambulance Service, which has a fleet of five frontline ambulances, plus its own Patient Transfer Service vehicles.

Similar mutual aid agreements are in place between Guernsey and Jersey, as well as Guernsey and the UK, as a contingency to ensure resilience.

States of Alderney CEO, Kath Jones said: “We are grateful to St John in Guernsey for lending us an ambulance to cover the period while the older of our two existing vehicles is undergoing maintenance.

“This will give the Alderney Ambulance Service extra resilience during this time and help ensure the service for patients requiring transfer to medical appointments is maintained.”