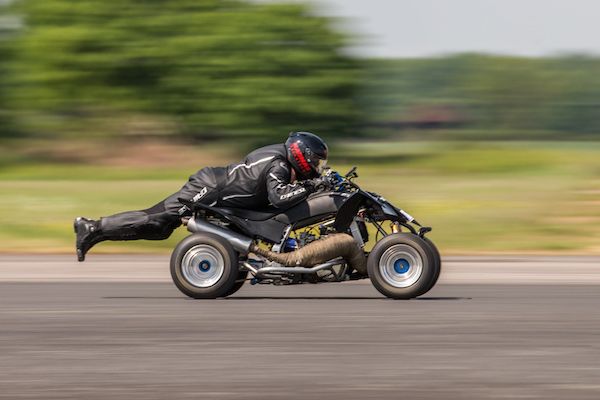 Zef Eisenberg and his MADMAX Race Team will be setting off on ice today, aiming to break the 200mph barrier on a new surface.

He's already set speed records on tarmac and sand, seriously injuring himself in the process. Since then he's successfully steered his way back to fitness and has continued racing.

His latest challenge has seen his Guernsey-based team travel 2,000 miles to Arsunda in Sweden for the famous Speed Weekend, which starts today and weather permitting will see races over the weekend, with some of the best ice racers in the world competing for the fastest flying kilometre.

On a track set out on a five-mile frozen lake, set in a National Park. Only 100 people were invited to take part on a first-come, first-served basis. Each year, the event is booked up in 10 minutes.

This will be the first time that a Guernsey/UK-based team has tackled the ice Speed Weekend, and the team’s supercharged Suzuki Hayabusa has had to be specially adapted for the extreme ice-strip challenge. The 350bhp machine reached 230mph on tarmac in September 2018, but for Arsunda, hundreds of handmade titanium spikes have been bolted to the tyres, along with a stainless-steel carcus needed to stop the crazy centrifugal forces ripping the tyre apart.

The MADMAX team will have to tackle the temperature in Sweden, which will be between -20 and -30 degrees celsius. Add the wind-chill factor at maximum speed which will become -49 degrees.

“Arsunda presents a whole new set of challenges,” said Mr Eisenberg, “but we’ve put a lot of time and effort into the preparations – even my girlfriend, Mirella, has been helping put the Ti spikes into the tyres for nights on end! We are excited to get out there and see how the bike performs.”

The Guinness Record for a motorbike on Ice stands at 300kmh (187.5mph) and no one has ever achieved 200mph on Ice with a motorbike.

Later in the year, just a month after Sweden at the start of April, Mr Eisenberg will also return to Pendine Sands, South Wales to contest his own World Sand Record title on board the Suzuki Supercharged Hayabusa dubbed the ‘The Green Monster’. 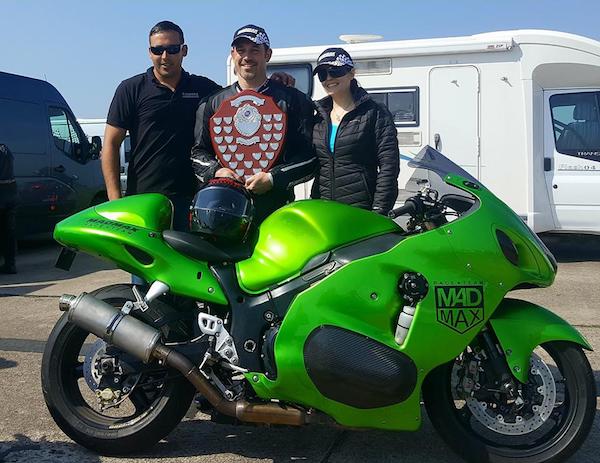 Pictured: Mr Eisenberg with his team.

In 2018 Mr Eisenberg became the ‘fastest motorbike on sand’ in the world, just 20 months after surviving Britain’s fastest-ever (230mph) motorcycle crash. He spent three months in hospital, followed by three months in a wheel chair, but defied the odds to race again in under a year. He said: “This year, I’m devoting my records to MIND, the mental health charity, that supports people in dark places, a place I understand only too well, after my life threatening crash.”

“I’m well and truly a speed addict,” said Mr Eisenberg. “It’s in my blood. Those who are addicted to speed, will understand – it’s all about the quest to overcome the challenge and battle the laws of physics.”