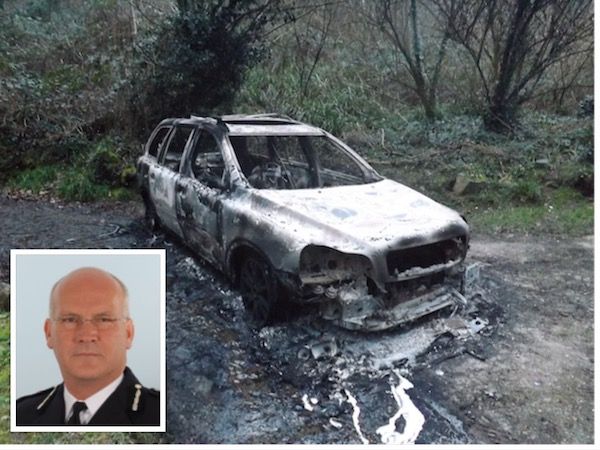 Guernsey's Police Chief has taken the unusual step of commenting on a live investigation following mounting speculation about the events leading up to the remains of a human skeleton being discovered in a missing man's burnt-out car at Petit Bot.

Patrick Rice released a statement denying that further human remains had been found, after what he called a "significant amount of speculation" over the weekend about what really happened to the missing Latvian Mikus Alps - the identity of the body in the car has still not yet been officially confirmed.

The head of law enforcement in the Bailiwick says further tests are needed, but the remains were found in a car belonging to Mikus Alps who was last seen on the day the car was destroyed in a fire.

The 33-year-old Latvian national had been living in Guernsey, where he's believed to have once worked as a grave digger. 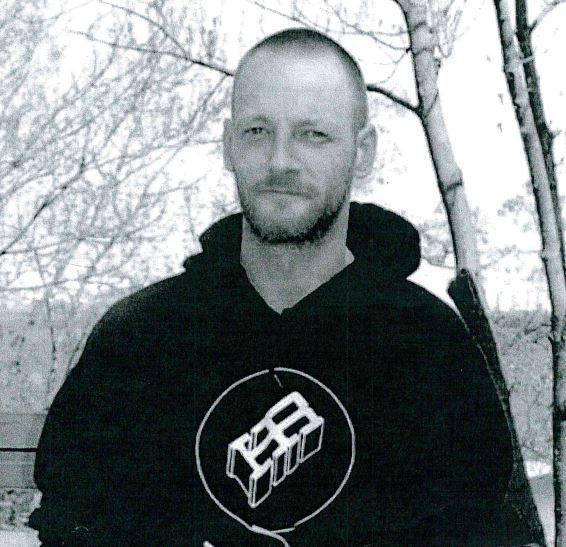 Pictured: the missing Latvian, Mikus Alps - over the weekend, Police confirmed the burnt-out car belonged to him.

In his statement, Chief Officer Rice, said he is aware of reports being shared online locally and internationally, in relation to Mr Alps disappearance and his car being found burnt out.

He said he was using that as an opportunity to: "...update the community on the factual position of the investigation.

"We have confirmed the identity markings on the car. The vehicle is registered to Mr Mikus Alps, who as we previously confirmed was reported missing on Wednesday 10th January. Officers have carried out searches at various properties linked to Mr Alps. I am aware of speculation that further remains have been found. While I would not normally comment on rumour, on this occasion I will confirm that no such additional discovery has been made.

"I can also now confirm the presence of parts of human skeletal remains in the car. This was confirmed following examination by a specialist in the field."

The Police took the unusual step of issuing their statement amid growing speculation locally and internationally about what happened, and Mr Alps's alleged links to a Ukrainian military group. News websites in the Ukraine are speculating on how Mr Alps's died. 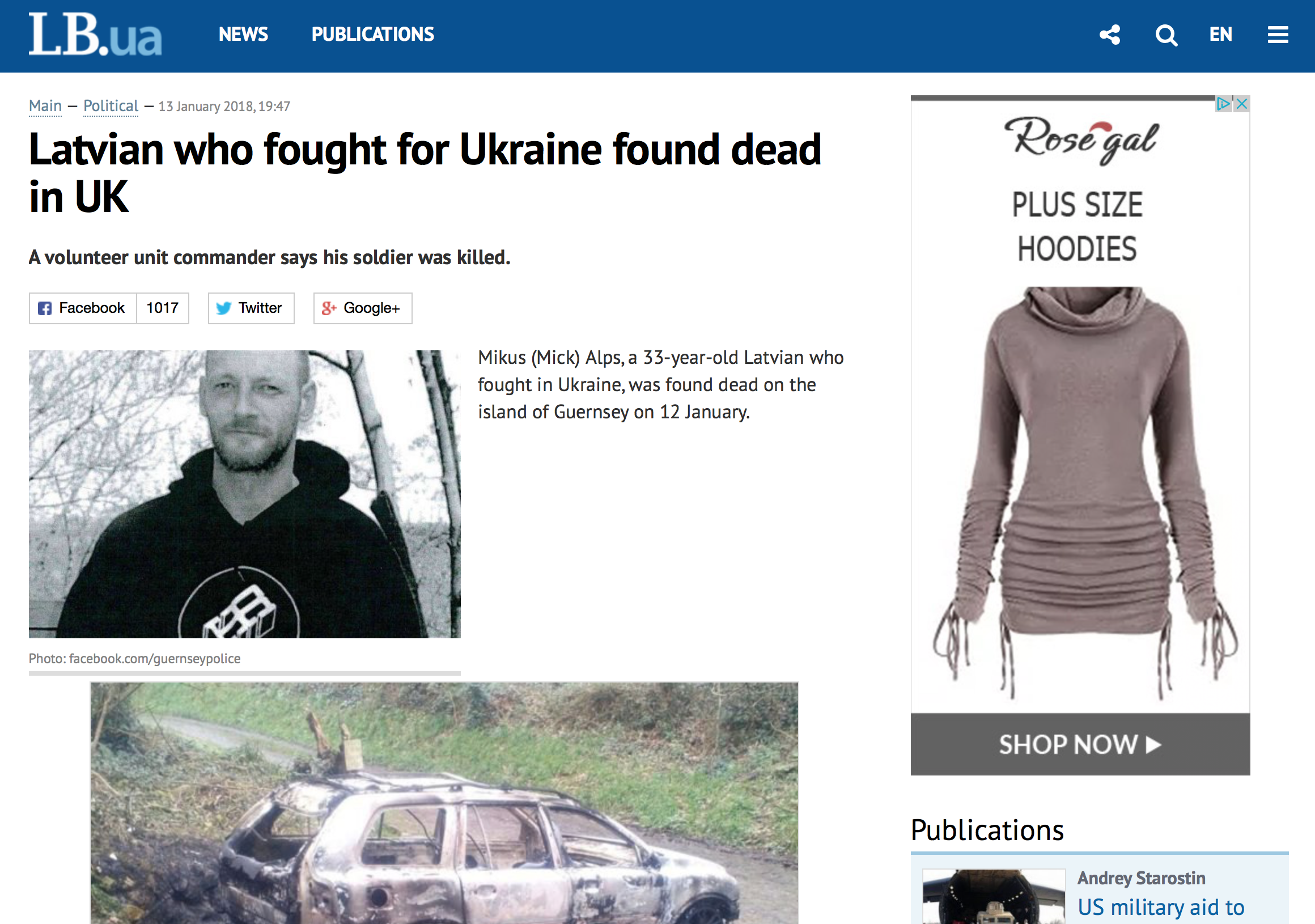 Pictured: One of the Ukrainian news websites reporting speculation about what happened to Mr Alps.

But Mr Rice moved quickly to counter those allegations, and warned that speculation could harm the ongoing investigation: "At this point I cannot stress enough that people should avoid jumping to conclusions or speculating on this case. We cannot confirm the identity of the deceased at this stage. A post mortem (examination) will be carried out later this week, with further forensic tests needed to try and confirm identity. This process may take a couple of weeks due to the nature of the remains.

"I would also repeat our earlier statement that we are keeping an open mind about the potential direction of this investigation. We will be guided by facts and not speculation."

Guernsey Police will be holding a media conference today, to provide an update on the case. They have also warned that they will hide or delete comments on their own Facebook page which they judge to be inappropriate.