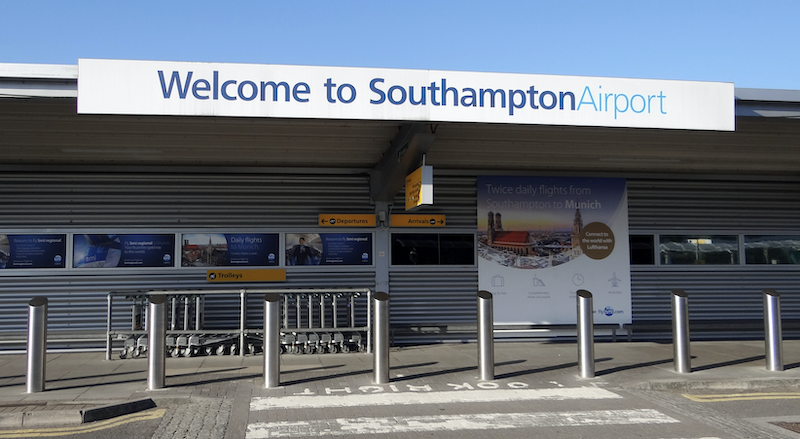 Inaccurate Public Health data in the UK meant that the South East has been wrongly categorised as a Category 3 region since last Friday.

5,000 positive lateral flow tests across the UK were counted as two new positive cases instead of one.

The subsequent updates to Public Health England data mean that the South East region of England is reclassified as Category 2, which only requires travellers to isolate until they receive a negative result from their on-arrival test.

Had the English data been correct, the South East would have moved to Category 2 last Friday (14 May) and those travellers who tested negative on-arrival since then would have already been released from quarantine.

"We are aware of approximately 160 travellers who have arrived in the Bailiwick since Friday who might have been impacted by this update, specifically relating to those travelling from, or in some cases through, the South East of England," said Public Health. 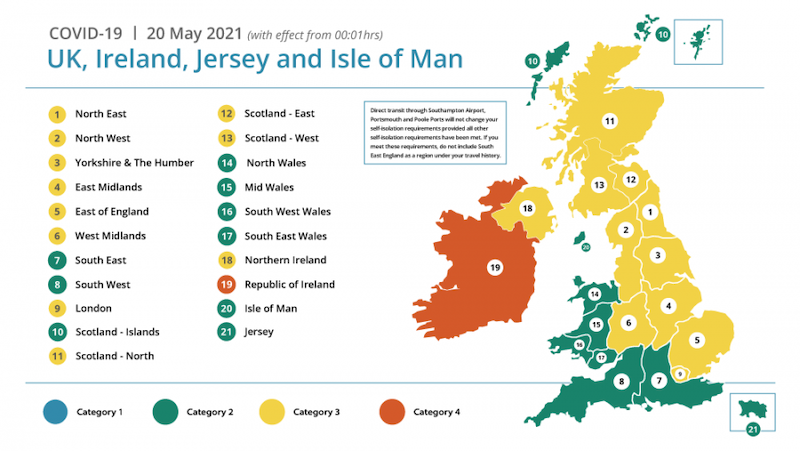 Pictured: The updated map showing what Category each region of the UK falls into.

"Staff from the Guernsey Border Agency and Public Health Services have already started to contact these passengers to advise them of the issue and to make the necessary changes to their self-isolation requirements."

The Bailiwick's Public Health Director Dr Nicola Brink said: "It is unfortunate that this discrepancy in the data occurred and will have impacted on some arrivals to the Bailiwick.

"However, teams of staff are working hard to contact everyone impacted as it would be unreasonable to make travellers continue to abide by category 3 self-isolation and testing requirements when they have only ever been in a category 2 country or region in the 14 days prior to arriving in the Bailiwick."

Anyone who thinks that they may have been affected by update, and has not been contacted by midday today (20 May) should email travel.tracker@gov.gg.