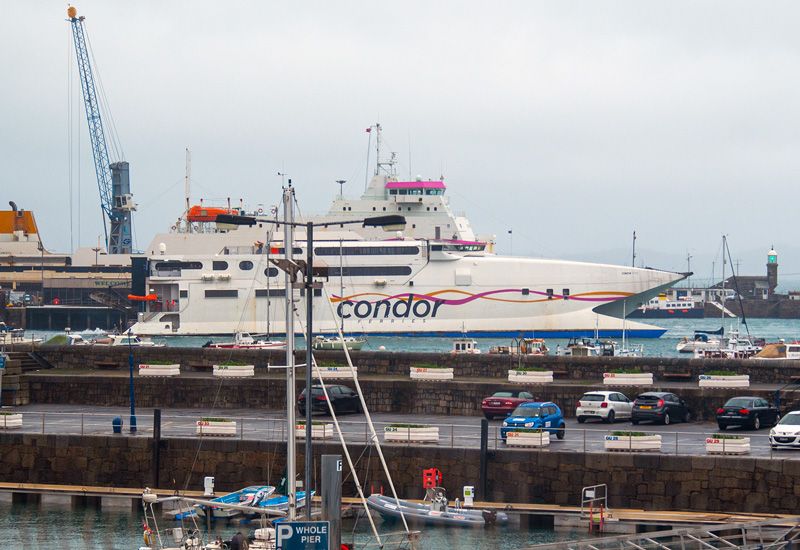 The Condor Rapide, owned by the ferry company since 2010, has been shipped off to Spain.

Condor made the announcement following questions by Express, which were first posed last week. The Rapide's replacement, Condor Voyager, has entered service following completion of sea and port trials.

"Condor Rapide was the next vessel to be changed as part of our rolling fleet replacement programme," said Elwyn Dop, Condor’s Operations Director.

"After many years of good service it was time to replace her, so the much larger Voyager will significantly increase capacity on our key routes and this change demonstrates our commitment to the islands." 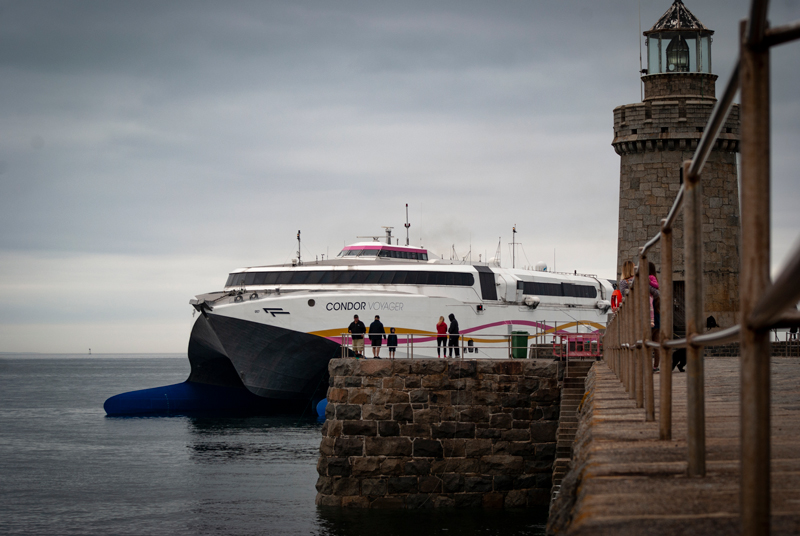 Pictured: The Voyager, an Incat-manufactured vessel, has had a choppy start to life in the Condor fleet. It does not have bow thrusters, which help to counter the forces of wind and tidal current when manoeuvring in close quarters.

The Voyager was unable to berth on its first sailing to Guernsey and has experienced some delays to services so far due to "technical" issues.

The vessel, a 98m-long high-speed catamaran, is wholly owned by Brittany Ferries, a minority shareholder in Condor. Mr Dop said the lease of Voyager from Brittany Ferries provides an opportunity for Condor to "fully evaluate" the vessel.

He continued: "We wanted to take the opportunity whilst it was available. The ship is very smooth and quiet with large, light open spaces and offers a significantly greater passenger and vehicle capacity than our other high-speed craft. Her top speed is also higher and will reduce crossing times on the routes she operates.

"With any change of vessel, there are things to learn about and improve and we will be looking at various options and modifications in the future but we view her introduction as a positive step for ourselves and the islands."

Pictured top: The Rapide will start a new life for Trasmapi, an operator from Spain, after maintaining sailings for Condor for 11 years. Voyager is based in St Malo from where she is operating to Jersey, Guernsey and the UK

Travellers should be mindful of UK strikes